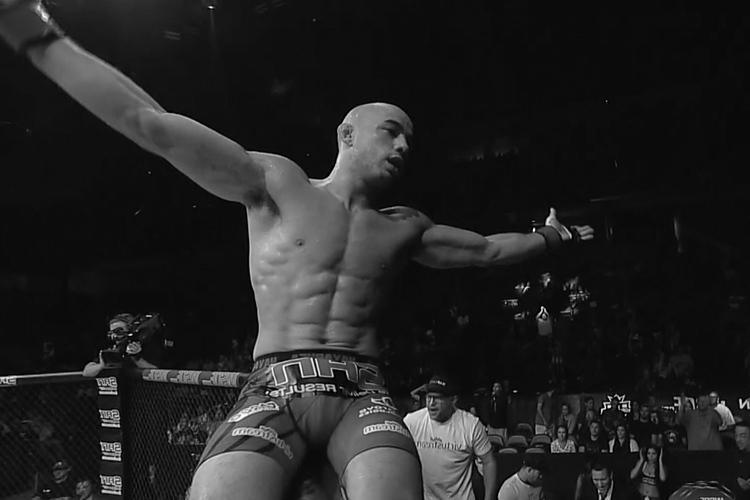 After a vomit-inducing UFC Liverpool card, I’m looking to rake in some fat stacks of cheddar as the UFC heads to New Jersey this Friday. While there are many fights that I can’t get a solid read on, here are my breakdowns of the ones that I think are playable.

For all you degenerates that like to bet on Cage Warriors, you’ll be familiar with Nathaniel Wood. An aggressive striker with crisp boxing combinations, Wood normally overwhelms his opponents with pressure and finds the right openings to land a kill shot.

While he’s looked impressive against regional opponents, he’s still a bit green. Much like his mentor, Brad Pickett, Wood is there to be hit. He took a number of shots against UFC veteran, Vaughan Lee, but was undeterred by Lee’s power. Against Josh Reed, he came perilously close to getting finished before mounting a spectacular comeback.

If Wood leaves himself open as he’s done in the past, he could easily wake up staring at the lights. While a little long in the tooth, Johnny Eduardo is a legitimate muay thai striker with deadly leg kicks and knockout power.

Eduardo rarely gets humiliated in striking battles. In his UFC tenure, all the opponents who’ve bested him have been grapplers. His one lone TKO loss came as an accumulation of ground strikes against a high level wrestler.

On paper, this looks like yet another squash match where the aging veteran is brought in to collapse against the bright prospect. The actual footage of both fighters doesn’t support this narrative.

Wood deserves to be the favorite here, but there’s no way he should be -290 against a proven veteran like Eduardo. In a fight that’s likely to resemble a shootout in the O.K. Corral, I have no problem taking a stab on Eduardo at +245.

Late replacement, Chance Rencountre, looks to have a terrible stylistic matchup for his UFC debut. Although he has a number of submission wins on his record, he’s not a great wrestler and doesn’t mind getting into a striking war.

Although he’s the taller, rangier fighter, he doesn’t use his reach as well as he could. Also worryingly, he leaves his hands low after throwing which will leave him wide open for the counters of Muhammed, who is far more fundamentally solid.

In his last fight, Muhammad fought a rangy striker in Tim Means who is excellent at keeping opponents at the end of his punches. I think he should have no problem bobbing and weaving inside against Rencountre.

It’s worth noting that Muhammad is preparing for this fight while fasting for Ramadan. While this sounds difficult, he’s done this several times in the past and listening to his interviews, it seems like he’s got the hang of it.

I expect Muhammed to land his trademark leg kicks and boxing combinations to score a late knockout or decision victory. Unless the gambling gods are feeling spiteful, Muhammad is an acceptable parlay leg at -400.

This is a highly favorable matchup for the surging Swedish muay thai striker, David Teymur. I don’t feel that Lentz can hang in any capacity if Teymur is able to keep the fight at range.

In his last bout, Teymur performed excellently against a well rounded prospect with good wrestling. Every time Drakkar Klose tied up with him, Teymur would find a way to disengage and circle out. Teymur’s counter-wrestling looked great and even when he was taken down, he was able to get back to his feet quickly. All of these signs are encouraging against a smothering grinder like Nik Lentz.

Lentz can look sloppy at times. He did not react well after absorbed knees to the body from Charles Oliveira. This is encouraging for Teymur, since he has some devastating body kicks in his arsenal.

If Teymur fights tight and technical, it’s his fight to lose. I just hope he manages his energy intelligently because Lentz is tough to put away and has a nasty guillotine he could lock in during a crazy scramble. David Teymur is the play at -280.

Two welterweights that have fallen upon tough times lock horns this Friday.

While both fighters have been on the wrong side of numerous highlight reel knockouts over the past few years, it’s Ellenberger who has faced the far higher level of competition.

In fact, Ellenberger has likely faced the toughest schedule of opponents out of anyone in the UFC roster – which makes his losses more excusable.

An All-American collegiate wrestler and power puncher, Ellenberger lacks the finesse which separates the true contenders from the rest of the pack. This doesn’t mean he’s a bad fighter by any means, but it’s clear where his ceiling lies.

On the other hand, Saunders is known primarily as a ground fighter. With long limbs and a dangerous guard, he can lock in submissions that are unavailable to fighters with a more compact body type. The jiu-jitsu acumen of Saunders is likely to be irrelevant here, as he will have a tough time taking Ellenberger to the mat.

On the feet, Saunders has a serviceable outside kicking game, but he doesn’t perform well in boxing range. Despite his long reach, he lacks the jab or footwork that would be required to keep a shorter opponent like Ellenberger at bay.

Training under renowned striking coach, Jason Parillo, I believe Ellenberger will be able to close the distance and make Saunders’ head explode like a balloon. Jake Ellenberger is the play at -190.

On paper, this fight is incredibly close.

Jimmie Rivera is known for his high volume, boxing-centric attack. He pushes a crazy pace and showcases an excellent shot selection to capitalize on his opponents’ openings. While he throws a lot of straight shots, his crisp left hook often catches opponents by surprise.

Rivera’s conditioning is excellent, as is his chin. Thomas Almeida landed numerous strikes on him, including a flush head kick, and Rivera was never in trouble. Rivera also has his wrestling base to fall back on in order to steal close rounds.

With a muay thai base, Marlon Moraes is more diverse than his opponent on the feet. Moraes has a range of destructive kicks, including the switch kick that obliterated Aljamain Sterling. Given that Rivera leans heavy on his lead leg, I expect this will be a target for the low kicks of Moraes.

For a muay thai stylist, Moraes has accurate hands and slick counters. Rivera will need to watch out for more weapons than his counterpart in this matchup.

At +105, I favor Marlon Moraes. I also think there is tremendous value on Moraes by decision at +245.

With the volume of Rivera and the accuracy of Moraes, I wouldn’t be surprised if this fight is a nightmare to score for the judges. Keep your eyes peeled for the split decision props for both fighters.