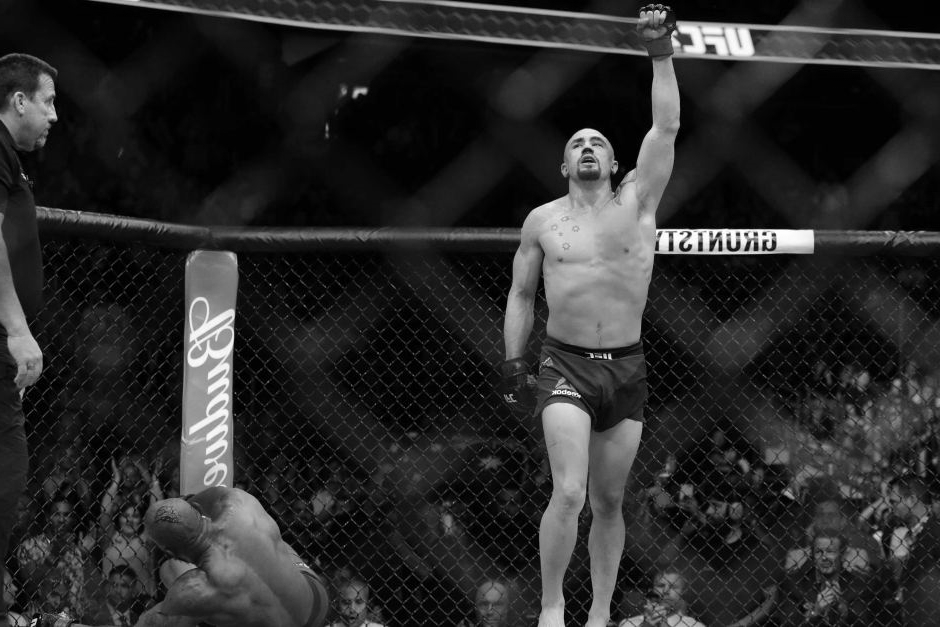 After a profitable UFC Utica card, I’m looking to keep the money train rolling as the UFC heads to Chicago this weekend. While there are plenty of exciting fights, I’m not in love with the card from a gambling perspective. Nevertheless, here are my breakdowns of the fights that I think are playable.

Two fighters that impressed on Dana White’s Contender Series will now go toe to toe in the octagon.

Stylistically, this is an interesting match-up. In their regional footage, both fighters primarily deployed grapple-heavy game plans. Mike Santiago is larger and could be the superior wrestler, but I believe it would be unwise to tangle on the mat with a credentialed black belt like Dan Ige.

In Santiago’s two UFC fights, he took down Mads Burnell and Zabit Magomedsharipov only to have his back taken by both opponents. Although Santiago was defeated in both fights, he took on Magomedsharipov on short notice and was battling pneumonia while preparing for Mads Burnell. As we saw in Liverpool, Burnell is a tenacious grappler that is difficult to look good against – and he came in heavy against Santiago.

Ige is a rough and rugged Hawaiian with a dangerous ground game, but he lacks a bit of finesse in the striking realm. Ige’s previous opponent, Julio Arce, used his superior boxing fundamentals to cruise to a decision victory.

Santiago throws fluid boxing combinations and has a thudding body kick in his arsenal. So long as he stays standing, I believe he’ll be the cleaner and more impactful striker. I think there is a bit of value on Santiago at +130.

No matter what happens on Saturday, Joseph Benavidez will go down in the history books as one of the best fighters of all time in the lighter weight classes. His only losses have come against the elite of the elite: Dominick Cruz and Demetrious Johnson. Now 33, Benavidez is coming off a long injury layoff due to a torn ACL.

While I believe Benavidez is the more well-rounded fighter in this bout, his opponent has a 5 inch reach advantage and is the superior technician on the feet. Benavidez throws his body into his shots while Pettis is highly energy efficient.

Pettis has good distance control and fires off a crisp jab. I feel that Benavidez will get tagged repeatedly before shooting for a takedown.

The big question mark for me is the takedown defense of Pettis. In his last bout, Pettis was humiliated in the grappling exchanges by Henry Cejudo – an Olympic gold medalist in freestyle wrestling. While Benavidez isn’t one of the elite wrestlers in the UFC, he’s had no problem scoring takedowns throughout his career.

Can Pettis stuff takedowns and get the better of the striking exchanges? It’s well within the realm of possibility. Given that Pettis isn’t a power puncher, I think there is value on Sergio Pettis by decision at +300.

If you’re looking for a safe bet, I believe the fight will go to decision and -280 isn’t a horrendous price to pay.

During his time at Jackson-Wink, Arlovski turned into a bit of a head hunter and received mixed results.

I’ve been impressed with the improvements he’s made since joining American Top Team. He used his length, footwork and angles to outpoint a shorter limbed boxer in Junior Albini and used his wrestling offensively (for the first time ever) to control Stefan Struve on the mat.

At 39 years of age, he’s finally realized that it’s more appropriate to fight like a savvy veteran instead of a ferocious power puncher. He will need to use his fight IQ if he’s going to deal with the explosive brawler that is Tai Tuivasa.

A gigantic, animalistic man, Tuivasa doesn’t throw soft jabs to rack up points for the judges. He’s coming in there to kill you, preferably in round one. In his own words: “The quicker I get it done, the quicker I’m at the bar.”

Tuivasa cuts a lot of weight to make heavyweight and commits on all his shots. Sooner or later, we’re going to see someone defend the first round avalanche and then defeat Tuivasa when he slows down. I’m not sure if that happens this weekend, but I’m willing to take a chance on Andrei Arlovski at +235.

I will be monitoring Tuivasa’s energy expenditure in round one with a view to increasing my stake on Arlovski in-play.

Forever written into MMA folklore as the first woman to defeat Ronda Rousey, Holly Holm has received mixed results since that magnificent night (albeit against high level competition).

While she can be hesitant at times, Holm is an athletic, fast, fundamentally solid kickboxer with great counters. Although she’s lost to elite strikers like Valentina Shevchenko and Germaine de Randamie, both of those fights were chess matches at range.

Holm’s opponent this weekend, Megan Anderson, is an aggressive striker with porous defense. I believe this is the perfect matchup for Holm’s skills to shine.

Women’s MMA is notoriously high variance, but unless there is some dramatic evolution from Anderson since we last saw her or Holm has completely deteriorated, I believe the -255 price tag for Holly Holm is justified.

Every SJW, sci-fi fan and Brazilian patriot will be tuning in to see the pantomime villain and All-American collegiate wrestler, Colby Covington, get his ass kicked this weekend. Unfortunately for them, I don’t think that’s what happens.

While you may hate Covington’s deplorable social media antics, don’t let this blind your opinion of him as a fighter. Aside from his submission loss to Warlley Alves, Covington has used his wrestling base to ride roughshod over the welterweight division.

Dong Hyun Kim is a physically imposing welterweight with an extensive judo background. He’s used to bullying smaller fighters around in the clinch, but against Covington, he was the one getting bullied.

Rafael Dos Anjos is an excellent fighter and will have a decided advantage in the striking exchanges if the fight stays at range. However, I don’t believe that Covington will give Dos Anjos any space to operate.

If Covington slows down and gets stuck on the outside, he could be in for a horrible night. That being said, Covington’s cardio has looked fine throughout his UFC tenure. The only time he got tired was against Demian Maia where he threw an enormous amount of strikes at range to avoid keeping the decorated BJJ player from tying up with him.

I think Covington suffocates, smashes and takes down Dos Anjos to secure a convincing decision victory or late stoppage. Colby Covington is the play at +100.

I have to be honest, I wasn’t convinced that Robert Whittaker would find success at middleweight. I felt he was undersized and would be bullied by larger fighters. As ridiculous as it sounds now, I bet on Clint Hester and Uriah Hall both to beat Whittaker!

Anyway, I’m glad I came to my senses and realized that Whittaker was the real deal before he fought Derek Brunson. I’ve bet on him his past three fights and don’t plan on stopping here.

Whittaker is an incredibly polished striker with rapidly improving wrestling. In fact, he won the Australian National Wrestling Championships last year and was set to represent his nation at the Commonwealth Games this year if he didn’t have a fight lined up.

Of course, Yoel Romero is a physical powerhouse and the more credentialed wrestler – representing Cuba in the Olympics for freestyle wrestling. However, Whittaker doesn’t need to beat Romero in a wrestling match, he just needs to stay upright and get the better of the striking exchanges.

For fighters with a burst-based energy system, Romero is the scariest of the bunch. He may look inactive for stretches, but when he springs to life like a psychotic jack-in-the-box it’s important that “The Reaper” keeps his wits about him or he could eat a flying knee or elbow.

Although he shows no signs of deterioration, Romero is 41 and is going to slow down eventually. On the other hand, Whittaker is in his athletic prime at 27 and seems to be making improvements from fight to fight.