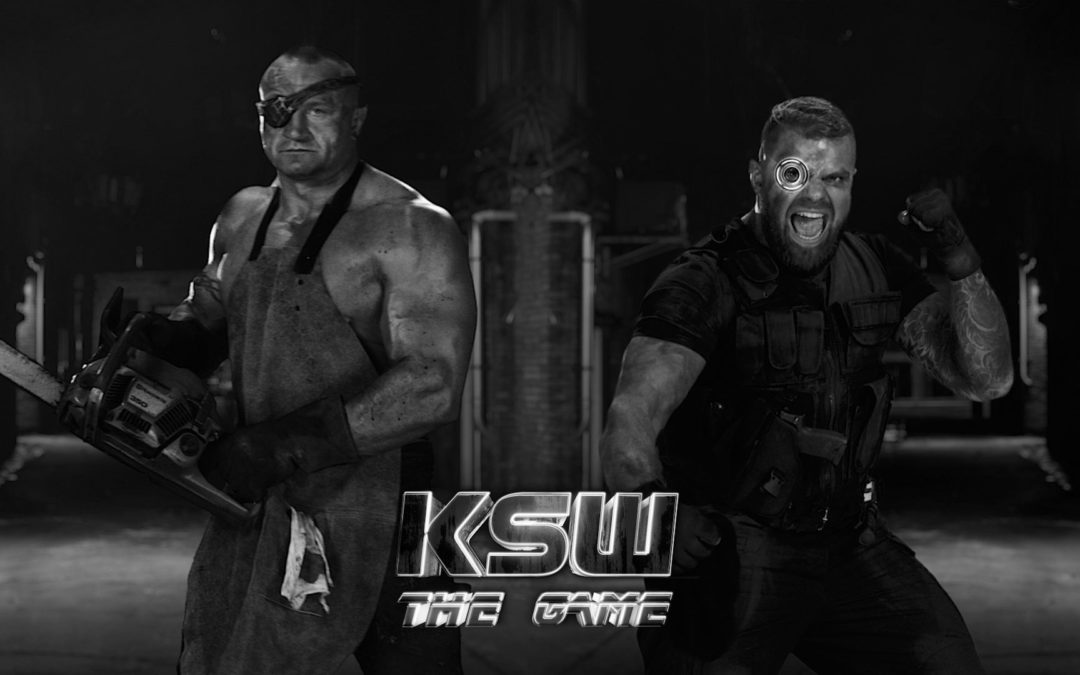 If you’re looking for some degenerate action this Saturday before UFC 225, there are some solid gambling opportunities on the KSW 44 card in Gdansk, Poland. While it can be difficult finding footage for KSW fighters, here are my breakdowns of the fights that I think are worth looking into.

In what looks to be an extreme clash of styles, the fighter who is able to successfully deploy their game plan will come out victorious here.

Gracjan Szadziński isn’t the most nuanced striker, but when you hit like a truck and have an excellent chin – you don’t need to be! Szadziński likes to cut off the octagon and throw single shots with full commitment. Knowing he has the power advantage, he would love nothing more than for Redmond to plant his feet and trade with him.

Redmond will want to avoid this at all costs. A suffocating grinder, Redmond does not have the most fan-friendly style of fighting – but it’s effective against a certain level of competition. If Redmond is to win, he’s going to have to win ugly.

Szadziński’s last opponent, Maciej Kazieczko, did a good job of using footwork, feints and kicks in order to avoid a shootout in the early stages of the fight. Kazieczko managed to secure takedowns, but Szadziński was able to get to his feet and eventually finish the taller, rangier opponent with punches.

While the tenacious Irish grappler may have some success early on, his margin for error is small and sooner or later I believe he’s going to eat a bomb.

I probably wouldn’t touch the Polish knockout artist as a strong favorite, but I’m okay with playing Gracjan Szadziński at -120.

While Wagner Prado didn’t set the world alight during his short UFC tenure, I feel that he has a favorable matchup against SBR Ireland product, Chris Fields.

A powerful muay thai stylist with a compact frame for light heavyweight, Prado will look to close the distance on the rangy Fields and obliterate him with power shots. Given that Fields’ counter-wrestling has looked shaky in the past, Prado may opt to take the fight to the mat where he has showcased competent top control and ground striking in his recent bouts.

Fields is most comfortable at kicking range, but he’s not always successful at keeping shorter fighters at bay. His defense primarily relies on distance control. When you work your way onto the inside against him, he’s there to be hit.

Conversely, Prado is used to being the shorter fighter and expects his opponents to fight long. He did a good job closing distance against Ildemar Alcantara in the UFC and more recently against 6’5 Johnny Walker – who is set to make his Dana White’s Contender Series debut this summer.

I managed to get Prado at -125 which was a tremendous price. However, I still believe Wagner Prado is playable at -170.

Daniel Torres puts on some incredibly entertaining fights, but at 24 years of age he still looks incredibly green. He’s primarily fought lower level competition on the Brazilian regional circuit and will have a huge step up in competition against KSW mainstay, Filip Wolański.

Torres’ striking style is wild, to say the least. He throws a bizarre array of overhands, hooks and flying knees with 110% commitment. I’m not sure who his striking coach is, but I’d wager it’s not Jason Parillo or Rafael Cordeiro. His counter-wrestling is also non-existent, so the option for a takedown is there should things get dicey for Wolański on the feet.

On the other hand, Filip Wolański looks like a classically trained MMA fighter. He keeps his hands high, doesn’t take unnecessary risks and throws punches straight down the pipe. Unless he eats a wild haymaker, I believe Wolański’s fundamentally solid, boxing-centric approach will be too much for the young Brazilian. Filip Wolański is the play at -150.

One of the most spectacular jiu-jitsu practitioners in MMA, Kleber Koike Erbst’s ground game is beautiful to watch. He slices through guards with ease, is lethal off his back and thrives in scrambles. While his opponent, Marian Ziółkowski, isn’t a novice on the mat – he’s way out of his depth in this match-up. If the fight hits the ground, it’s only a matter of time before Erbst latches onto an arm or neck.

Ziółkowski fires off some nice low kicks and has a crisp jab. Clearly his plan will be to avoid the ground at all costs and defeat the Japanese submission ace with strikes. Unfortunately for him, Erbst’s striking has improved greatly in recent years and he’s so far ahead of his opponent on the mat that he won’t care if he ends up on bottom position.

Ultimately, I think Erbst can hang on the feet and I don’t think Ziółkowski can hang on the ground (especially when taking this fight on short notice). Sooner or later, Ziółkowski will get dragged to the mat and it’s a wrap from there. If you like parlays, I think Kleber Koike Erbst is a safe selection at -265.

The fans have seen this type of fight before, and it never gets boring. Two muscle-bound monsters are going to throw heat until someone collapses. Former strongman, Pudzianowski, is the most likely candidate to take a nap since he’s the less skilled technician – but honestly, who knows what will happen?

Karol Bedorf is a pretty good striker for a heavyweight, but as we saw in his last bout against Fernando Rodrigues, he’s not adverse to getting into a brawl. There is no way I recommend playing Bedorf at -250 and I’m not keen on taking an underdog shot on Pudzianowski either.

Since there is no under 1.5 rounds prop, I recommend you pass on this fight and enjoy the bloodbath as a fan.