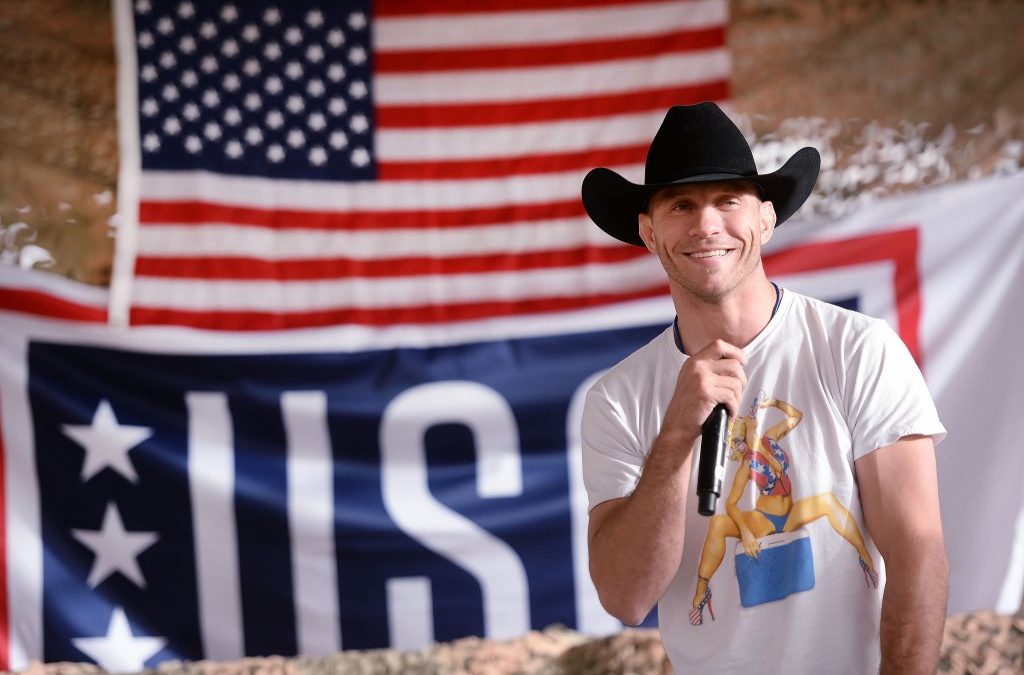 The UFC heads to Singapore this Saturday with an exciting fight card. While this event lacks a bit of star power, it certainly doesn’t lack gambling opportunities. Given that so many square favorites have been winning lately, there is enough juice to suck through a straw on this card.

Since most of the favorites are not the type of fighters I’d trust at -200 and beyond, I’ll mostly be looking at underdogs.

Here are my thoughts on the fights that I think are worth betting.

After losing to Rob Font and Hector Sandoval by first round knockout, I wasn’t convinced Matt Schnell would hang around in the UFC. However, Schnell put on an impressive striking performance in his third UFC bout against the tough but limited Marco Beltran.

Schnell’s boxing-centric attack was too much for the less refined Beltran. Using excellent shot selection, well-timed slips and good movement, Schnell was able to earn a clear decision victory.

Against Naoki Inoue, it would appear that Schnell is the cleaner striker. I can see his straight right landing repeatedly.

Inoue trains at a tiny Kyokushin gym in Japan where the most renowned fighter is his sister. While his standup is still a work in progress, his ground game looks fluid. For KSW fans, Inoue reminds me of a super green version of Kleber Koike Erbst.

Inoue has a perfect record, but his regional footage is far from impressive. He fought opponents who leave huge defensive openings and are more than happy to engage him in the grappling department. He’s yet to face someone who will gameplan around stuffing takedowns and beating him on the feet.

Inoue’s best win is Carl Johns De Thomas – a fighter that does not belong at the UFC level. Even in that fight, he managed to get reversed and wasn’t able to submit a low caliber opponent.

While it’s clear Inoue is a competent jiu-jitsu player, he lacks physicality and does not possess a technical wrestling game. If Schnell decides to keep the fight standing, I’m not sure Inoue will be able to change levels.

Even if the fight does hit the mat, Schnell has a dangerous guillotine and an active guard. Don’t expect one way traffic for the Japanese fighter in the grappling exchanges.

While Schnell’s chin is a legitimate concern, I don’t think Inoue has the striking acumen or power to trouble him. I’m happy to play Matt Schnell at +165.

Brazilian tank, Viviane Pereira, opened as a moderate favorite against Chinese brawler, Yan Xiaonan. I believe the betting lines should be a lot closer.

After putting on a disgusting snoozefest against Valerie Letourneau, Perreira redeemed herself by outboxing a grappler in Jamie Moyle. She was next dominated by wrestling standout, Tatiana Suarez, but there’s no shame in losing to a future title contender.

Pereira is not the most nuanced striker, but she has decent boxing combinations and hits hard when she lands clean. As with most of her fights, she will be giving up a lot of size against her opponent on Saturday.

Unlike Pereira, Yan Xiaonan has a diverse striking arsenal. She throws high volume, has good hands and also possesses a beautiful lead high kick. Xionan’s calf kick could be a powerful weapon here, since Perreira leans heavy on her lead leg.

If Xiaonan can avoid getting put on her back or controlled against the cage I think she has a fantastic chance to win. I wish I had jumped on the Chinese fighter at +210, but at the current prices, I’m okay with taking a shot on Xiaonan by decision at +220.

Most people, myself included, expected the perpetually underperforming Jake Matthews to get obliterated by savage power puncher, Li Jingliang. Unfortunately for me, Matthews showcased a vastly improved striking game and was able to capitalize on the openings left by an over-aggressive maniac.

Some may regard this as Matthews’ coming out party, but I’m not so sure. We learned that he can effectively counter an unrefined brawler, but that doesn’t necessarily mean he’ll be able to deal with a tenacious wrestler like Shinso Anzai.

In what’s likely to be a grinding war of attrition, I think Mattthews’ far less impressive performance against Bojan Velikovic provides more insights into how this fight will go.

Does Jake Matthews win this fight? Probably, but his -550 moneyline implies his probability of victory is 84.6%. Give me a break!

Paying juice for Jake Matthews is ridiculous, I’d rather take a small stab on Shinso Anzai by decision at +600.

Rolando Dy is a flat footed, single shot striker who gets confused when his opponents don’t want to stand in front of him and bang it out.

Alex Caceres used footwork and angles to exploit the more rudimentary Dy in the standup exchanges. Particularly in his regional footage, Dy shows a susceptibility to takedowns and his ground game primarily consists of getting back up to his feet.

Worryingly, Dy does not show great IQ in the cage – losing his fight with Teruto Ishihara due to landing a flush groin kick with minutes to go in the third round.

He also doesn’t show great IQ outside of the cage. On Instagram, he revealed his girlfriend left him after a night of drinking and debauchery in the lead up to this fight. He expressed remorse for letting alcohol and lust control his brain. Personally, I’ve always found deep fulfilment in alcohol and lust – but I’m not a professional athlete.

While Shane Young is still early in his career, he’s already a solid fighter with fluid striking and a competent ground game. He also trains at City Kickboxing, where his teammates Israel Adesanya and Dan Hooker have been achieving excellent results recently.

Dy has power in his shots, but as long as Young doesn’t stand directly in front of him for too long, it’s his fight to lose. Shane Young is the play at -160.

Another fighter with lust on his mind, Teruto Ishihara, has fallen on hard times recently. Fornicating with every woman on Earth is a commendable goal, but it’s hard to manage other obligations – especially when you’re fighting in the world’s foremost MMA league.

While Ishihara was able to easily bulldoze lower level opponents, he hasn’t made the kind of developments you’d expect to see as his UFC career progressed.

Despite bulldozing lower level fighters in his early UFC bouts, Ishihara hasn’t evolved – despite the increasing toughness of his opponents. He still sets out to land a haymaker early so he can return to the bedroom with haste. More often than not, he ends up tiring and getting outworked.

Suspect cardio is a bad deficiency to have against a relentless workhorse like Petr Yan.

Yan is an incredibly fluid striker but given Ishihara’s lack of counter-wrestling, he may find that grappling is his path of least resistance here. In either case, so long as Yan can avoid eating a bomb in the first few minutes of the fight, he should walk away with a comfortable victory.

I feel sorry for Ishihara because the UFC should have put Yan in with a top 10 opponent immediately. Word on the street is that numerous opponents flaked out after watching footage on the Russian super prospect.

In my opinion, Yan is the only big favorite on this card where the juice is justified. If you like parlays, Petr Yan is a safe leg at -450.

If you have Yan to close a parlay, consider making a small hedge play with Ishihara to win in round 1.

Given Jingliang’s defensive shortcomings, it was inevitable his winning streak would come to an end at some point. However, not many people thought Jake Matthews would be the opponent to capitalize.

Looking to rebound from a bad performance, Jingliang seems to have a favorable matchup against another striker who won’t try to take him down. That being said, -350 for a fighter who happily blocks punches with his face is absurd.

Daichi Abe is a proficient striker. He possesses excellent counters that will be useful against an over-aggressive opponent like Jingliang. However, he has zero head movement, is somewhat lackadaisical and fades badly after one round.

Despite winning the first round against Luke Jumeau, his body language was horrendous in the second. His output dropped off and he was breathing heavy with his mouth open. This is not a one-off, you can see a similar pattern in his regional fights that went beyond one round.

Cardio can be improved, and training with Duane Ludwig at altitude may be just what the doctor ordered for Abe. But honestly, we have no idea what steps he’s taking. What we do know is that Jingliang maintains a consistent output throughout three rounds.

Given the lines, I’m probably passing on this fight. However, I can’t hate on anyone playing Daichi Abe at +300.

Once a hot prospect, Jessica Eye was only able to snap a four-fight losing streak with a razor close decision victory over Kalindra Faria. Despite her boxing base, Eye was dominated in the striking exchanges and squeaked by Faria with a bit of positional control.

You wouldn’t guess how close the fight was given Eye’s exuberant victory speech. This should be concerning if you’re betting Eye, since her interpretations of her performances are not in alignment with what the judges are seeing.

Jessica-Rose Clark may never be a champion, but she’s tough, gritty, well-rounded and fundamentally sound. Clark’s boxing combinations consistently hit the target while Eye, ironically, is nowhere near as accurate. If Eye loses the striking exchanges, I don’t feel she’ll be able to grapple her way to victory as she did in her last bout.

I don’t mind a play on Jessica-Rose Clark by decision at +125, as I consider this to be the most likely outcome.

Kickboxer turned hugger, Leon Edwards, will look to ascend the welterweight rankings as he takes on the ever popular Donald “Cowboy” Cerrone.

Since getting suffocated by the blanket that is Kamaru Usman, Leon Edwards has made strides in his grappling skills. Not many people thought Edwards would have the ability to take down and submit Russian boxing phenomenon, Albert Tumenov, but he did. Edwards was also able to nullify the iron-chinned brawler, Bryan Barberena, after surviving a dicey second round.

While Edwards’ winning streak has been impressive, he hasn’t been definitively dominating his opponents. Instead, he’s been exploiting vulnerabilities and finding ways to win.

I’m not sure how he will approach his fight with Cerrone, who predominantly loses to elite strikers that pressure him early and force him to question himself. I don’t think Edwards falls into that category.

I can’t really envision Cerrone losing via positional control in the way that some of Edward’s opponents have. I can absolutely envision Edwards hanging out in Cerrone’s guard for too long and getting caught in a submission.

Sure, Edwards is in the ascendancy and Cerrone is a little shopworn, but I like this fight for Cerrone stylistically. If Edwards tries to pressure early hoping that Cerrone capitulates, he may find himself in a wild barn burner. All the value is with Cerrone at +170.