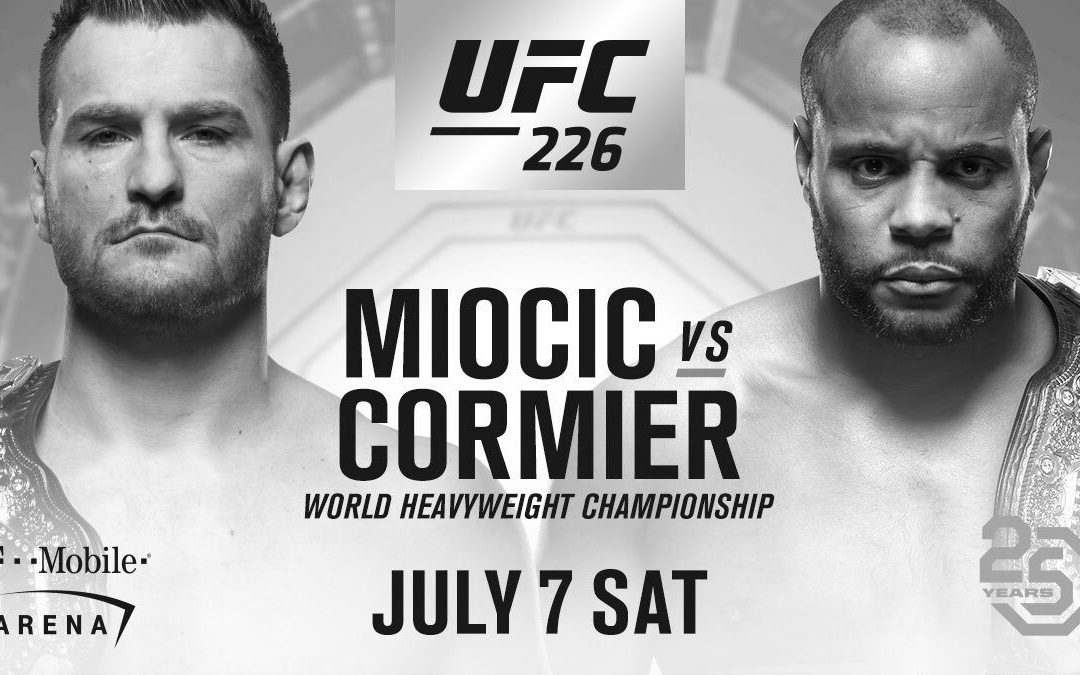 After a profitable Singapore card, it’s time to keep the money train rolling as the UFC heads to Las Vegas for a fantastic event. While there are many fights I can’t get a read on from a gambling perspective, here are my breakdowns of the fights that I’m interested in betting.

In what could be a potential FOTN candidate, two strikers with contrasting styles lock horns.

Curtis Millender is gigantic for the weight class and throws every strike with venom. Flat footed and stationary at times, Millender thrives against fighters who’re happy to stand in front of him.

In his last fight, Millender landed a barrage of strikes against Brazilian kickboxer, Thiago Alves, who is a little shopworn at this point. After coming close but failing to secure a knockout in the first round, Alves came back to win the majority of the second before he was obliterated by a knee from hell, against the run of play.

We’ve seen Millender’s output drop after the first round during his regional footage too. This should come as no surprise, given his huge weight cut and explosive style.

Max Griffin is not as heavy hitting or diverse as Millender as a striker, but his fleet-footed, boxing-centric approach is unquestionably effective. He gave technical brawler, Elizeu Zaleski dos Santos, an extremely competitive fight before eventually running out of steam in the third round. He used his movement and reach to outstike the shorter power puncher, Mike Perry, in his last fight.

Millender is not a defensive wizard and has been rocked badly in his regional fights. In particular, he’s lucky Kevin Holland expended so much energy trying to finish him because Millender was subsequently able to capitalize against a gassed opponent. Given Millender’s lack of head movement, I can see Griffin’s jab and straight right finding a home.

It’s worth noting that Griffin’s best and most recent performance was the first time he was fighting without the stress of an office job. Nothing drains a warrior’s spirit like participating in degrading team building activities and conversing with morbidly obese human resource ogres on a daily basis. At 32-years-of-age, the best could be yet to come from Griffin.

While Millender is a dangerous fighter, I believe the value is with Max Griffin at +150.

On seeing this matchup, my initial thought was that Drakkar Klose is a live underdog. After watching footage, I’m not so sure.

Klose possesses serviceable striking and a strong wrestling base. However, his best asset is his relentless pace and workmanlike attitude. Klose will be in your face pressuring you, firing off leg kicks, grinding you against the fence and shooting takedowns until the final horn. This worked well against a flashy but unrefined fighter in Marc Diakiese, but I’m not sure if it will here.

It’s no secret Lando Vannata is the more nuanced striker in this bout. His footwork, shot selection and use of angles are masterful. It’s even more impressive when you consider that his base is wrestling, not striking.

Vannata can be caught slipping with his hands low at times, but he should be able to comprehensively beat Klose on the feet. I also don’t anticipate Klose to be able to take Vannata down (not consistently at least).

The most significant factor in this fight is Vannata’s cardio. In this interview with James Lynch, he admitted to being a front runner and emphasized that he’s working on maintaining a consistent output for three rounds going forward. If he’s able to do this, I think it’s his fight to lose.

Vannata’s striking style entails a lot of movement, which is inherently cardio-taxing. However, he’s at one of the best gyms in the world and trains at altitude – I think this is a problem he can overcome.

From a betting perspective, I’m glad “Groovy” is aware of this issue and is working to solve it. Lando Vannata is the play at -185.

It’s pretty amazing to consider that Dan Hooker, standing 6 foot, was once fighting at featherweight. After getting tooled in the grappling exchanges by Mississippi savage, Jason Knight, Hooker has looked a lot more comfortable since moving up to lightweight.

Hooker doesn’t always set the world alight with his performances, but he fights intelligently and does what he must to get his hand raised. I guarantee Hooker watches countless hours of footage in order to gameplan around his opponents’ weaknesses.

Against the much shorter boxing stylist, Ross Pearson, Hooker used his range impressively to outstrike his opponent from the outside. I would anticipate he deploys a similar strategy against world class jiu-jitsu player and rapidly evolving striker, Gilbert Burns.

Since being humiliated by the most annoying fighter in the world to bet against, Michel Prazeres, the evolution in Burns’ striking is evident. Despite finishing his last two opponents with punches, this doesn’t mean Burns is getting away from his identity as a grappler. Burns still took down Jason Saggo and Dan Moret, but was unable to keep them grounded. Unless he’s completely lost his mind, he should aim to shoot takedowns on Dan Hooker too.

Hooker is rangy and more diverse on the feet, but Burns has developed some impressive boxing. I don’t think it will be one-way traffic if the fight stays standing.

While he can work on his wrestling, Hooker does not have a great body type for stuffing takedowns. If he winds up with Burns on top of him, he could be in deep trouble.

Ultimately, I think this will be a very competitive fight. I’m reluctant to place a bet, but I do believe Gilbert Burns is the right side at +120.

Despite shooting a sloppy takedown on guillotine specialist, Pedro Munhoz, Rob Font is still one of my favorite fighters. He has a great jab, power in his hands and knows how to keep opponents at the end of his punches.

One pause for concern is Assuncao’s leg kicks, which he used to brutalize Matthew Lopez. Rob Font wasn’t checking leg kicks against Pedro Munhoz, but he will need to keep his wits about him when facing a leg destroyer like Assuncao.

Although he shows no sign of deterioration, Assuncao turns 36 next month and is fighting at a weight class where speed kills. I’d anticipate we see him slow down sooner rather than later. Font just turned 31 and is in his athletic prime.

I feel great about playing Rob Font at +150.

Judging by the betting lines, you’d believe this fight was a mismatch. I don’t buy that for a second.

You could claim Daniel Cormier is a bit long in the tooth at 39-years-of-age, but he’s only been fighting for a decade. It’s not like he’s been absorbing strikes to the head since he was a teenager.

Cormier is outrageously durable. The only time he was finished with strikes is when he caught a flush head kick to the temple from Jon Jones. The temple is one of the worst places to get hit and even then, Cormier remained standing and needed to be finished with follow-up strikes.

Miocic packs serious power, but Cormier is one of the hardest fighters to finish in the UFC. Whether Miocic likes it or not, this fight could go to deep waters where Cormier thrives.

Despite Miocic’s reach, he often finishes opponents with mid-range shots. I’m not sure Miocic can play the long game against Cormier the way Jon Jones did. Even then, Cormier is excellent at cutting off the octagon and pressuring taller fighters. The reach discrepancy might look extreme as Miocic and Cormier square off, but I don’t think it will be a huge factor when the action starts.

Miocic usually has his NCAA Division 1 wrestling in his back pocket when things get rough on the feet, as showcased in his fight against Francis Ngannou, but he won’t have much luck taking down an Olympic wrestler like Cormier. In fact, I wouldn’t be surprised if Miocic is the one gasping for air and carrying Cormier’s body weight as the fight progresses.

Miocic deserves to be the favorite. However, I think this fight is going to be extremely competitive and the betting lines don’t reflect this. Take a shot on Daniel Cormier at +220.

BetOnline is an A+ rated bookmaker with a comprehensive range of MMA lines as well as live betting options. If you’re based in USA, Canada, UK or Europe and want a free bet for UFC 226, click the link below!

This bookmaker offers some generous prices that can’t be found elsewhere, such as Paul Felder at +235 against Mike Perry. 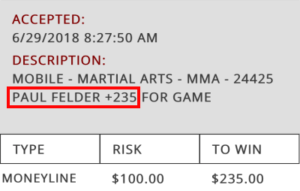