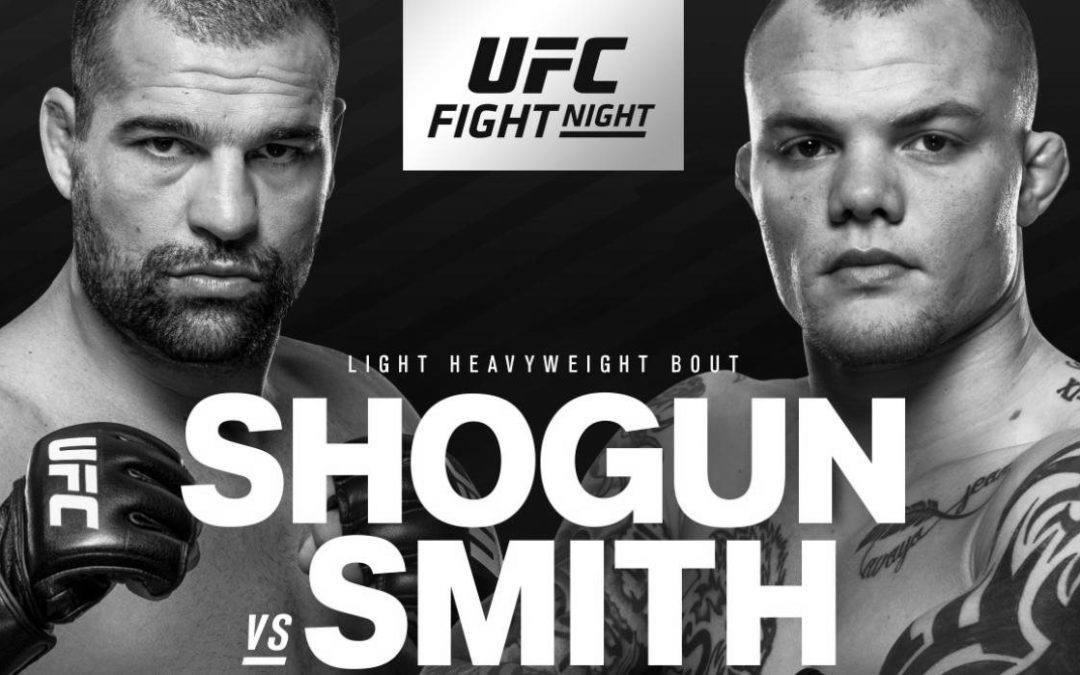 From a gambling perspective, I’m not overly excited about this card in Hamburg, Germany. None of the favorites look trustworthy, so I’m hoping the dogs will be barking loudly. Here are my predictions for the fights that I’m interested in betting.

Hailing from Serbia, Stosic comes from a judo background but is primarily known as a striker. He’s not the most refined technician, but has power in his hands and throws devastating leg kicks.

His rigidity and lack of combinations might be a problem as he ascends the light heavyweight rankings, but I think he has a favorable matchup in his first UFC fight.

Jeremy Kimball has not looked overly impressive in his UFC tenure thus far. He’s agile and can crack, as Joshua Stansbury found out, but he’s hittable and doesn’t hold a good account of himself in grappling exchanges.

The Serbian powerhouse may wish to use his judo as the path of least resistance here.

As a side note, I question whether Kimball is at the right weight class. He looks undersized at light heavyweight and clearly has body fat to lose. On the other hand, Stosic is crafted of pure muscle and fought at heavyweight on the European regional circuit.

Ultimately, I feel that Stosic is the rightful favorite but he’s too unproven to justify playing his -260 moneyline. However, I’m not against playing Stosic within the distance at -130 as I feel this is the most likely outcome for the fight.

In his regional footage, Damir Hadzovic clearly demonstrate that he can strike. For this reason, many bettors made an underdog play on him against terrifying Chechan kickboxer, Mairbek Taisumov.

To his credit, Hadzovic showcased excellent movement and boxing combinations in the initial stages of the fight. Unfortunately, there’s only one outcome for fighters brave enough to engage Taisumov in a shootout.

Despite his striking prowess, Hadzovic has not perfomed brilliantly against grapplers. In his last fight against gigantic Brazilian blanket, Alan Patrick, Hadzovic repeatedly engaged his opponent in the clinch and was taken down several times after throwing knees.

If this stays standing, Hadzovic has a very winnable fight against the local favorite, Nick Hein.

Despite his decorated judo background, Hein is predominantly known as a low volume point kickboxer. At 5’7, he’s undersized at lightweight and will be fighting with a significant reach disadvantage here.

Hein’s most obvious path to victory would be to grapple, but will he? Generally he’s comfortable to strike with opponents and let the judges determine his career trajectory.

While I have concerns about Hadzovic’s counter-wrestling, I think he has the potential to be a fantastic fighter in the UFC’s stacked lightweight division. I’ll take my chances with Damir Hadzovic at +150.

There’s no question whether Diakiese is a gifted athlete. With blistering speed and power, he was able to secure numerous highlight reel knockouts on the British regional scene.

However, it’s easier to knockout nightclub bouncers than it is to finish UFC caliber opposition.

While he scored a spectacular win over tough Finnish fighter, Teemu Packalen, we’ve seen him falter against superior competition. Against Drakkar Klose, Diakiese had no answer for the low kicks and wrestling approach of his opponent.

For a fighter from Germany, Nasrat Haqparast is a surprisingly proficient wrestler. Perhaps this is due to his time spent training with George St. Pierre at the legendary Tri-Star gym.

Against jiu-jitsu ace, Marcin Held, Haqparast more than held his own – scoring the more significant strikes but ultimately losing the fight due to positional control. He took that fight on short notice and is likely to look improved here.

While Haqparast lacks the flashy offence of Diakiese, he might be the more fundamentally solid striker. He’s certainly the better wrestler.

I believe Nasrat Haqparast has obvious value at +165.

Standing at 6’11, the monolithic Stefan Struve undoubtedly belongs at the UFC level. However, he has some significant deficiencies which prevent him from becoming a legitimate contender.

At range, he’s a dangerous kickboxer and can finish any opponent with his arsenal of punches, kicks and knees. However, he’s never developed the distance management tools to keep shorter opponents at bay.

Against the much smaller wrestling stylist, Jared Rosholt, Struve was taken down repeatedly and controlled on the mat. In his last fight against Andrei Arlovski, who is primarily a striker, he also lost a decision due to his inability to stay standing.

His opponent, Marcin Tybura, is a competent jiu-jitsu player and isn’t averse to lying on top of you in order to steal rounds. In a competitive fight against Andrei Arlovski, Tybura’s positional control ultimately won him the decision.

I favor the Polish grappler to win, but his -245 moneyline is too steep. However, I think there is immense value on Marcin Tybura to win by decision at +314.

Stylistically, this is a tough fight for Anderson – but fights aren’t won on paper.

Glover Teixeira is unquestionably one of the best light heavyweights of all time. In his prime, he was able to mow down opponents with his powerful boxing combinations. When things got dicey on the feet, Teixeira would showcase his underrated wrestling and black belt jiu-jitsu skills.

Despite his well-rounded skill set, I believe Teixeira’s best days are behind him. Now 38-years-of-age, I’m not sure we’re going to see the guy that demolished Ryan Bader and Fabio Maldonado again.

In his most recent fight, Teixeira’s reaction times looked utterly shot as he was unable to get out of the way of strikes from his opponent, Misha Cirkunov. While he reverted to his grappling in order to win the fight, he won’t be able to do that against a high level wrestler and excellent athlete in Corey Anderson.

Anderson has solid boxing at range, but you would expect him to use his fence control and takedowns to secure a win here.

Altogether, Anderson is a great fighter with one dreadful deficiency: his chin. After being obliterated by heavy hitters, Ovince St. Preux and Jimi Manuwa, I question whether Anderson can survive a flush power punch from Teixeira.

Nevertheless, I believe Anderson is getting this fight at the right time. He’s is in his athletic prime at 28-years-of-age and still has a high ceiling.

Taking this fight on short notice, Anthony Smith steps in to face the legendary “Shogun”.

Fighting at the highest level for a long time, it’s no wonder Rua has been plagued with injuries later in his career. Still, his recent fights show that he still has something left in the tank. He fought a highly competitive fight against Corey Anderson and was able to finish Gian Villante – a fighter famous for blocking punches with his face.

At 36-years-of-age, Rua has definitely lost a step, but he’s still an effective striker. I liked the way he chopped down the lead leg of Dan Henderson, since Anthony Smith has also shown a susceptibility to leg strikes.

Smith is not the most defensively sound fighter. However, in a shootout he’s usually able to come out on top (despite going through adversity every time).

At 6’4, it’s a miracle that Smith was able to fight at middleweight. He should look improved (athletically, at least) in his second bout at light heavyweight.

While I expect this to be a stand and bang brawl, Smith has shown a weakness for defending takedowns – this could be an avenue for Rua to exploit. Although we don’t see his ground skills showcased too often, it’s worth remembering Rua is a jiu-jitsu back belt.

Ultimately, I feel this will be a competitive fight and the betting lines don’t reflect this. I pray that the gambling gods are merciful because in the year 2018, I’m playing Mauricio “Shogun” Rua at +200.

BetOnline is an A+ rated bookmaker with a comprehensive range of MMA lines as well as live betting options. If you’re based in USA, Canada, UK or Europe and want a 50% sign up bonus for UFC Fight Night 134, click the link below!