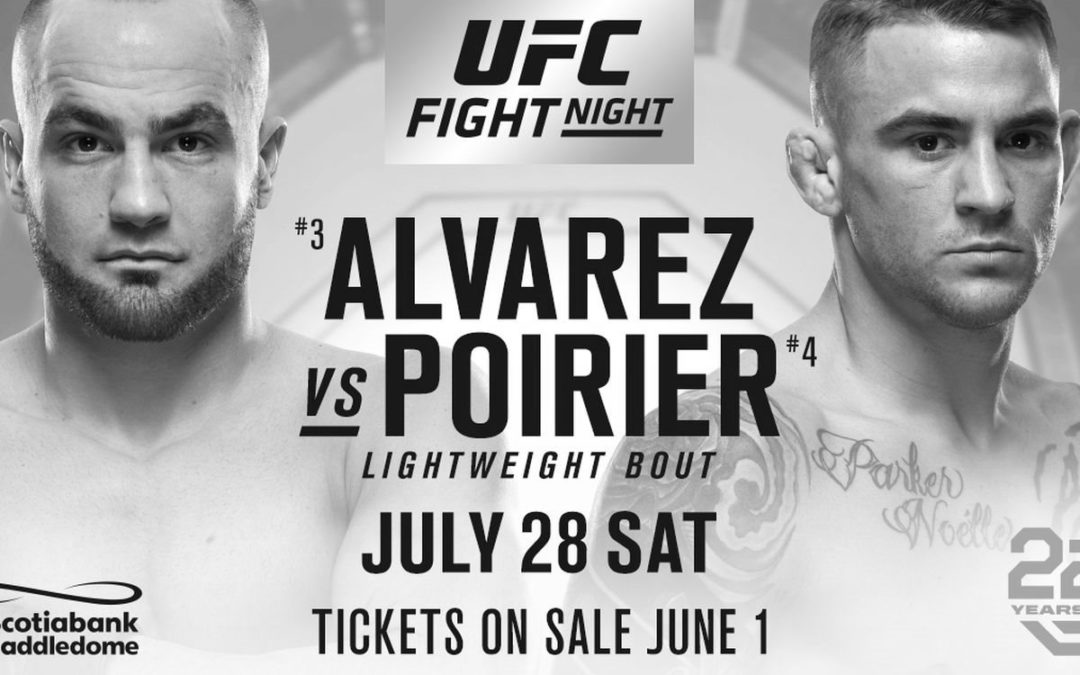 After an immensely profitable Fight Night 134, I’m frothing at the mouth for more cold hard cash as the UFC heads to Calgary, Canada, this weekend. While this event looks entertaining, I dislke it from a gambling perspective.

Nevertheless, here are my breakdowns of the fights that I’m interested in betting.

Former title challenger, Alexis Davis, has been in the UFC a long time and has participated in many exciting fights. I’m not sure if this will be one of them.

Davis is a legitimate jiu-jitsu black belt with an active guard. In her last fight, Liz Carmouche was dominating the striking exchanges yet inexplicably decided to grapple with Davis.

Despite being taken down, Davis was able to threaten with submissions and reverse positions. This ultimately won her the fight in the eyes of the judges.

While Katlyn Chookagian is a jiu-jitsu brown belt, I doubt she’s going to indulge Davis with any grappling. Instead, she’s likely to remain on her bicycle for three rounds, hitting Davis with potshots from the outside.

While Chookagian is not the most accurate striker, I believe her high volume kickboxing style will be more than enough to cruise to a decision victory against the less refined Davis. Hopefully Chookagian will be prepared to stuff takedowns because I like her at -155.

Considering how many professional fights Jordan Mein has, it’s amazing to consider he’s only 28-years-of-age.

As an undoubtedly skilled warrior, Mein has looked flat and underwhelming in certain fights. His performance against Norwegian maniac, Emil Meek, was especially dreadful.

Still, he’s a force to be reckoned with when he actually shows up. In his last bout against an obviously declining Erick Silva, Mein showcased beautiful striking combinations and well-timed takedowns to secure a dominant decision victory.

However, in the third round you can see he was fatigued and it’s lucky he was able to spend so much time in top position.

Mein’s propensity to fade late in fights has cost him before, but it may not this weekend against Alex Morono, who is also a frontrunner.

Perhaps less nuanced than Mein on the feet, Morono is still an effective striker. He was outlanding Niko Price for two rounds before getting careless (which you can’t do against a power puncher like Price).

Morono is a jiu-jitsu black belt with a number of submission wins on his record, but he primarily likes to strike. Although a well-rounded fighter, his primary weaknesses are his counter-wrestling and cardio.

While this fight could easily come down to which combatant is fresher in the second half of the fight, I believe Mein has the superior skillset. If things get dicey on the feet as Mein’s cardio fades, I believe he’ll still be able to land takedowns on Morono and ride out rounds in top position.

Olivier Aubin-Mercier is one hell of a grappler. While his striking is still a work in progress, he’s usually able to impose his physicality on his opponents, drag them to the mat and win clear decision victories or lock in submissions.

Aubin-Mercier has been practising judo for most of his life and was a two-time junior national champion in the sport.

For once, he might be facing an opponent who can match his extreme strength and grappling prowess.

It’s worth noting that when researching wrestling standout, Alex Hernandez, I was only able to watch his highlight reel footage and most recent UFC fight. I’m relying on second hand information regarding his fights before the UFC.

Against Beneil Dariush, a notorious slow starter, Hernandez began the fight like he was fired out of a cannon. Showcasing excellent footwork and explosive striking, Hernandez was able to obliterate Dariush in less than a minute.

Although he looks to be a good athlete, I question whether he’ll be able to maintain such a pace against Aubin-Mercier in the second and third round.

Still, the footwork and striking fluidity of Hernandez looks to be levels beyond his opponent, and I think he’ll able to shutdown Aubin-Mercier’s grappling offensive too. Give me Alex Hernandez at +120.

This fight is going to be incredible, but it’s tough to predict the outcome.

Stephens showed that he is the more complete fighter than Emmett, who is overly reliant on his right hand. Against Choi, he fought a competitive first round but was able to break his opponent with relentless pressure in the second.

Against one of the greatest featherweights of all time in Jose Aldo, he will have a tougher task ahead of him.

Despite being annihilated by one of the best strikers in MMA, Conor Mcgregor, Aldo hasn’t looked as faded as some people have suggested.

Against featherweight kingpin, Max Holloway, Aldo made a good account of himself in both fights. He wasn’t outclassed skill for skill, instead it was Holloway’s pace and expert energy management that won him the fights.

Going toe to toe, Aldo was putting steam behind his shots while Holloway was throwing with half-commitment. As the Brazilian fighter’s output waned in the third round of both fights, Holloway relied on his infinite gas tank and turned up the pressure to score stoppage wins.

Before his fights with Holloway, Aldo performed like a virtuoso against tenacious wrestle-boxer, Frankie Edgar.

Aldo was able to consistently step back and counter Edgar throughout the fight, and also landed numerous knees down the middle to keep Edgar guessing. These insights could be crucial in terms of how Aldo will approach Stephens, who is extremely aggressive and loads up on his shots.

I totally understand the logic for people who are betting on Stephens – he has all the momentum while Aldo’s chin is questionable. That being said, I believe Aldo’s striking is too clean and he will have plenty of opportunities to land counters.

Since Stephens has a titanium chin, I like a play on the fight going to decision at -165.

I also may be inclined to play Aldo by decision at +120.

In a rematch of one of the most exciting fights in recent years, Dustin Poirier and Eddie Alvarez throw down for a chance at a lightweight title shot.

In the first fight, Poirier demonstrated he was the more technical striker – outlanding his opponent clearly in the first round.

After being rocked badly in the second round, Alvarez showcased his trademark toughness and came back with a vengeance. In fact, Poirier may have been in desperate trouble before the fight was called off due to an illegal knee.

This fight confirmed what we already know: Alvarez is insanely resolute while Poirier is an excellent technical striker.

While both fighters are good wrestlers, I think we’re likely to see another standup brawl to the death.

You can never count Eddie Alvarez out of a fight. He’s going to keep coming forward unless you detach him from his consciousness (which is pretty hard to do, by the way). Still, I believe Poirier is the superior technician.

I’m not in love with the -160 price tag, but Dustin Poirier is my pick.

BetOnline is an A+ rated bookmaker with a comprehensive range of MMA lines as well as live betting options. If you’re based in USA, Canada, UK or Europe and want a 50% sign up bonus for UFC on Fox 30, click the link below!

SportsBetting is another A+ rated bookmaker that is great for betting MMA. Take advantage of a 50% sign up bonus today.

BetDSI is an excellent choice for American bettors. Come join the party today with a 100% welcome bonus.