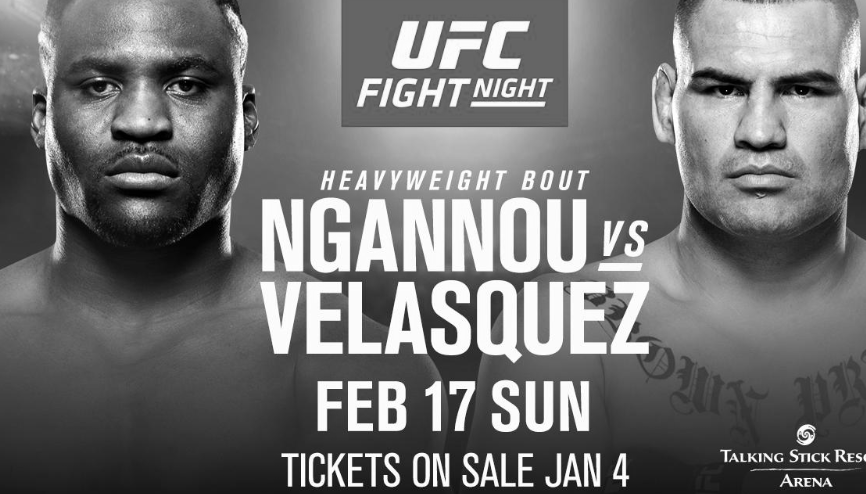 After making a glorious profit on UFC 234, I’m frothing at the mouth to coerce more money out of the internet this weekend. UFC on ESPN 1 looks like a tricky card from a gambling perspective, and unlike last week it seems like I’ll be only playing underdogs.

This fight could be atrocious from a fan’s perspective – but who cares if there is profit to be made?

Jessica Penne is coming off three straight losses followed by a drug suspension. At 36-years-of-age, the future could be bleak for the Alliance MMA fighter. Losing to Joanna Jędrzejczyk and Jessica Andrade is nothing to be ashamed of, but she also underperformed against Danielle Taylor who is no longer in the UFC.

A jiu-jitsu black belt, Penne will definitely have the advantage if the fight hits the mat. However, in previous contests she’s had trouble landing takedowns and that could be the case again this weekend.

If she’s forced to stand, Penne is not the best striker. She leaves her chin exposed and is not accurate with her offense.

This isn’t to say her opponent, Jodie Esquibel, is a striking virtuoso – but she definitely has the superior boxing fundamentals and will throw volume. I think Esquibel will surely land the cleaner strikes if this stays standing.

Against Jessica Aguilar, Esquibel lost the striking exchanges but her takedown defense held up well. Esquibel is a long-time member of Jackson’s MMA, so I’m sure she’ll be adequately prepared for the takedowns and submission threat from Penne.

Would I play the Albuquerque native as a favorite? Probably not, but I do favor her to win outright so I took the value on Jodie Esquibel at +150.

This is an interesting stylistic match-up between two top bantamweight contenders.

Aside from the brutal knockout loss to Marlon Moraes, Jimmie Rivera has looked excellent in the UFC. His high volume boxing-centric style has caused problems for everyone he’s faced. He throws fast combinations, has a powerful right hand and also catches opponents by surprise with his left hook.

With his compact body type and wrestling background, Rivera is difficult to take down and I’m sure his counter-wrestling will be tested this weekend.

Once known as a supremely athletic grappler with underwhelming striking, Aljamain Sterling has improved exponentially since he first arrived at the UFC. On the feet, Sterling used to deploy a strange outside kicking game, but now he’s developed some solid boxing to complement his kicks.

While Sterling isn’t a powerful hitter, he has good distance control and maximizes his reach. He will enjoy 3 inches of both reach and height over Jimmie Rivera.

Sterling will look to avoid the pocket at all costs (where Rivera has his biggest advantage). At distance, Sterling can fire off kicks but as Rivera closes the distance, I anticipate he will clinch up and land knees. Sterling can execute good takedowns from the clinch as well, although it remains to be seen if he can get Rivera down.

If it does hit the mat, Sterling is a fantastic scrambler and submission threat. Perhaps we’ll see fifteen minutes of striking, but perhaps not.

While Rivera boxing his way to a decision seems to be the most likely outcome for this fight, I don’t think it’s a lock by any means. I’d cap Sterling’s chances at around 45%, which would put his moneyline at +122.

I took the value on Aljamain Sterling at +170, but I wouldn’t be as enthusiastic about his current price of +140.

It’s no question Vicente Luque is one of the most exciting prospects in the welterweight division. He has excellent jiu-jitsu, smooth technical boxing and hits like a truck. Stylistically, he’s a nightmare match-up for most opponents.

Standing in front of him will be Bryan Barberena, a rough and rugged fighter that thrives in chaos and is nearly indestructible. Skill for skill, Barberena is outmatched – but fights aren’t won on paper. If Barberena is to come out victorious, he has to Luque into a dog fight (this wouldn’t be the first time he’s been successful in doing so).

As a point of note, the two share one common opponent: Leon Edwards. When Luque faced the British fighter, Edwards blasted him with numerous body kicks to the open side from southpaw. This appeared to drain his gas tank and was a key factor in the decision victory for Edwards.

Barberena (also a southpaw) is more known for his leg kicks but did kick to the body of Warlley Alves. I wouldn’t be surprised if he rips the body of Luque and tries to deplete his energy.

Make no mistake, the betting lines are wide for a reason and Luque most likely dominates the early exchanges. However, if Luque starts to tire or I see some crazy numbers after round one, I may be inclined to take a stab on Bryan Barberena as a live bet.

Coming back from a devastating knockout loss to Justin Gaethje, James Vick looks to get back in the win column and ascend the lightweight rankings.

Standing 6’3 with a 76-inch reach, Vick towers over most of his opponents. Given his body type, it’s no surprise Vick’s bread and butter is his outside striking. With good footwork, beautiful straight punches and a variety of kicks – the lanky Texan is usually able to keep smaller opponents at bay.

The hard-nosed muay thai stylist, Paul Felder, will look to replicate the game plan of Gaethje – trapping Vick against the fence and unloading in the pocket. I’m not convinced he’ll be successful.

In the past, Felder has done better against opponents that are willing to stand directly in front of him. He will not get that luxury here as Vick will be on his bicycle from the first second of round one.

Felder’s biggest advantage in this contest is his durability. “The Irish Dragon” never reacts to being hit whereas Vick has suffered two brutal knockout losses in his UFC career. We could see Vick look great with his bike and strike strategy until he gets walloped and finished.

That being said, I think it’s more likely Vick fights long and cruises to a decision victory. It’s also possible Felder gets frustrated, shoots and leaves his neck in the wrong place. Vick isn’t the type of fighter to shoot takedowns and methodically advance positions, but if you offer him something he’ll most definitely snatch a submission.

I’m currently looking at “The Texecutioner” with a + symbol next to his name in a match-up that appears stylistically favorable. I’m not a fortune teller, I can’t predict how this fight will unfold – but I am confident James Vick is the right side as a +110 underdog.

This is a tough fight to handicap as there are so many unknown variables. How will Velasquez look after a long injury layoff? Were Ngannou’s terrible fights against Stipe Miocic and Derrick Lewis just bad performances, or a sign of something else?

In his prime, Velasquez was an unstoppable force. With his blend of wrestling, boxing and endless cardio, the former champion would break the spirit of anyone standing in front of him. Now 36-years-of-age and with two fights under his belt in the last five years, I have no idea if Velasquez will look like his old self.

Stipe Miocic laid out the blueprint to beat Francis Ngannou – wrestling the musclebound Cameroonian, tiring him out and dragging him into deep waters. This is a game plan that Velasquez is capable of replicating.

However, Ngannou is one of the hardest punching humans on planet Earth. With insane hand speed and power, one shot can put your lights out – whether Velasquez is at his best or not.

Perhaps Velasquez will wrestle his way to victory, but perhaps he just gets blasted. I have no idea which way this fight goes, but it feels like a 50/50 to me. I took the value on Francis Ngannou at +190.

Here are some screenshots of a few live bets I cashed last weekend.