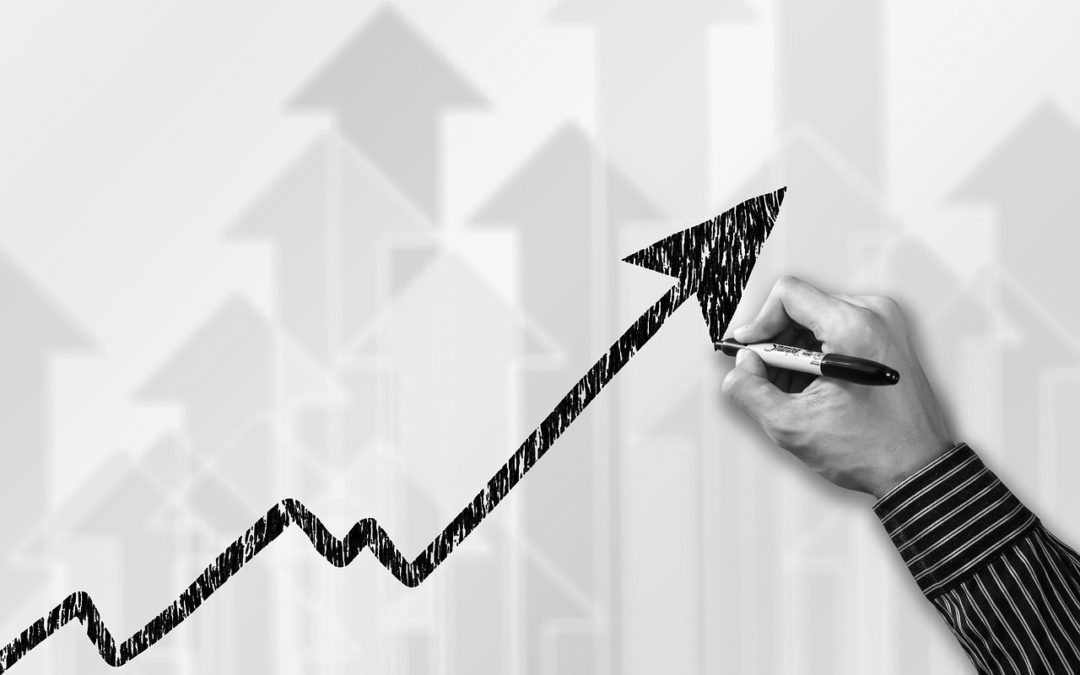 There are two types of people that bet on fights: squares and sharps.

In order to achieve lasting success, you must evolve beyond the level of thinking of an average square that bets for entertainment.

For a sharp, every bet is a fully researched, calculated risk. Sharps are interested in the cold hard cash, not the spectacle of a sporting event.

You can certainly win while betting like a square and lose while betting as a sharp, but if you’re serious about accumulating long-term profits, it’s important to adopt as many sharp traits as possible.

Be a Professional, Not a Hobbyist

A square will place some cash on the line to make a PPV card more entertaining, while a sharp puts an enormous amount of research into every bet.

Sharp dedicate hours to watching footage of fights, looking out for certain tendencies, watching media interviews and monitoring line movement throughout the week. In order to fully understand the potential ways that a fight can unfold, it’s essential to gather as much information as possible.

If this sounds like hard work, it is! Sure, you don’t have to wear a groin-constricting suit, sit in an intolerable open-plan office or have an overcompensatory beta male boss breathing down your neck – but it’s still hard work.

There’s nothing wrong with being a recreational gambler, but if you want to generate real profits, you’re going to have to dedicate a significant amount of time to this. Sorry, no magic pill promises here!

Trust Your Own Analysis

One of the most rewarding aspects of betting on MMA is that you can use your critical thinking skills to analyze the data available and accurately envision the way a fight plays out.

It’s especially gratifying when you’ve profited after noticing subtle details about the fighters that the betting public were oblivious to!

All successful MMA bettors make use of the information available, but ultimately trust their own critical faculties. While casual fans may react to hype and media headlines, a sharp bettor will only bet on the same side as the public if the evidence supports the narrative.

While the final decision of placing a bet should always rest on your shoulders, it’s beneficial to seek out other skilled MMA bettors. It’s difficult to rob a stagecoach if you have no other bandits on horseback to ride with!

I can’t count the amount of times sharp friends have encouraged me to look into upcoming fights that weren’t on my radar.

Even if you follow MMA fanatically, it’s unlikely you’re familiar with every fighter. When bookmakers release lines, the more experts you have on your side looking for inefficiencies – the better!

Be Cautious Betting on Women, Heavyweights and UFC Newcomers

If you’ve been betting on MMA for a while, you’ve seen every peculiar eventuality: BJJ specialists knocking out decorated strikers, disqualifications due to illegal knees, strikers following wounded opponents to the mat and getting submitted, point deductions changing the outcomes of fights and so forth.

Variance is one of the reasons that MMA is such an entertaining sport, but it’s also something you need to account for as a bettor. Certain types of fights have a reputation for producing unlikely results:

Heavyweights pack enormous power and have questionable cardio. One or both of these factors often prove to be more significant than any stylistic attribute of a heavyweight fight.

UFC newcomers can look dazzling against regional opposition, but fall apart when they face the world’s elite. Psychologically, the commitments of UFC fight week coupled with the knowledge that they’ll be performing in front of hundreds of thousands of fans on TV can take a toll. In order to confidently know how a fighter will perform at the highest level, it’s best to wait for them to get a fight in the big show under their belt.

Women at the elite level are just as talented and consistent as men. However, given that professional fighting is infinitely less appealing to women than men as a career, top promotions have less choice when filling their rosters with female fighters. I can count on Joanna Jedrzejczyk and Valentina Shevchenko to perform consistently, but there’s usually higher variance with lower ranked female fighters compared to their male counterparts.

Squares bet arbitrary amounts on fights and sometimes double their stakes when they catch a loss. This haphazard strategy will leave you broke quickly.

Sharps bet with a unit system, where 1 unit equates to 1% of the bettor’s bankroll. Sharps typically bet a maximum of 5 units when they’re supremely confident. Even if a 5 unit bet fails, it’s not the end of the world. A 25 unit loss is another story!

With smaller bankrolls, 1 unit may equate to a larger percentage of the bankroll. However, there always needs to be consistency in terms of how much you bet on a particular fight.

When you’re ready to raise your unit sizes, this should come after an extended period of profits – not in order to recoup losses!

Out of all of the square problems on this list, this is the issue I’ve had the biggest struggles with.

Neurologically, spending your Saturday night betting on a UFC card will put you in an emotionally charged state. This is due to the reward circuitry in your brain. Cashing a winning bet will give your brain a hit of dopamine, which explains the exhilarating feelings when your fighter wins.

For problem gamblers, this dopamine fix is so euphoric that it leads them to continually increase their stakes until they find themselves bankrupt.

If you wake up feeling restless or irritable on Sunday, it’s because you’re still craving the dopamine high from the previous night. Unfortunately, there are plenty of high variance sports such as soccer and ice hockey available to bet on every Sunday.

Some bettors do phenomenally well with soccer and ice hockey, but are you personally an expert in them?

Speaking from experience, it’s extremely easy to blow your entire Saturday night’s profits by betting on balls that bounce around on a green field. This is especially dangerous when you take a bad beat on the UFC and feel annoyed about your results for the night.

When you’re aware that your brain’s dopamine cravings are sabotaging your long-term profits, you can plan around it. Ensure you have some activities planned for Sunday and if you have to watch sports – dedicate the day to watching footage for next weekend rather than betting on stuff that you’re not knowledgeable about.

In poker, the term “tilt” refers to a state of emotional distress when a player loses their composure. In this state, the player will lose sight of the bigger picture and become over-aggressive. Oftentimes, this is caused by catching a bad beat.

This phenomenon exists in MMA betting too. Tilt may be caused by triggers such as these:

In these instances, it’s important to remain calm. If you’ve just taken a bad beat and perceive yourself to be a victim of injustice, this is when you’re most at risk of making a foolish, uncalculated play.

One emotional bet can cause a chain of catastrophic events. If you’ve lost more money than you should, it might make you hesitant to play an excellent live betting opportunity when it presents itself. Conversely, you may feel so enraged that you try to recoup all your losses before the end of the fight card.

Sports betting sometimes feels like you’re following the yellow brick road to a castle of treasures, while other times it feels like you’re a rodent trying to survive a nuclear holocaust. This is the nature of the game. It’s important to remain calm and calculated, whether you’re on a hot or cold streak.

Betting is a marathon, not a sprint. It doesn’t matter whether you’re profitable on any particular night, the long-term upward trajectory of your bankroll is the only thing that matters.

Squares decide which fighter they want to bet on and will play them at any price. Sharps are more concerned about the value they’re getting on each betting line. Oftentimes, a sharp bettor will switch their action to an opposing fighter when line movement creates enough value.

This game is not about being right or wrong, it’s about consistently making plays where you are getting an edge over the bookmakers in terms of value.

For instance, when Darren Elkins fought rising prospect, Mirsad Bektic, not many people gave him a chance. His opening line of +250 carried an implied probability of 28.6% that he would win. If you expected his chances of winning were around 25%, this would be a bad bet.

However, as money came in on Bektic, the line on Elkins drifted all the way to +559. This carried an implied probability of 15.2%. If you estimated his chances of winning were 25%, this line would now be playable – and we all know what happened!

Check out this implied probability calculator by Ace Odds.

It’s Okay to Pass on Fights

Sometimes you can achieve good results by playing every fight on the card, but more often than not, it’s a stupid idea.

Pick your spots wisely. Not every fight has lines with value and some fights are impossible to get a solid read on. If you’re a full degenerate and have to play every fight on the card, consider using 10% unit sizes for the fights where you don’t have strong leans.

There is a business adage: “What gets measured gets managed”.

You should be tracking every single bet you make in a spreadsheet. Go back and check your results every so often.

Are you winning more on favorites or underdogs? Are you actually making money on those low risk, high reward parlays or are they just a drain on your bankroll?

It’s important to make data-led decisions when determining what betting style is most effective for you.

Browse for the Best Lines

Every small edge you can get over the bookmakers helps in terms of long-term profit. I recommend signing up to a handful of betting sites to ensure you’re getting the best price for each line you want to play.

In Europe, Oddschecker is an excellent resource for comparing the lines offered by various bookmakers. In America, Best Fight Odds does the same job.

Check out my personal list of recommended bookmakers. Whatever country you’re in, there will be a reputable site for you to use.