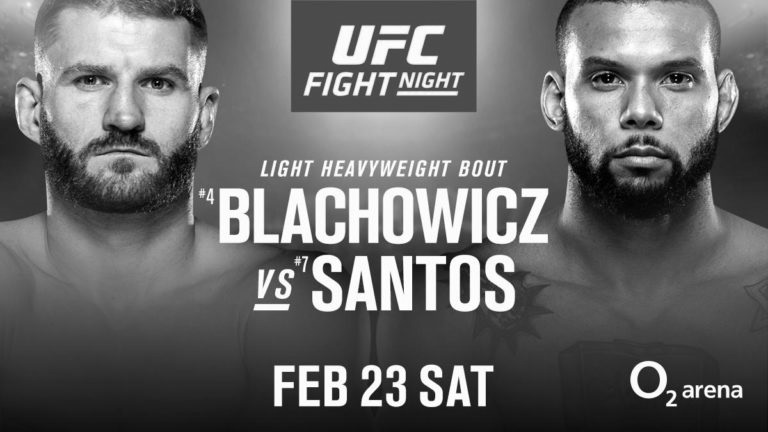 After a small profit last week, I’m looking to keep momentum rolling as the UFC heads to Prague, Czech Republic, for Fight Night 145. It looks like a good card from a gambling perspective and I’m happy with the spots I’ve found.

One does not become a champion at M-1 without being a legitimate fighter. Hailing from Kazakhstan but training in Russia, Damir Ismagulov is exceptionally well-rounded and a bright prospect in the UFC’s stacked lightweight division.

On the feet, Ismagulov is low volume and looks lackadaisical at times (which seems common for fighters from this region of the world) – but when he decides to pull the trigger, it’s clear he’s a proficient striker.

Ismagulov blends his wrestling and his striking, shooting well-timed takedowns when opponents are expecting him to punch or kick. His top control is solid and prefers to unload with ground strikes than go for submissions. As we saw in his UFC debut, the only criticism I have of the Kazakh is his lack of finishing instincts.

Facing him will be Joel Alvarez, who primarily looks like a submission specialist from the limited footage I’ve seen. A long and rangy fighter, his striking looks okay(ish) but I definitely think he’ll be at a disadvantage on the feet.

As you may assume from his body type, his takedown defense is terrible and Ismagulov should be able to put him on his back whenever he wants. On the ground, things could get interesting. Alvarez has won the vast majority of his fights by submission and it looks like he’s a crafty guard player.

It’s possible Alvarez could catch Ismagulov in a triangle, but this is a huge step up in competition compared to his Spanish regional fights. I think it’s far more likely Ismagulov dominates on the feet and controls the Spaniard on the mat. Give me Damir Ismagulov at -250.

In a fight with two women in their early twenties, there is definitely potential for a head scratcher in terms of how this plays out. I can still come to certain conclusions based on the recent footage of each fighter.

Hailing from Canada but training out of American Top Team, Gillian Robertson is not much of a striker (although this may be improving with world class training at her doorstep). She is however a complete MMA grappler, with technical takedowns as well as a savvy ground game. She showcases intelligent positional awareness and is a legitimate submission threat.

Her opponent, Veronica Macedo, seems to bounce around from gym – which I don’t necessarily think is a good thing. Her game doesn’t seem well structured, although she is a threat on the feet – particularly with her kicks.

Macedo has some grappling credentials and has won jiu-jitsu tournaments in Europe – but I’m not convinced her submission over position style is adequately suited to MMA. She makes questionable decisions on the mat and if she gives up her back against Gillian Robertson (as she’s done in the past), her night will be over quickly.

A wild head kick knockout by Macedo wouldn’t be outside the realm of possibility, but I think it’s more likely Robertson lands takedowns and scores a submission at some stage in the bout. Macedo seems like an emotional fighter and it wouldn’t surprise me if she went for submissions against the Canadian instead of strategizing to stuff takedowns and stay standing at all costs.

I think Gillian Robertson’s grappling will win this contest and I’m happy to play her at -150.

At first glance, this fight looks like a random barn burner that you should probably enjoy as a fan rather than bet on. Upon further inspection, I think I have an angle.

Fighting out of Mexico’s Entram Gym and training with the likes of Hector Aldana (make of that what you will), Marco Polo Reyes is a savage brawler. Packing concussive power in his fists, the aggressive Mexican loves nothing more than when opponents stand and trade with him.

Not the most defensively minded striker, Reyes boxes recklessly and has some good low kicks in his arsenal. I’m not sure if he will get the brawl that he wants out of his Danish opponent, Damir Hadzovic.

If you’ve seen Hadzovic’s terrible fight with Brazilian blanket, Alan Patrick, you’ll know that grappling isn’t his best asset. Fortunately, his takedown defense probably won’t be tested here. Instead, he’ll be able to get his boxing going which is where he shines.

Compared to his opponent, I believe Hadzovic has the superior boxing fundamentals: he keeps his hands high, has a good jab and throws nice clean punches. He’s one of the few fighters that had success against Mairbek Taisumov on the feet – and that speaks volumes.

I don’t want to suggest the Danish fighter is a lock, but I think we’re looking at a boxer versus a brawler here. I managed to bet Damir Hadzovic at +130. I’d still play him at pick ‘em odds as I cap him around -150.

Known as one of the best fighters at the lighter weight classes for a long time, I don’t think John Dodson is still a legitimate contender. Now 34-years-of-age and with a couple of failed attempts at the flyweight belt, the Jackson’s MMA fighter is at a strange point in his career.

This isn’t to say Dodson is finished. He’s still extremely fast and packs power in his left hand. The problem is he gives away rounds with long periods of inactivity and sometimes spends more time arguing with the referee than throwing punches.

Stylistically, I think Dodson has an extremely difficult match-up this weekend against the justifiably hyped Russian prospect, Petr Yan.

Still in his mid twenties with a huge amount of upside, Yan has looked fantastic thus far in the UFC, despatching of Teruto Ishihara and Douglas Silva de Andrade. With a background in boxing, Yan switches stances effortlessly, throws beautiful combinations and keeps opponents off guard with his upper body movement and slips. Also looking like a competent grappler, all evidence points to Yan being the real deal.

With his non-stop pressure and high volume attacks, I think the Russian fighter is going to be to much for the American veteran. I have some action on Petr Yan at the reasonable price of -250.

Fighting out of the American Top Team, Marcos Rogerio De Lima is coming off the back of an emphatic win over Poland’s Adam Wieczorek. I cashed on the Brazilian as a significant underdog in this fight and was hoping he’d be an underdog again this weekend.

An aggressive striker, I believe De Lima will use his powerful low kicks to negate the extreme reach advantage in this match-up. On the inside, the Brazilian will unleash destructive combinations and perhaps shoot takedowns.

De Lima has shown questionable fight IQ in the past and has a habit for putting his neck in the wrong places, leading to numerous submission losses. Although he performed well last time, this is still a big question mark as we know Stefan Struve is opportunistic with his submissions.

At only 31-years-of-age, Stefan Struve has an enormous amount of mileage on his body. There are also concerns about his health outside of the cage, with reports about the valves in his heart not functioning properly. This is pretty scary stuff and I don’t think Struve should still be competing if he’s putting his life at risk.

Standing 6’11, the Dutch fighter has never managed to utilize his reach effectively. We saw him awkwardly pump out his jab against Marcin Tybura, but that wasn’t enough to keep his opponent at bay. I’m pretty sure De Lima will be able to work his way inside.

Struve does not have good takedown defense but with his lanky limbs, he’s been able to snatch up submissions from time to time. This would appear to be his best chance of victory (other than landing a bomb while the two fighters are at distance standing).

Once an exciting contender, Struve looked flat in his last few performances and I just can’t trust him to win fights at this level anymore. I wouldn’t wager anything significant on this contest given the red flags on both fighters, but I’m siding with Marcos Rogerio De Lima at -125.

On paper this is an extremely close fight with both combatants having clear advantages.

Since moving up to light heavyweight, Thiago Santos has looked better than ever. In his dismantlement of British slugger, Jimi Manuwa, Santos showed he can take a punch nowadays – which wasn’t always the case when he was severely dehydrated at middleweight.

On the feet, Santos is explosive and deadly. With constant stance switches, you never know which kick is about to be unleashed. His boxing technique is nowhere near as clean as his kicks, but when you’re a big powerful dude that throws with venom – that doesn’t necessarily matter.

Despite his muscular build and explosive style, Santos seems to have fantastic cardio. This could give him the advantage the longer the fight goes, as Blachowicz has been known to fade in the past.

Also hitting his stride in his mid thirties, Blachowicz is a more conservative striker with excellent boxing. His jab is crisp and he puts combinations together nicely. While not as powerful as his counterpart, he also has one of the best chins in the UFC – so the power differential may not be as important.

In terms of grappling, both men are black belts although we’ve seen Blachowicz use his jiu-jitsu to greater effect in the octagon. Still, Santos is a hard man to take down and we’re probably in for a striking battle.

I slightly lean with Santos due to the cardio and power edge, but I’m not confident whatsoever so I’ll pass on betting him. If you’re looking for a parlay leg, fight doesn’t go to decision is most likely safe at -425.

Last week wasn’t a great live betting card, but I did manage to hit this small bet a few minutes into round one when it was clear that Andre Fili had the striking advantage.