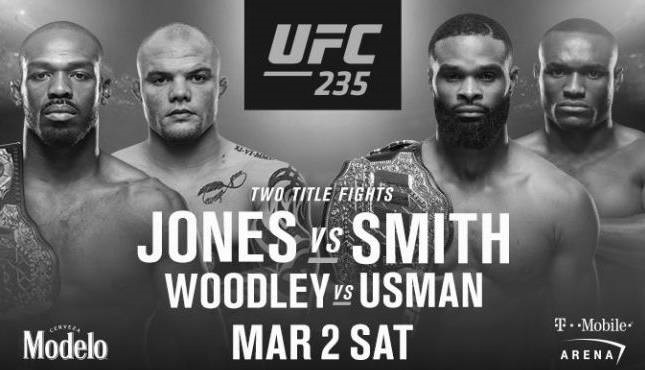 Coming off a highly profitable weekend, I’m bloodthirsty for more cash as the UFC heads to Las Vegas on Saturday. On this UFC 235 card I’m mainly looking at value spots rather than rock solid, confident plays (with the hope that the math works out in my favor). Here are my breakdowns of the fights I’m interested in betting.

The king of all savages, Diego Sanchez, is getting a bit long in the tooth. Now 37-years-of-age and with astronomic levels of mileage on his body (and brain), Sanchez is certainly on the downswing of his career. Once known for his iron chin, the Jackson’s MMA fighter has started to accumulate knockout losses in the past few years. If I got hit as many times as Diego, I may also believe there was an invisible man in the sky that governs the fate of the cosmos.

While the body of Sanchez may be declining, his mind is not. “The Nightmare” is one of the most mentally strong fighters we’ve seen in the octagon and will never quit, no matter what position he’s put in. You have to detach him from his consciousness to get him out of there.

While he’s had some difficult stylistic match-ups in the past few years, he had a favorable one last time against a British regional level fighter in Craig White. This showed me that Sanchez still has endless cardio, can still wrestle and is still good from top position.

We don’t always see the ground game of Sanchez, but he’s a legitimate jiu-jitsu black belt. He was never in a spot of trouble from top position against Polish submission ace, Marcin Held, and I think he’ll do just fine dropping hammers in Mickey Gall’s guard.

Entering his prime at 27-years-of-age, Mickey Gall will have youth on his side. He’s also faced a much lower level of competition in his short career. A brown belt in jiu-jitsu, the New Jersey native has finished all five of his career victories by way of submission (more specifically, by rear-naked choke).

While his club and sub victory over Sage Northcutt was impressive, I don’t think we can take much from his win over George Sullivan (a fighter with weak takedown defense and no ground game) or first round annihilation of the biggest comedy act in MMA, CM Punk. It’s clear Gall is an excellent grappler when he’s the one in a dominant position, but I’m not convinced he’s anywhere near as good off his back.

While his striking didn’t look great against Randy Brown, it’s possible he’s improved significantly thanks to working with kickboxing champion, Joe Schilling, over the past few years. Given the decreased durability of Sanchez, it wouldn’t be unfathomable for Gall to earn his first knockout win.

I know Sanchez is declining, but I can’t envision paying juice on Mickey Gall. I think it’s entirely possible Sanchez could win this fight with takedowns and top control. Despite being the much shorter fighter, this could be advantageous for Sanchez to get in on Gall’s long legs and take him down.

Maybe I’ll look foolish for this (it wouldn’t be the first time), but I’m going with Diego Sanchez at +295.

The enigma of the light heavyweight division, Johnny Walker, has finished his first two UFC opponents in devastating fashion. I wish we’d seen both fights go longer, because I still can’t get a read on how good he is.

One thing is clear: Walker is unpredictable with his attacks and extremely dangerous early. A hulking light heavyweight, Walker uses a lots of wild low percentage techniques – when they hit they look great, but I wonder how this will affect his gas tank in the later rounds.

In his contender series fight against Henrique da Silva, Walker’s cardio did not look great. Perhaps it was fortunate he was facing an opponent with even worse cardio. Aside from Wagner Prado (who I rate quite highly), Misha Cirkunov will be his best opponent to date.

Originally fighting out of a smaller gym in Canada, Misha Cirkunov has now relocated to Las Vegas where he puts in work at Xtreme Couture as well as at the UFC Performance Institute. A jiu-jitsu black belt with a good takedown game, I would classify Cirkunov as a complete MMA grappler. Looking at Walker’s regional footage, I’d presume Cirkunov will have a huge advantage if this hits the mat.

Despite his grappling credentials, the Canadian is not out of his depth on the feet. He dominated the striking exchanges with Glover Teixeira and although he’ll be at a power disadvantage in this match-up, he appears to have the superior fundamentals.

Would it be surprising if Walker finished the fight in round one with a flying knee, spinning wheel kick or barrage of elbows in the clinch? Not really. I also don’t think it would be surprising if Cirkunov secured a body lock, muscled Walker to the mat and finished him. A standing KO by Cirkunov in the second or third round wouldn’t be out of the question either.

I have some action on Misha Cirkunov at +150, since his path to victory entails avoiding an early knockout – which seems more than possible. With that being said, Cirkunov is currently +100 where I would take a pass.

Fighting for most of his career in Bellator as well as in top Asian promotion, One FC, most thought we’d never see Ben Askren in the UFC. With his unacceptable haircut and disgusting fighting style, it’s easy to see why the former Olympic wrestler is a polarizing figure.

In the modern era of mixed martial arts, it’s uncommon for fighters to be one dimensional – at least at the highest level. Askren literally has no striking, yet has made a career out of chain wrestling opponents to the floor and smashing them.

To his credit, he is not a lay and pray artist – he has a legitimate ground game. The Olympian floats well on top, advances positions quickly and is constantly searching for the finish – either by ground strikes or submission.

In the past, we’ve seen opponents pull guard on him or try to take him down and get reversed. I guarantee that won’t happen against Robbie Lawler.

While the former UFC champion might be a bit shopworn these days, Lawler could still have the one thing you need to defeat Askren: takedown defense. He’s been training with Logan Storley as well as other high level wrestlers and should be prepared for a tenacious grappling onslaught. Historically, he’s been good at stuffing shots.

Going back a few years, we saw Askren struggle to land takedowns on Luis Santos – a physically strong, hard hitting opponent. Although the fight was ruled a no contest due to an eye injury, Askren looked woeful in that performance.

Even if Lawler is a ghost of his former self, he should smash Askren on the feet. No matter what training Askren has been doing over the past few years, I can’t see him giving Lawler a competitive striking battle.

Ultimately this fight comes down to one question: can Robbie Lawler stuff the takedowns? At +237 I’m willing to find out.

Aside from his deplorable behavior outside the cage, you can make a strong argument for Jon Jones being the best mixed martial artist of all time. Having cleaned out the light heavyweight division, the UFC are struggling to feed legitimate challengers to Jones.

With no disrespect to Anthony Smith, he’s outrageously outmatched here. Despite his rough and rugged kickboxing style, he has far less finesse as a striker and will be at a huge reach disadvantage versus a master of the outside game.

Smith has also notoriously weak takedown defense, whereas Jones is a fantastic grappler with brilliantly timed entries into his takedowns. I think Jones can take him down at will, pound him out or score a submission.

I’m very confident Jones wins the fight, but at -850 I’ll pass. I doubt we get a playable line for Jones inside the distance either.