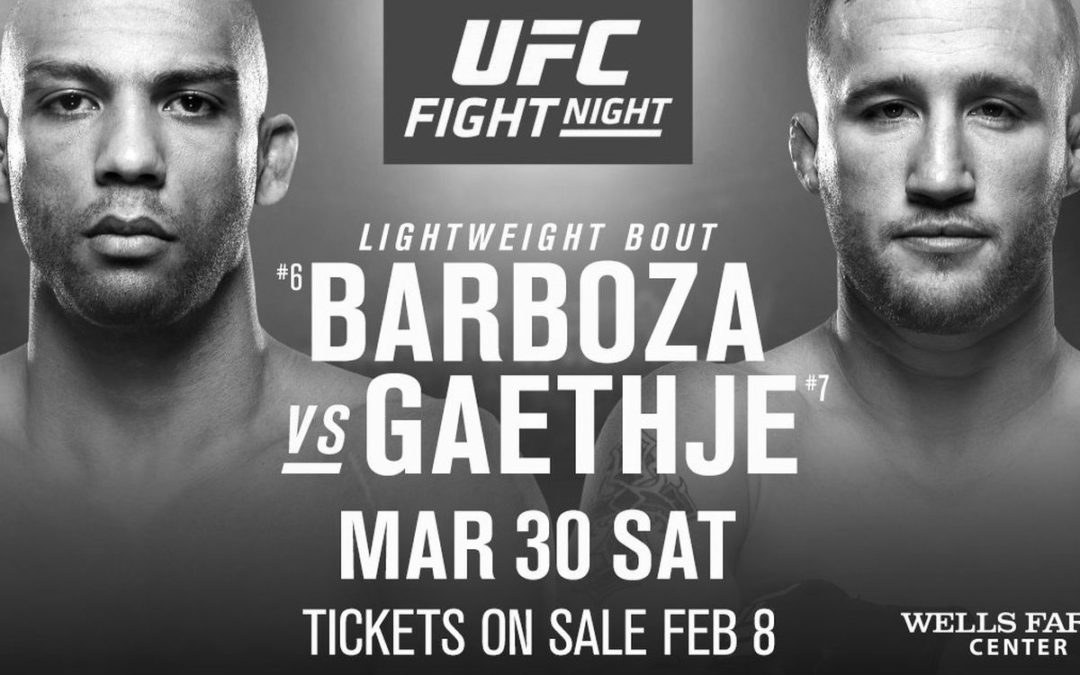 Last weekend was great, and I want to keep the momentum rolling. UFC on ESPN 2 looks like a decent card for live betting, but I’m not placing much pre match action – so this article will be shorter than usual.

I’m high on Team Oyama prospect, Alex Perez. Despite losing to Joseph Benavidez in his last bout, there was an accidental headbutt that changed the complexion of the fight.

Previously, he looked phenomenal in his first round dismantlement of Jose Torres (a competent but defensively porous opponent). His boxing looked sharp and he clearly packs some power – as Torres is notoriously durable.

Against a lower level opponent in Carls John de Tomas, Perez proved himself to be the superior grappler – ending the fight via second round submission. I believe he will be the more complete MMA grappler in this match-up, and should be able to dictate where the fight takes place.

Mark De La Rosa isn’t a bad fighter by any means, but I feel he’s a step behind in most areas – including power and athleticism. His offensive striking is serviceable, but he does get tagged a lot. I get the feeling Perez can hurt De La Rosa, but the reverse is not true.

On the mat, De La Rosa will hunt for submissions, but he doesn’t have much of an offensive wrestling game. Unless he’s made some vast improvements, I believe he’ll struggle to take Perez down.

You can probably guess where I’m going with this one. I have some heavy action on Alex Perez as a -225 favorite, although I wouldn’t be as enthusiastic about his current -300 moneyline.

I also think there is a bit of value on Alex Perez inside the distance at +155.

I can see why people like Sheymon Moraes as an underdog here. The guy is a smooth, technical striker with a great chin. He looked impressive in his last contest, derailing the ascendancy of highly touted prospect, Julio Arce.

With that being said, styles make fights and there are a few concerns for me. One potential problem for Moraes is that he’s heavy on his lead leg and commits to every shot. We saw Sodiq Yusuff devastate the lead leg of an excellent striker in Mike Davis, and I expect him to get his calf kicks going against Moraes as well.

Moraes is also quite low volume on the feet, which could lead to him losing rounds (even if he does land some eye catching shots). Another major concern is that his output drops in the second half of fights, and he’s lost round three in his last two contests.

I don’t think Yusuff is as clean as Moraes with his punches, but he’s still an extremely effective striker. The Nigerian prospect seems like a superb athlete and is deadly in the pocket when throwing venomous hooks. As an orthodox fighter, he seems to carry power in both hands.

You wouldn’t know it by the way he fights, but Yusuff actually has a high school wrestling background. Perhaps he could shoot takedowns in order to exploit Moraes on the mat, or at least work him against the fence to drain his cardio?

I absolutely rate Sheymon Moraes as a fighter, I just don’t think this is a favorable match-up for him. I screwed up predicting line movement, but I have some action on Sodiq Yusuff at -175.

If you’re looking for a high value prop bet, I like Sodiq Yusuff by decision at +230, since this seems like the most likely outcome for the fight.

As you’d expect from a Team Alpha Male fighter, Josh Emmett is a good athlete with a wrestling base and a big right hand. Like others from his camp, I question whether he’s a little too reliant on that right hand.

Coming off a long injury layoff after his last knockout loss does not inspire confidence. At the hands of Jeremy Stephens, Emmett incurred multiple facial fractures and the doctors were actually struggling to keep his eye in the socket (sorry for the gruesomeness). Even if he’s fully recovered, I can’t imagine he’s going to be fine and dandy taking punches to that side of his face.

Michael Johnson hasn’t set the world ablaze at featherweight, but he’s done enough to win decisions in his last two fights. Against a more compact opponent in Artem Lobov, Johnson had the perfect opportunity to showcase his long straight punches and swift lateral movement.

If this stays standing, it’s hard not to favor Johnson. He’s the taller, longer fighter with better striking fundamentals. Emmett’s path to victory seem like a single shot knockout, or a smothering wrestling decision – but the Team Alpha Male fighter doesn’t shoot many takedowns. Even if he does, Johnson is pretty good at stuffing shots (so long as he’s not facing a beast like Khabib Nurmagomedov).

I wouldn’t play Michael Johnson as a significant favorite, but at -110 I’ll take my chances.

What an amazing clash of styles we have in this main event! We’ve got the ultimate kickboxing technician against a savage pressure fighter that never takes a backward step.

After a couple of rough losses to the best two wrestlers in the division, Edson Barboza returned with a vengeance – smashing Dan Hooker in a dominant performance. While Hooker is a good fighter, he’s also a distance kickboxer by trade – and it’s very difficult to beat Barboza in that type of contest.

Historically, the opponents that have caused Barboza the most trouble have been pressure fighters. The Brazilian is fantastic when he’s given space to operate (since is offense is centered around his kicks), but doesn’t do as well off the back foot. Despite finishing Beneil Dariush with a flying knee, he was struggling with the pressure up to that point – although it wouldn’t surprise me if we see a similar ending in this contest.

Not the most defensively minded combatant, Justin Gaethje is a pure savage. He doesn’t mind taking a shot to give one back, but once he gets into phone booth range there are few that can match him. One of Gaethje’s best attributes is the way he cuts off the octagon. James Vick is renowned for using footwork and fighting long, yet Gaethje trapped him against the fence and obliterated him with an overhand.

I don’t know who is going to win this fight, but I would have major reservations playing Edson Barboza as a favorite against a pressure fighter (even though he does have the cardio advantage in a five round fight). Personally, I’d cap Justin Gaethje as a slight favorite so have no problem playing him at +131.