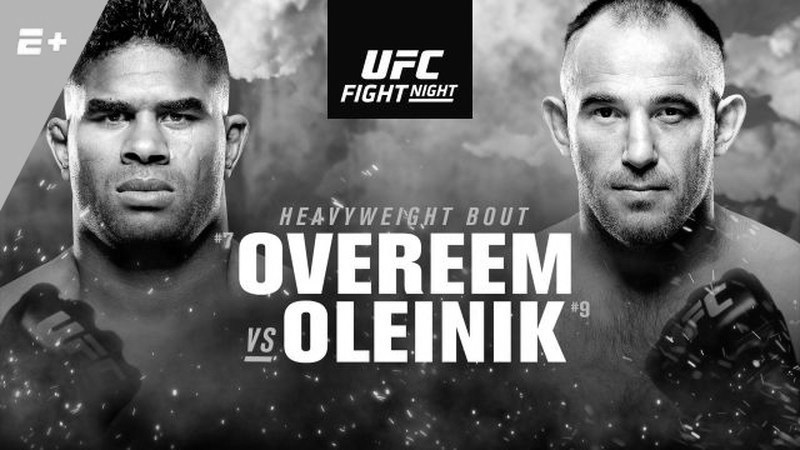 Last week wasn’t a great event for me and my bet on Eryk Anders was one of the worst I’ve made in a long time. That’s okay, historically the big PPV cards are the ones I’ve struggled with.

What I love is a small European card full of unpronounceable names that no one has heard of. I find these events have excellent betting opportunities, and I’m not disappointed by UFC Fight Night 149. Here are my breakdowns of the fights that I have action on.

As is common for fighters hailing from Dagestan, Magomed Mustafaev is a good wrestler and is impossibly tough. While freestyle wrestling was the base for his MMA career, he actually doesn’t shoot that many takedowns – instead he likes to get busy on the feet with an explosive array of strikes.

Putting full steam behind every shot, Mustafaev can knock out anyone with a punch, kick, flying knee or one of his renowned spinning attacks. His body kick from southpaw is particularly devastating and given his explosive style, it’s no surprise Mustafaev has never seen round three in his career.

I wouldn’t say Mustafaev has cardio issues, but given that he sits down on everything he throws – I suspect he is somewhat of a front runner. In round two against Kevin Lee, he was breathing heavily and did not offer as much resistance to the takedown attempts as he did in round one.

From what I understand, Mustafaev’s long layoff is the result of several injuries as well as personal issues. He also mentioned wanting to retire during his layoff, which is a huge red flag. While an experienced fighter, he must not show up rusty because he has a real test in front of him in Kyrgyzstan’s Rafael Fiziev.

Coming from a muay thai background, Rafael Fiziev is a nasty striker. He throws devastating leg kicks as well as powerful combinations with his hands. He can also counter beautifully and I think he’ll have plenty of opportunities against an opponent who will load up and try to kill him with every strike.

Fiziev’s grappling is somewhat of a question mark – although in the footage I’ve seen, his takedown defense and balance looked good. He also has an ideal body type for stuffing takedowns and trains at Tiger Muay Thai – a gym with an excellent wrestling program. With that being said, Mustafaev will be the best wrestler he’s faced by a wide margin.

While it’s possible he crumbles under the bright lights of the UFC, I’m inclined to side with the Kyrgyzstan native in this bout. I think he’s the more technical striker, manages his energy more intelligently and should be able to keep the fight standing.

Fighting in front of his home town, Alexander Yakovlev is coming back after a long layoff. While I couldn’t find out the reason for his break from fighting, his social media accounts show that he’s been training and I couldn’t see any obvious red flags.

The most bizarre thing about this fight is that Yakovlev, standing 6’3, is moving back down to lightweight where he reportedly struggled to make the weight in the past. At 34-years-of-age, I’m not sure if this is the wisest move and I hope his cardio holds up.

Stylistically, the Russian fighter has some advantages here. He towers over his Brazilian opponent and is good at playing the matador. With a well-rounded skill set, Yakovlev mixes his striking and his wrestling together effectively. Against an explosive striker in Paul Daley, Yakovlev showcased some beautiful reactive double leg takedowns and I think he can do the same thing this weekend against an opponent who is extremely aggressive.

Taking this fight on short notice, Alex da Silva has nothing to lose. From the limited footage available, he seems to primarily be a striker with some opportunistic submissions in his arsenal. While offering potent offense (especially with his chopping leg kicks), I don’t think the Brazilian defensively sound. In particular, he doesn’t defend takedowns well – although he can threaten with submissions off his back.

While Alex da Silva shows promise, I think this is too much too soon. He’s been primarily crushing cans on the Brazilian regional circuit and is now facing a legitimate UFC veteran in his hometown. I think Yakovlev stays elusive on the feet to avoid a fire fight, times his takedowns and smashes the young Brazilian from top position.

I have some action on Alexander Yakovlev at -130, I just hope he hasn’t fallen off a cliff during his time away.

One of the most popular fighters in this region of the world, Ivan Shtyrkov, finally makes his debut on the big stage – although he has experience against declining UFC veterans: Thiago Silva, Fabio Maldonado and Antonio “Bigfoot” Silva. Judging by his physique, I’m sure Shtyrkov leads a very holistic lifestyle and has the right vitamin supplements in his cabinet.

In terms of his skill set, I’m not sure what to make of “Ural Hulk”. While not the most technically proficient at either striking or grappling, he gets by with brute strength and power. His biggest weakness is his cardio. As you’d imagine by looking at him, he’s built for fast knockouts, not wars of attrition.

After a strong start against Antonio Silva in a 2016 contest, Shtyrkov gassed horrendously and took a beating in round three. If it wasn’t for interventions by the referee, Shtyrkov would have almost certainly been knocked unconscious.

His opponent, Devin Clark, is not going to be in the title picture at light heavyweight any time soon, but he is a UFC caliber fighter. Although coming from a wrestling background, Clark will be the more technical striker in this match-up, which isn’t often the case for him. In his best performances, Clark has broken the will of opponents with a grinding wrestling attack – and I believe he’ll look to do the same against Shtyrkov.

Clark’s major weakness is his chin. He doesn’t react well to being hit and has been starched on numerous occasions. In the first round especially, there is a strong chance that Clark gets walloped yet again.

However, there is absolutely no way I would recommend paying juice (giggle giggle) on Ivan Shtyrkov in his debut. Devin Clark has a clear path to victory and I think there is a bit of value on him at +160.

Just like his teammate and current welterweight champion, Khabib Nurmagomedov, Islam Makhachev is a fantastic wrestler. He also has solid jiu-jitsu and submission skills, which isn’t always the case for Russian fighters with such a strong wrestling base.

On the feet, Makhachev is somewhat raw, but he’s still an effective southpaw striker with knockout power. The Dagestan fighter doesn’t have to be the most proficient kickboxer of course, since few can withstand his takedowns and ground assaults.

While Arman Tsarukyan isn’t a household name, I have a strong suspicion he will be in the future. A decorated freestyle wrestler that trains at Tiger Muay Thai, Tsarukyan shows a level of proficiency far beyond what you’d expect from a fighter at 22-years-of-age. The young Armenian has good entries into his takedowns, excellent positional awareness on the mat and is also quite fluid on the feet.

I absolutely think Tsarukyan can give Makhachev a real fight, and this seems like bizarre matchmaking on behalf of the UFC. If you’re planning to bet Makhachev at -440, you’d better have a clown mask and orange wig ready because that line is nowhere near accurate.

I don’t know how this fight will transpire, but I’m confident it will be competitive. For that reason, I’m taking my chances on Arman Tsarukyan at +350.

Now 38-years-of-age and with a failed title bid behind him, Overeem needs to continue racking up wins if he wants to claim UFC gold before retiring. Stylistically, this looks like a favorable matchup for the Dutch kickboxing specialist.

Despite being one of the most technical strikers in the history of the heavyweight division (both at range and in the clinch), Overeem is an underrated grappler. Even though he lost to Curtis Blaydes (who is a fantastic wrestler), Overeem has typically performed well against opponents who’ve tried to take him down.

Against a submission ace in Frank Mir, the Dutchman fought methodically in order to maximize his advantage standing and negate Mir’s advantage on the mat. Recognizing Oleinik’s path to victory, I think we’ll see overeem take a similar approach in this contest.

At 41-years-of-age, Aleksei Oleinik is a grizzled veteran with a long list of submission victories on his record. While his striking style isn’t the most technical, marching forward and throwing hammers can work in the heavyweight division – where everyone has power behind their punches. This could be a factor in this fight, since Overeem’s chin is decimated at this stage in his career.

Oleinik will be at an advantage if he secures top position, but he’s not the most technical wrestler. Trying to muscle Overeem to the mat from the clinch will likely get the Russian massacred by a barrage of knees and elbows. It’s entirely possible Oleinik lands a big bomb or somehow secures yet another opportunistic submission, but it’s far more likely Overeem keeps the fight standing and whoops his ass.

I know it sounds sketchy given his chin, but my money is on Alistair Overeem at -210.