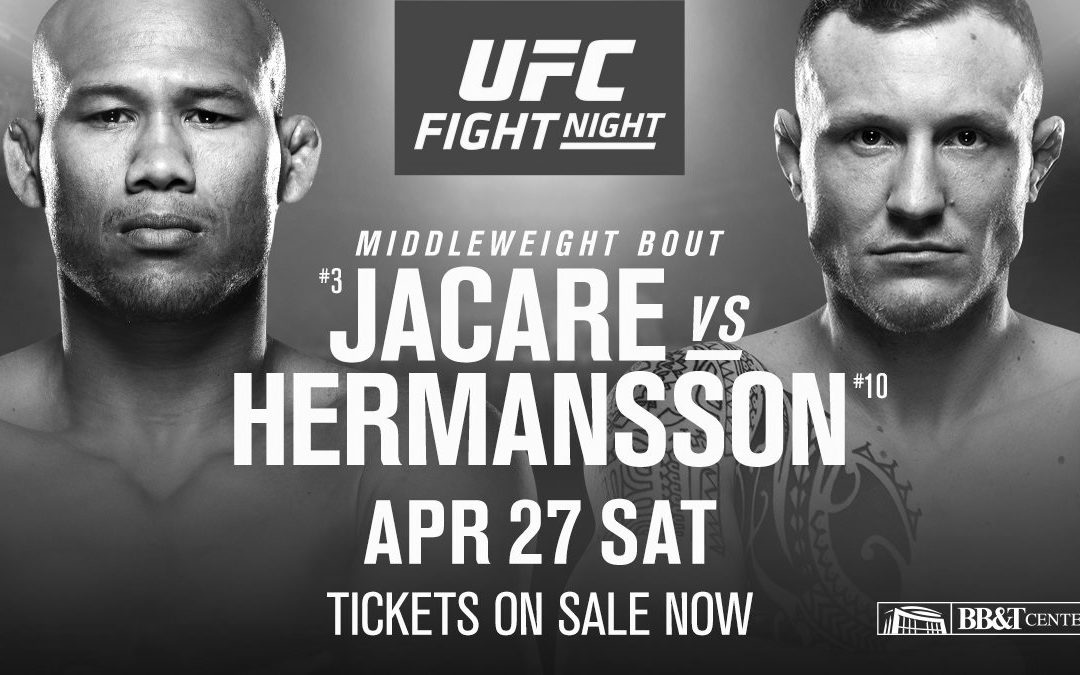 I’m not overly enthusiastic about this card from a betting perspective, so I’m keeping my action relatively small. I may place a few more bets if line movement goes the way I want (I’ll post them on Twitter leading up to the fight). As of now, here are my breakdowns for the fights I’m betting on UFC Sunrise.

Unlike his brother Douglas (who is one of the best welterweights in the world), Dhiego Lima is not the most well-rounded fighter. While he does throw nice long straight punches and has effective low kicks, I don’t think he deals with pressure well and has major issues shutting down a grapple-heavy attack.

In one of the worst fights of all time, Japanese grinder, Yushin Okami, was able to hold Lima against the fence, take him down and dominate him positionally for fifteen minutes. That fight must be on the mind of his opponent, Court McGee, who has always been proficient at blending his wrestling and striking.

McGee is a positive role model and rugged dude – even going so far to have multiple surgeries without the aid of narcotics due to his past problems with drug addiction. I think that says a lot about him as a man.

While not the most athletic or technical, McGee is solid everywhere and has the cardio for a three round battle. I was impressed at the way he won the scrambles against Alex Garcia, who is a powerful athlete and strong grappler.

Since his time off, perhaps Dhiego Lima has worked on his anti-grappling and is now able to stuff takedowns and create distance for his range striking to shine. If he hasn’t, it’s likely Court McGee will pressure, pocket box and wrestle his way to a decisive victory.

This isn’t the most confident pick in the world, but I have a few units on Court McGee at -152.

There are plenty of black belts in the UFC who’re capable of catching you in a submission if you put your arm or neck in the wrong place, but Virna Jandiroba is what I’d describe as a high level MMA grappler. Her takedowns are excellent, she’s solid positionally and is always hunting for the submission.

I’m really impressed by the Brazilian and I think she has a bright future in the women’s strawweight division. On the feet, she’s not a fish out of water – her striking isn’t anything spectacular but it’s good enough to prevent her from being bullied before she times a takedown.

Former strawweight champion, Carla Esparza, has been in the UFC for years and has fought a much higher level of competition. Originally known as a wrestler, her boxing has improved substantially since her UFC debut and she’s now infinitely more well-rounded.

While Esparza is competent from top position, she didn’t offer a great deal off her back against smothering wrestler, Tatiana Suarez. In that fight, Esparza did an adequate job of stuffing initial takedown attempts but was subsequently dragged to the mat in each round. While not as physically overpowering as Suarez, Jandiroba does chain takedown attempts well and I feel she can put Esparza on her back.

I’m not sure who has the advantage on the feet, but I feel the Brazilian is the more complete MMA grappler. For this reason, I’m taking my chances on Virna Jandiroba at -101.

I’m a piece of trash that wakes up at 3pm and pounds beer every day, so I hate to criticize a professional athlete with a work ethic 100x greater than mine. With that being said, I am not impressed by Thomas Gifford.

Most of Gifford’s wins come by way of guillotine and triangle, which is an immediate red flag. You can earn those types of submissions against plumbers and Uber drivers on the regional circuit, but that shit isn’t going to fly in the UFC. You simply cannot rely on UFC calibre fighters to give you easy submissions like that.

On the feet, Gifford looks stiff and rudimentary. What’s worse, he doesn’t possess the wrestling skill to capitalize on his submission game.

Standing in front of him will be Roosevelt Roberts – a long, rangy athletic prospect who is set to make waves in the lightweight division. I was highly impressed by the way Roberts dismantled Darrell Horcher in his UFC debut and I think he can put on another demolition job this weekend.

Roberts is light years ahead on the feet and is a solid grappler himself. As the superior wrestler, it will be up to Roberts where the fight takes place and if I were him, I would keep it standing.

Unless Gifford looks unrecognizable from the footage or Roberts does something unbelievably dumb (on par with Justin Scoggins), this should be a one-sided affair. I’m playing Roosevelt Roberts at -350.

One of the most legendary middleweights of all time, Ronaldo Souza, steps into the octagon yet again in his pursuit of a long overdue title shot. I’m sure you don’t need me to tell you his game, but I’ll do so for those unfamiliar. Souza’s top game is world class and while he sometimes shoots from far out, the entries to his takedowns are usually solid.

When Souza is on top of an opponent, it’s typically a matter of time before a finish emerges – either via submission or with ground strikes. However, Souza is more than capable of handling himself on the feet – knocking out the likes of Chris Weidman and Derek Brunson in recent years (embarrassingly, I lost money on both fights).

Souza’s striking style is more barbarian than technician, but he’s absolutely effective. Against Weidman, Souza put steam behind every shot thrown. This kind of energy expenditure is draining on the cardio system, hence why we often see Souza fade in the second half of fights (although he’s good at fighting through exhaustion).

Skill for skill, Souza has every advantage but at 39-years-of-age and with a lot of battle scars, his younger opponent could potentially weather an early storm and outlast him.

Jack Hermansson is a skillful, well-rounded fighter. Known as a ground strikes specialist, the Norwegian has finished numerous opponents on the mat. However, it remains to be seen whether he’ll want to go to the ground in this match-up. While he submitted a legitimate black belt via guillotine in his last contest, trying to pull a similar move against Souza could be disastrous if he fails and winds up on bottom.

Unlike Souza, Hermansson is light on his feet and doesn’t sit down on his shots. His agility and constant movement could be useful for avoiding the Brazilian’s power punches.

If this was a three round fight, I’d have no hesitation playing Souza – but it isn’t. While I think Souza winning via stoppage in the first few rounds is the most likely outcome, I’ll pass on betting him at -200. If we get into round three and Hermansson looks like the fresher fighter, this could present an interesting live bet opportunity.

If you tried to sign up for my free Top Secret Live Betting guide last week and didn’t receive it, my apologies – there were some technical problems. It should be sorted now so if you want to learn more about my live betting strategy, check out the link below.