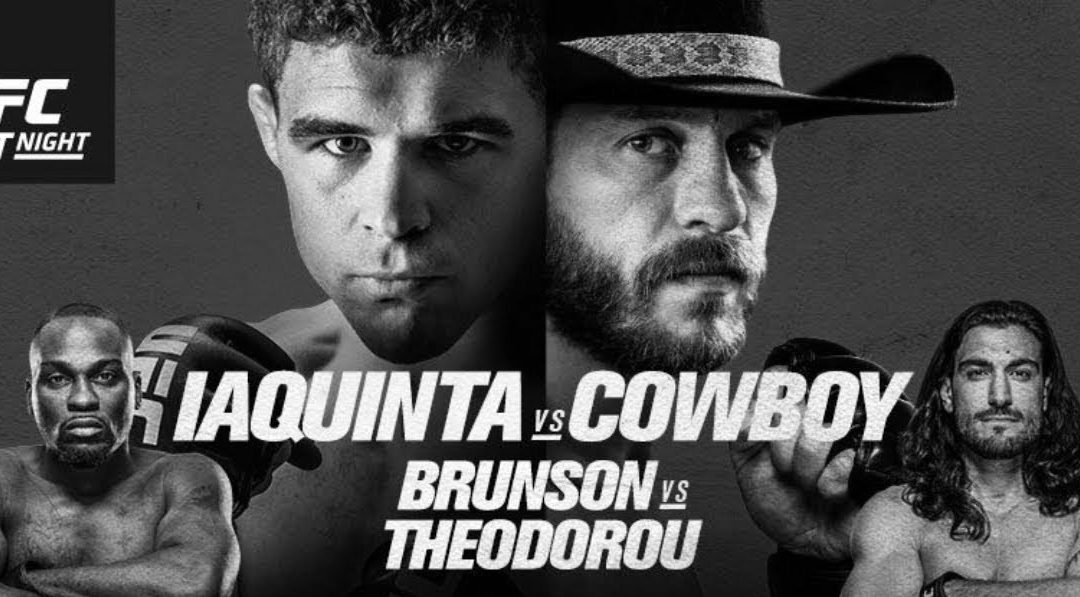 After riding hot in February and March, I’ve come to a bit of a standstill during April. That’s okay, I’m in this game for long-term winnings and I understand you can’t score big bags of cash every single weekend. Anyway, the UFC is heading to Ottawa, Canada, for an exciting fight card. Here are my breakdowns for the bouts I have action on for UFC Fight Night 150.

Since representing Canada in freestyle wrestling at the Olympics, Arjan Bhullar turned his focus to mixed martial arts where he has amassed an 8-1 record. At 6-foot tall with a 76-inch reach, Bhullar is on the smaller side for the heavyweight division, but that doesn’t necessarily matter so much.

At American Kickboxing Academy, the coaches have had plenty of success in game-planning for short heavyweights that have a strong wrestling base. Like his teammate Daniel Cormier, Bhullar has developed proficient boxing as well as a pressuring style to complement his grappling skills. In particular, Bhullar’s jab is one of his best weapons and I think he’ll find a home for it in this match-up.

A true super heavyweight, Juan Adams stands 6’5 and has a significant cut to make the 266-pound limit. While not the most technical striker, Adams is certainly dangerous and his opponent cannot afford to eat too many flush punches.

While not as credentialed as Bhullar, Adams does have a Division 1 wrestling background himself. When he’s able to get top position, Adams is a savage with ground strikes – although I’m not confident he’ll have that privilege this weekend.

At only 27-years-of-age, Adams still has a lot of room for improvement. Against Chris De La Rocha, he looked extremely green and it’s not surprising that he’s only been a professional fighter since 2017. Perhaps due to the weight cut, Adams seems to be a bit of a front runner and could find himself in deep waters if he can’t get a first round finish.

I can see why people like the more physically imposing Adams at first glance, but stylistically I think this fight favors Bhullar. I believe the Canadian can pressure, land his jab, grind Adams against the cage and perhaps score takedowns. Draining the gas tank of Adams is imperative, and I think Bhullar has the perfect skill set to do this – I just hope he doesn’t get starched in the first few minutes.

I favor Arjan Bhullar to win outright, so I bet him at +110.

A savage from Huntsville, Ontario, Kyle Nelson is not a point fighter. Taking his UFC debut on extremely short notice against established veteran, Diego Ferreira, Nelson had his opponent in trouble early before gassing and getting finished himself. A huge 5’11 featherweight, Nelson will have size and reach in his favor but I wonder whether the weight cut will affect his cardio?

On the feet, Nelson loads up on his shots and is quite raw. While not the best wrestler, he is effective with his ground strikes (especially elbows) from top position. With that being said, I think we probably see a striking affair in this match-up.

Training at the legendary Alliance MMA and a prodigy of Dominick Cruz, I think Matt Sayles has a bright future in this sport. He has excellent footwork and nice accurate punches. He gave Marlon Moraes (who is a really solid kickboxer) a close fight and I strongly believe Sayles can make waves in the UFC.

Although the Alliance MMA fighter will be undersized at 5’7, I think he has the in and out movement to compensate for a 3.5-inch reach disadvantage. Sayles also has brilliant cardio, which cannot be said for Nelson.

While he may have to weather an early storm, I think Sayles has a significant advantage in terms of technical striking, and the longer this fight goes the more obvious it will become.

Taking this fight on short notice, Sergey Spivak has primarily fought in his native Ukraine but will be making his UFC debut in Canada. At 24-years-of-age and with a lot of room for improvement, it wouldn’t shock me if he’s evolved since his last performance against aging veteran, Tony Lopez.

Still, based on the footage available there is nothing that jumps off the page about Spivak. He looks like a run of the mill regional heavyweight that predominantly likes to strike. He seems to have a reasonably proficient ground game, although I’m not sure if he has the wrestling chops to capitalize now that he’s taking a step up in competition.

Spivak fires dangerous flurries on the inside, but this time he’ll be fighting a bigger, longer, southpaw opponent that understands distance management. I don’t think he’ll be able to just tee off on Walt Harris like he has against some of the underwhelming guys he’s fought thus far.

While Harris has a reputation for laying an egg here and there, he does have numerous positive attributes. A natural athlete with concussive power, Harris stands 6’5 and has an impressive 81-inch reach. Fighting southpaw, Harris fires his left hand like a piston and can knock out anyone if he lands clean. He also has a pretty good left kick to the body (when he decides to throw it).

At 35-years-of-age, Harris may be coming into his prime as a heavyweight. He certainly looks much better than he did in his early UFC fights.

I’m struggling to see a clear path to victory for the Ukrainian. It’s possible he lands a kill shot on the inside, but Harris controls distance well. Likewise, Spivak may have the superior ground game, but Harris is a tough guy to take down. I think the most likely outcome for this fight is the American dominating the striking at range and either winning by KO or decision.

If you’re expecting a confident pick on this main event, you can stop reading now because I have no idea how this fight transpires.

Coming off an impressive win over Alex Hernandez, It seems Donald Cerrone has his mind focused on attaining the lightweight belt before he retires. At 36-years-of-age, he has to move quickly.

On the feet, Cerrone is an excellent kickboxer with chopping low kicks. He doesn’t do as well in boxing range, especially defensively, but his knee down the middle is a powerful weapon for keeping opponents at distance.

Although we don’t always see it, Cerrone has an excellent ground game and is a dangerous guard player. For this reason, he’s not afraid of being taken down – which allows him to unload with kicks. A ground fight would certainly favor Cerrone, but it’s questionable whether he’ll be able to take down a higher level wrestler in Al Iaquinta.

While he’s unlikely to score a double leg takedown in open space, it wouldn’t surprise me if Cerrone dragged the fight to the mat via a sneaky reactive shot – as he did against Alex Oliveira.

Despite his westling base, Iaquinta likes to grapple defensively and fight with his hands. A boxing stylist, he performed excellently as an underdog against Kevin Lee in his last contest (and I made some sweet cash). If this fight stays standing, I give Iaquinta the edge as a pressuring, boxing-centric attack has caused problems for Cerrone in the past.

Ultimately, any outcome other than a submission victory for Iaquinta seems possible. While I favor Cerrone slightly as I feel he’s the more complete fighter – I might wait to live bet him as he always starts slow, which means we could get a wide line after the first few minutes (as we did when he fought Alex Hernandez).

In terms of pre-match action, I’ll side with Donald Cerrone but I’m not betting him at +110.