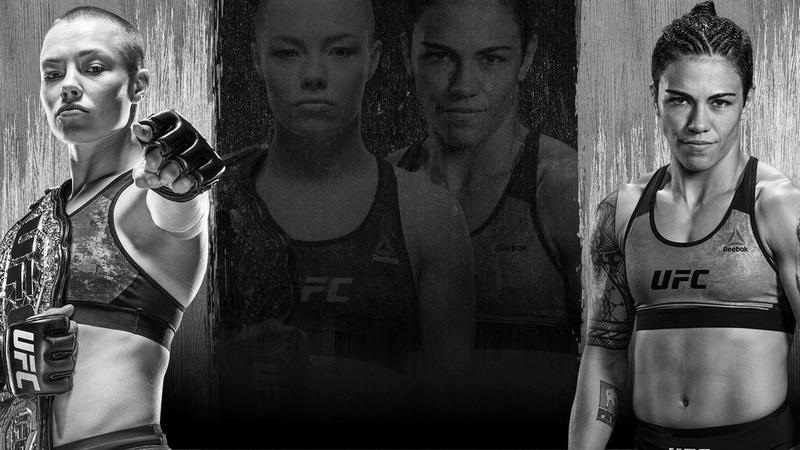 After a clean sweep on documented plays last weekend, I’m bloodthirsty to extract more cold hard cash from the internet. There is nothing more enjoyable in the world than making money without having to deal with humans in a face-to-face capacity. Here are my breakdowns of the fights on UFC 237 where I have action.

In between placing the bet (which I mentioned on social media) and writing this article, enormous amounts of money has come in and the lines have moved significantly. If you’re just looking into this fight now, you’ve missed the boat – but I’ll do a quick breakdown regardless.

UFC newcomer, Melissa Gatto, does not look ready for the big stage. She doesn’t seem to have much striking ability or takedown defense. In fact, she’s happy to get taken down as she likes working off her back.

A purple belt in jiu-jitsu, Gatto is capable of submitting incompetent opponents from guard – but that type of stuff doesn’t work at the elite level. For her debut, Gatto has been given an unfavorable match-up.

Talita Bernardo probably isn’t going to be in title contention at any stage, but she has plenty of positive attributes. Her striking isn’t anything special, but she throws fluid combinations and looks much more polished than her opponent. Bernardo has good takedowns (particularly her body lock) that complement her ground game. A jiu-jitsu black belt, Bernardo is proficient from top position and is unlikely to get caught in an armbar or triangle.

Ultimately, I feel this is going to be a grappling match where one fighter is a much more technical grappler than the other. I played Talita Bernardo at the generous price of -175, but I would probably pass on her current price of -450 as I feel it’s about accurate.

Fighting out of American top team, I was impressed when I saw Thiago Moises crush his opponent in a Contender Series bout last year. A savage kickboxer and jiu-jitsu black belt with opportunistic submissions, Moises has developed a strong skill set at only 24-years-of-age.

Unfortunately for Moises, his UFC debut did not go well. Taking the fight on short notice at elevation against a savvy veteran in Beneil Dariush was a tough ask, but he didn’t perform well. In particular, trying to guillotine Dariush and ending up on bottom position on three occasions looked dreadful.

Because of his age and where he’s training, Moises could be making huge improvements between camps. However, based on what I’ve seen from him so far – I don’t think he handles pressure well and doesn’t seem to have the wrestling for his ground game to shine.

Kurt Holobaugh is coming off two disappointing losses in a row, but they were against excellent opponents and he had success in both fights. He was also cutting a lot of weight to make featherweight, so may look better at his more natural weight class of lightweight.

Holobaugh may be at a disadvantage in terms of pure jiu-jitsu, but his wrestling is solid. I also admire his boxing-centric striking style. He has a crisp jab, excellent shot selection and good upper body movement.

While he doesn’t have the kicking attacks of his opponent, I feel that Holobaugh is the more effective striker and I favor him to prevail if he can keep Moises on the back foot. This isn’t a confident pick by any means (especially since I’m betting on an away fighter in Brazil), but I think the value is with Kurt Holobaugh at +124.

I’m not sure what to make of Ryan Spann. He seems like a decent, athletic, well-rounded fighter – but there isn’t anything about his game that stands out. His kickboxing is serviceable and he’s got a nice 1-2, but I think he prefers to grapple than strike.

I’d say Spann’s submissions are his best asset – he can snatch up a neck or arm if you leave it out there, but I doubt he’ll have that opportunity this weekend. Although his chin is a bit suspect (as is his cardio), Spann is in his athletic prime at 27-years-of-age and is going up against an older legend of the sport.

At 42-years-of-age, it’s incredible how long Antonio Rogerio Nogueira has been around for. A third degree jiu-jitsu black belt and deadly southpaw boxer, the Brazilian is a supremely skilled combatant. If he was in his prime, this would be a mismatch – but how much left has Nogueira got in the tank?

I cashed on Nogueira as a significant underdog against Sam Alvey last year, but this is an entirely different type of opponent. Still, I’ve always loved the way the Brazilian throws hands and I honestly think he can knock this dude out. If the UFC were looking to give Nogueira a winnable match-up in his home nation, I think Ryan Spann fits the bill.

I’m not sure how this fight plays out, but I’m confident Antonio Rogerio Nogueira is the value side at +140.

Strawweight champion, Rose Namajunas, will defend her belt in hostile territory this weekend. Once known as an excellent jiu-jitsu player, the striking of Namajunas has improved exponentially over the past few years. Perhaps this is due to training with flyweight champion, Valentina Shevchenko?

Most thought Namajunas would be outclassed on the feet by muay thai ace and former champion, Joanna Jedrzejczyk, but she proved that wasn’t the case in back-to-back victories. The champion version of Namajunas has excellent footwork and understanding of distance, which could be crucial against a much more compact opponent in Jessica Andrade.

Reminiscent of her pint-sized compatriot, John Lineker, the supremely aggressive Andrade fights like a pitbull – winging hooks to the head and body at close range. If you fight her in a phone booth, as Karolina Kowalkiewicz did, you’re likely to get your lights turned off.

When Andrade fought Jedrzejczyk, she failed in cutting off the octagon and didn’t get her wrestling going. Like Jedrzejczyk, Namajunas has the footwork and length to cause Andrade problems – but I don’t think she has the same level of defensive wrestling.

If Andrade can out-wrestle a powerful grappler in Claudia Gadelha, I think she can land takedowns on Namajunas – so long as she’s able to get her hands on her. On the mat, Andrade doesn’t threaten with submissions too much, she’s instead content to hang out in half guard or side control and rain down elbows and hammer fists.

This is not to say that Andrade is safe on the mat (Namajunas can threaten with submissions from everywhere), but the Brazilian probably wins this fight more often than not if she’s able to consistently secure top position. I also feel that Andrade has the cardio advantage.

Namajunas could absolutely win this fight by sticking and moving for twenty five minutes or snatching an opportunistic submission, but I think it’s more likely Andrade overwhelms her with pressure, takedowns and strikes from top position.

Edit: I was going to pass on this fight but screw it, after more thinking I’ll take my chances with Jessica Andrade as a -125 favorite.

Ohmbet are offering a welcome bonus with Jessica Andrade at enhanced odds of +900, click here for full details.