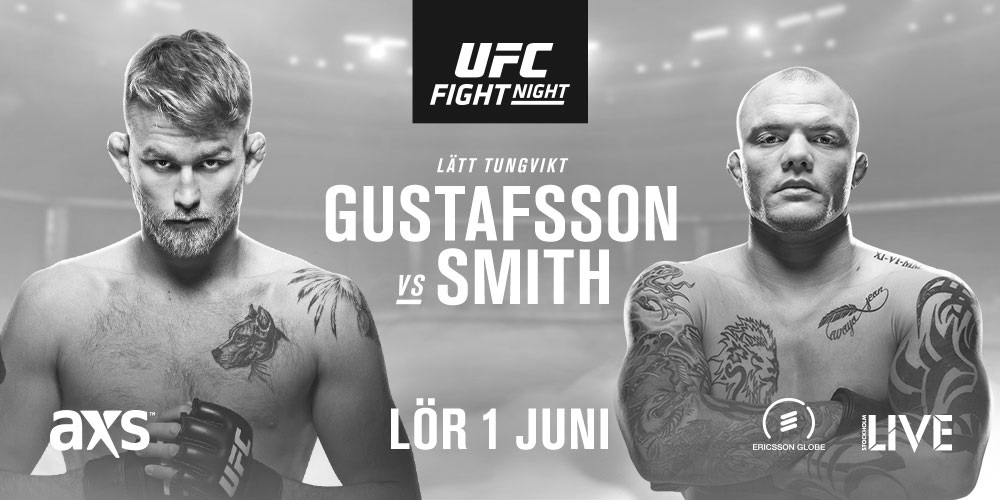 I’ve always found small European cards to be the most profitable, so I’m looking forward to UFC Stockholm on June 1st. I’ve been trading wins and losses recently and want to get momentum going in the right direction. Here are my breakdowns for the fights where I have action.

If you care about accolades, Bea Malecki is a World and European amateur muay thai champion who made the transition to MMA two years ago. She has the offensive variety you’d expect from a traditional thai boxer: savage knees, elbows, kicks and less than great hands.

At kicking range she will have a huge advantage, firing off teep and low kicks to rack up points. Like a lot of muay thai purists, Malecki is no defensive wizard and stands stiff as a statue.

The Swede has been competing in grappling tournaments and was training at All Stars before doing this camp at surging Texan camp, Fortis MMA. If it hits the mat, Malecki will probably have the edge but I think we’re in for a striking affair.

It’s been a couple of years since Duda Santana last fought, so we don’t really know what we’re going to get. She primarily looks like a boxing stylist and her best asset is her long straight punches down the pipe. Defensively she looks extremely bad and I suspect she’ll struggle to deal with the kicking attacks of her opponent.

There are a lot of unknowns about both ladies, but this is likely to be a sloppy brawl. At underdog odds, I’ll side with the Swedish hometown fighter who has the more dynamic striking offense. Santana has never fought outside her native Brazil and her opponents looked terrible from the footage I’ve seen.

I wouldn’t recommend dropping multiple units on a fight like this, but my money is on Bea Malecki at +150.

Another Swedish muay thai stylist, Lina Lansberg, looks to get back to winning ways as she goes against rugged American grappler, Tonya Evinger.

Like her opponent, Lansberg is in her late thirties and is unlikely to be making vast improvements at this stage in her career. She’s a reasonably proficient kickboxer at range, but does her best work in the clinch. She was able to hold Aspen Ladd and Gina Mazany against the fence where she loves attacking with knees – this makes me think she’s physically strong.

In her most recent fight, Lansberg was taken down and dominated by Yana Kunitskaya (a woman that Evinger herself took down and dominated). The Swede is not great at defending takedowns and is a turtle off her back – which could spell disaster against a high level grappler like Evinger.

The American is not a fundamentally sound striker – she likes to march forward with her hands low and throw bombs. Still, she often finds success on the feet (this could be because her opponents are terrified of the takedown threat). When she gets her hands on you, that’s when the fun begins.

Evinger chains takedown attempts well and has effective trips in the clinch (where Lansberg is usually comfortable). On the mat, Evinger is not a lay and pray type of grappler – she’s constantly hunting for the finish, either with strikes or submissions. She has a devastating top game and is a smooth scrambler. I think she will look several steps ahead if the fight hits the ground.

Lansberg’s best chance to win this fight would be to stick and move, but I don’t think she has the power or footwork to stop Evinger from tying up with her. This looks like a highly favorable match-up for the American fighter – I just hope that she’s in her usual form.

My money is with Tonya Evinger at -170, although I wouldn’t play her at the current price of -220.

As someone who follows Cage Warriors closely, I’ve seen Chris Fishgold’s journey from regional champion to UFC fighter. He’s entering his athletic prime at 26-years-of-age, although he’s been a professional for nine years.

With his blue collar, workmanlike style, Fishgold blitzes opponents with hooks before tying up and muscling them to the mat. A jiu-jitsu black belt, the Englishman is a great back taker and has finished numerous fights by way of rear-naked choke.

However, I don’t think he’s a fantastic positional grappler. In a 2016 fight with Nic Herron-Webb, some of the transitions looked sloppy and he often loses positions while chasing submissions. I know that was a few years ago, but he also ended up on his back twice in his most recent UFC fight against a pure striker in Daniel Teymur.

I also have questions about Fishgold’s cardio. He pushes a crazy pace to begin with but slows down quickly. In his second round victory over Teymur, he looked to be breathing heavily after securing the win and was perhaps fortunate to be fighting someone with a worse gas tank than him. While not the tallest guy at featherweight, his body type appears dense and I suspect he has a significant cut to make the weight (which could affect his cardio).

Plagued by a lack of activity in recent years, Makwan Amirkhani returns to action and will look to showcase the new skills he’s been working on at famed Irish camp, SBG. A decorated Greco Roman and freestyle wrestling champion in his native Finland, Amirkhani is a high level grappler that chains his takedowns beautifully. He has some unusual takedowns in his arsenal, such as the back body lock, which could be problematic for a fighter like Fishgold with less wrestling experience.

I don’t know what jiu-jitsu belt Amirkhani possesses, but his ground game is solid. I liked the way he worked back to his feet against Arnold Allen and he only lost that fight due to a bizarre standup from the referee in round three. I admire his scrambling ability and his top game looked better against Jason Knight than it did against previous opponents.

Amirkhani spent time working on his striking at a Finnish boxing gym and for a fighter with a solid wrestling base, SBG might be a good fit for him to round out his skillset. While his output is quite low on the feet, he does throw nice straight shots and has good counters too.

The Finnish fighter will likely have to weather an early storm, but I think he takes over if he can do so. Skill for skill, Amirkhani is at a higher level and it doesn’t make sense for him to be an underdog (in my humble opinion).

Coming off a devastating loss at the hands of light heavyweight overlord, Jon Jones, it’s easy to write Gustafsson off. However, the performance was a masterclass by Jones, using lateral movement, low kicks and an array of other tools to completely nullify Gustafsson’s boxing offense. As great as Jones’ display was, we’re not going to see something similar from Smith – who will stand in front of you and give you a battle to the death.

Gustafsson has excellent boxing for MMA, with one of the best jabs in the UFC. Against an opponent with less finesse on the feet and porous defense, I think Gustafsson can shine in front of his home crowd. If things get dicey on the feet, the Swede also has an underrated takedown game and is dangerous from top position. We saw him go to his grappling against Polish kickboxer, Jan Blachowicz, and this could represent the path of least resistance against Smith (who has never been effective at fighting off his back).

Smith looked great in dismantling fading veterans, Rashad Evans and Shogun Rua, but he has an entirely different task ahead of him in Stockholm. The American is a savage with true knockout power, but I think he’s at a deficiency in terms of technical striking ability. This isn’t to say he can’t win, but I think it would require an underwhelming performance from Gustafsson.

I like Alexander Gustafsson to land the cleaner strikes and perhaps score takedowns en route to a decisive victory, so I played him at -200. With that being said, his price is now -275 and I no longer think he’s a good bet.

It’s okay to pass if there is no value on the line, even if you think the fighter is going to win. I got reckless last weekend and forced bets where there was no value.  I was rightfully punished for it, so don’t do the same!

We’re looking at Leonardo Santos, a fourth degree jiu-jitsu black belt from Brazil, against Stevie Ray, a brown belt from Scotland that has shown a lack of takedown defense throughout his UFC career. Those might be the only significant things we need to know about this fight, but Santos is 39-years-of-age and is coming off a 32-month layoff, so I refuse to bet him at -250.

If Santos looks rusty or invests a lot of energy into a failed takedown attempts, things could get interesting from a live betting perspective.

Skill for skill, these two look pretty evenly matched. Giagos has the wrestling advantage, whereas Hadzovic is the sharper striker. Giagos will have seen Hadzovic get smothered by Brazilian blanket, Alan Patrick, and will likely go to his wrestling.

However, shooting takedowns is energy draining and Giagos has been known to gas. If the American gets off to a fast start but is expending a lot of energy, I’ll look to live bet Hadzovic.

Like his brother David, Daniel Teymur is an excellent muay thai striker. Unlike his brother, Daniel doesn’t manage his energy well. He’s slowed down in all of his UFC fights and could be in trouble again if he doesn’t secure a first round finish.

Teymur will have to navigate a huge reach and height disadvantage, which is energy taxing in itself, and his Korean opponent looks like a solid striker. If Teymur gets off to a good start but doesn’t finish, I will definitely be watching the live line on Sun Bin Jo.