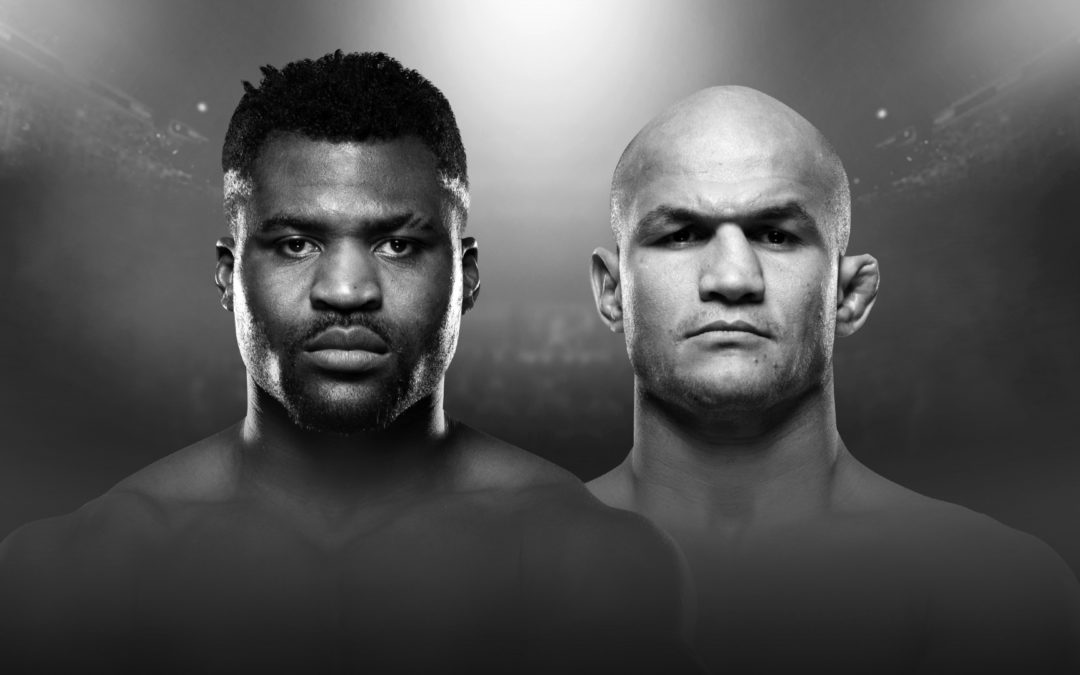 UFC on ESPN 3 looks like an entertaining card and there are a number of betting spots I like. Here are my breakdowns of the fights where I have action.

Since getting submitted by Gillian Robertson (who is a high level grappler), Emily Whitmire has looked good in her past two performances. She throws nice straight punches, is defensively sound, can wrestle (offensively and defensively) and is strong from top position. She also trains at an excellent gym in Xtreme Couture.

Amanda Ribas is making her delayed UFC debut after getting in trouble with USADA a few years ago. Offensively her striking is okay, but she blocks punches with her face and her knockout loss to Polyana Viana on the Brazilian regional circuit was not a good look at all.

While Ribas may have a jiu-jitsu advantage on paper (black belt versus blue belt), I think she’ll struggle to take the fight to the mat. Her takedowns primarily involve trips in the clinch and dreaded head and arm throws – which her opponent should be able to defend. If someone does land takedowns in this fight, Whitmire is the more likely candidate.

The X factor in this contest is that Ribas has been on the bench for three years. She’s only 25-years-of-age and could have improved greatly during her time off. She did achieve her jiu-jitsu black belt during this period.

Based on the footage available, Emily Whitmire looks like the more technical fighter and I had no problem dropping 1.5 units on her at -145.

I think Roufusport fighter, Jordan Griffin, has a high ceiling in the UFC. On the feet, Griffin fires fluid combinations and is supremely aggressive (to the point of recklessness). He’s also a competent grappler, although he made some poor decisions in his last contest with Dan Ige – which ultimately cost him the fight.

I liked Griffin as an underdog against veteran grinder, Chas Skelly, but unfortunately that fight won’t take place. Instead, Griffin has a new opponent in Vince Murdock.

I’ve got to be honest, I’m pretty underwhelmed by what I’ve seen from Murdock in the footage available. He seems to primarily be a striker, but is quite rudimentary. While he trains at a good camp in Team Alpha Male, he will be forced to overcome a deficit in speed, size, technical striking ability and reach.

This sounds crazy for a featherweight fight, but the stats tell me that Griffin is four inches taller and will also have an 8-inch reach advantage. I think the trend of debuting fighters losing continues here, as Griffin scores a savage knockout for the highlight reel.

I have 4 units on Jordan Griffin at -250, although that line got crushed quickly. As of Monday he’s available at the price of -325 and I still think you could use him as a parlay leg.

I’ve made a last minute play on this fight so the breakdown will be short. My newsletter subscribers received this bet shortly after I placed it.

Dequan Townsend seems like a wild brawler and he’s taking this fight on short notice. His offensive striking is sloppy and reckless. He also lacks takedown defense and is not a good positional grappler. If he winds up on bottom position, I think he’s going to struggle badly – especially if his cardio fails him.

Dalcha Lungiambula is by no means a world beater, but he is a reasonably proficient striker and high level judoka. That should be more than enough to beat a guy like Townsend who, with all due respect, is not remotely UFC calibre.

I parlayed Dalcha Lungiambula at -244 with a fighter from Cage Warriors (taking place earlier in the day).

Scotland’s Paul Craig is a crafty guard player. He is not a complete MMA fighter.

With those long limbs, he can lock up a triangle off his back – but how many opponents are going to fall for that?

Craig was on the way to a decision loss against Kennedy Nzechukwu and Magomed Ankalaev, yet pulled out a Hail Mary triangle submission in the dying seconds of both fights. The Scot doesn’t have an offensive wrestling game to complement his jiu-jitsu, but even if he does manage to drag the fight to the mat – he’s much better at fighting off his back than from top position.

Despite his long, rangy physique – Craig has never developed solid striking fundamentals. He has an awkward kicking game, but I doubt Menifield will struggle to close the distance on him. If anything, the naked kicks Craig throws will result in him getting countered down the middle.

Fighting out of surging Texan camp, Fortis MMA, Alonzo Menifield is a bright prospect. A fast and explosive striker – Menifield looks to have the takedown defense to negate Craig’s jiu-jitsu game.

Menifield’s last opponent presented a similar stylistic challenge to Craig, and the fight was a one-sided beatdown. After bombing Vinicius Moreira on the feet, Menifield was careful not to dive into the guard of a dangerous jiu-jitsu black belt. Instead, Menifield took his time and eventually the knockout emerged.

Paul Craig is a warrior with tonnes of heart, but I think he’s in for a brutal night. This looks like strategic matchmaking by the UFC.

I’m going big on Alonzo Menifield at -250. If you want to use him as a parlay leg, I think he’s a good choice.

In my opinion, Demian Maia is the best MMA grappler we’ve seen inside the octagon. He has excellent entries into his takedowns, chains attempts well, is a fantastic positional grappler and a nightmare to get off your back.

As phenomenal as Maia is on the mat, his shortcomings are well documented. At 41-years-of-age, the Brailian has never had the best gas tank and that’s unlikely to change at this stage in his career. On the feet, he’s not much of a threat and will be at a huge disadvantage trading fists with Tony Martin.

Since moving up to the welterweight division, Martin has looked excellent. Once known as a grappler, his striking has improved exponentially at American Top Team. His shot selection is simple, but effective. He primarily throws clean straight punches and chopping low kicks.

Martin is a high level jiu-jitsu black belt himself, with nine of his career victories coming by way of submission. I doubt he’ll want to go to the mat with Maia, but I think he’s good enough to avoid getting choked out if he does get grounded.

The big question in this fight is Martin’s takedown defense. He’s tried to lock in guillotines on previous opponents who’ve shot on him, but I doubt he’ll do that here. He also trains with a high level chain wrestler in Colby Covington on a daily basis, which should be extremely useful for this match-up.

Demian Maia could win by submission, but he’ll probably need to do it in the first round. If he’s unsuccessful in finishing the fight early, Martin will probably tee off on him in rounds two and three.

I’ve bet on Tony Martin in all of his welterweight fights, and I’m not going to stop now when the books are giving me +150.

Perhaps the smartest way to approach this fight is to wait until after round one and then bet Martin live.

Cameroonian heavyweight, Francis Ngannou, has a reputation for putting men in comas and we might see more of the same this weekend. Ngannou has unbelievable hand-speed and power, but this does come at a cost.

In his failed championship bid against Stipe Miocic, Ngannou gassed hard as he was dragged into deep waters. While Junior Dos Santos doesn’t possess the wrestling acumen of Miocic, the Brazilian needs to survive the first round if he wants a chance at victory.

Dos Santos is one of the best strikers we’ve seen in the heavyweight division, and is the more technical boxer in this match-up. All of this means very little if you eat a haymaker in the first minute of the fight – but Dos Santos could theoretically stick and move in order to defeat his heavy-handed opponent.

I think Ngannou probably scores another highlight real knockout in the first few minutes. With that being said, if the Cameroonian expends a lot of energy in round one and doesn’t secure the finish – I definitely won’t be opposed to placing a live bet on Junior Dos Santos if I see the tide starting to turn.

In terms of pre-match action, this fight is a pass for me.