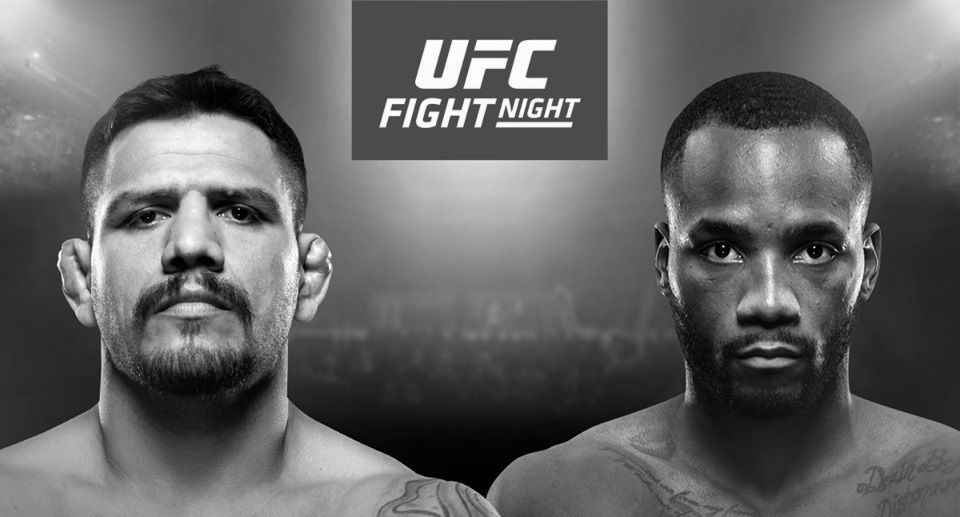 After a glorious pay day last Saturday, I’m out for more cold hard cash as the UFC heads to San Antonio, Texas, this weekend. Here are my breakdowns of the fights where I have action.

I’m really not sure what to make of Felipe Colares. The only thing I can say is that based on the footage available, he doesn’t look remotely UFC calibre.

It’s worth noting Colares fought his UFC debut on very short notice, so I’m expecting an improved version this time around. With that being said, his fight before the UFC wasn’t overly impressive – and that was against a Brazilian regional opponent in Caio Gregorio who didn’t look very good either.

Colares has serviceable offensive grappling, but lacks takedown defense. On the feet, he’s extremely unrefined and stands stiff as a statue – which doesn’t bode well against a more fluid striker in Domingo Pilarte.

Training at Team Elevation, Pilarte looked good (for the most part) in his Contender Series fight against a solid opponent in Vince Morales. Fighting out of the southpaw stance, he has a smooth straight left, left body kick and check right hook.

Pilarte puts together combinations well and has a bit of power. As is often the case with fighters that are extremely tall for their division, his striking defense is questionable – but that may not be such an issue in this contest.

From what I’ve seen, Pilarte has competed in many grappling competitions and can probably land takedowns whenever he wants. So long as he’s the one in a dominant position on the mat, I think he’ll have his way with Colares.

In a rematch of a 2016 Invicta FC title fight, Roxanne Modaferri and Jennifer Maia will lock horns in a new organization. As shown in the original contest, the paths to victory are obvious for both fighters.

As a pure grappler, Roxanne Modaferi will look to take this fight to the mat where she can ride out rounds in top position and/or threaten with submissions. Her tenacious grapple-heavy approach worked well in her last fight against a pure kickboxer in Antonina Shevchenko – but I suspect she’ll have a tougher time grinding out Jennifer Maia.

I really like Maia’s striking style. She throws fast combinations, is light on her feet and uses plenty of upper body movement. Any time the fight is vertical, she should be winning against Modafferi – who is awkward and defensively porous.

Although Maia is a jiu-jitsu black belt, she is second best on the mat and will look to avoid the ground at all costs. Maia should be able to defend submissions, but the worst part of her game is her inability to get back to her feet – which can cost her rounds.

The key to this fight is the takedowns of Modaferri. Unlike Modaferri’s last opponent, Maia has a compact frame and lower centre of gravity. I think the Brazilian will do just fine defending takedowns against the fence (where Modaferri had success against Shevchenko).

Modaferri isn’t the best athlete or the most skilled wrestler, but she does have sneaky entries into her takedowns. In the third round of the original fight, Modaferri shot an excellent reactive takedown to muscle Maia to the mat. Mixing her wrestling with her striking seems like the obvious path to victory for her.

I can see an argument for Modaferri, because two takedowns could result in two rounds of top time. Personally, I’m inclined to believe Maia’s takedown defense holds up.

Maia won three out of five rounds in the original contest and I think she can win two out of three this time. Maia is in her athletic prime at 30-years-of-age, while Modaferri will be turning 37 in September.

Everyone knows that Alex Caceres is not the best defensive grappler, but he is a good striker at distance. With lateral movement and an array of straight punches and kicks, he can usually get the better of more rudimentary opponents on the feet. Caceres also has some underrated slips and counters, which might be useful on Saturday.

On the other hand, Steven Peterson is more of a plodding brawler. This dude absorbs a lot of punishment, but if he can get you to exchange with him in the pocket – he will dish out damage himself.

I’m not confident Peterson can cut off the octagon effectively and land strikes in his preferred range, but he might have success in the grappling department. He’s not the best wrestler in the world, but does have a serviceable double leg takedown and good instincts for taking the back.

I can absolutely envision a scenario where Peterson locks in the body triangle and rides out rounds on the back of Caceres, but I think it’s more likely he loses rounds getting tuned up on the feet.

This isn’t my most confident bet on the card, but I feel Alex Caceres has a favorable match-up and decided to bet him at -125.

An amazingly entertaining submission grappler, Aleksei Oleinik is someone that can pull rabbits out of the hat like none other in the heavyweight division. The guy has multiple wins by way of Ezekiel choke in the UFC – and even managed to lock in the submission against Junior Albini from a standing position!

Despite his lethal submission game, Oleinik has plenty of deficiencies. For one, he doesn’t have the offensive wrestling to complement his ground skills – so will often pull guard or try to drag the fight to the mat with unorthodox techniques. He’s an extremely unpolished striker, but it’s a heavyweight fight and if he lands one of his trademark overhand blows – Walt Harris could still go to sleep.

A fast and explosive boxing stylist, Harris underwhelmed in his original UFC run, but looks vastly improved in his second stint. Fighting from the southpaw stance, he’s developed a solid left body kick to compliment his boxing combinations.

While Harris is in a world of trouble if he winds up on his back, my inclination is that he’s able to stuff takedowns and create separation. At range, Harris should light Oleinik up like a Christmas tree.

It’s worth noting that Oleinik is 42-years-of-age, which is long in the tooth (even by heavyweight standards). The Russian probably needs an early submission, because I doubt he has the cardio for a hard fought three round battle. Conversely, Harris is closer to his athletic prime at 36-years-of-age and looks better than ever right now.

I’ll be the first to say, I didn’t think Leon Edwards had an immensely high ceiling when he first entered the UFC as a pure kickboxer – but I was wrong. The Englishmen is quietly on one of the longest winning streaks in the entire promotion.

Entering his athletic prime at 27-years-of-age, Edwards has rounded out his game beautifully over the past few years. In addition to his striking, he’s developed good offensive and defensive wrestling skills – which makes him unique from a lot of British fighters!

While Edwards isn’t magnificent anywhere, his best trait is his aptitude for winning rounds. With intelligent positional grappling and a consistent work-rate, Edwards knows how to appear dominant in the eyes of the judges.

However, I’m not confident he’ll be able to wrestle his way out of bad situations in this particular match-up.

Rafael Dos Anjos has only been dominated positionally by the three best chain wrestlers in the UFC: Khabib Nurmagomedov, Colby Covington and Kamaru Usman. As we saw in Dos Anjos’ last contest, an excellent single shot wrestler in Kevin Lee was largely nullified. In fact, shooting so many failed attempts worked against Lee, as it drained his gas tank.

Even though he’s a bit undersized at welterweight and is getting up there in age, I think the consistent pressure of Dos Anjos will be the difference in this fight. We know the Brazilian can push a pace for five rounds, but we’re yet to see Edwards do the same (he did go five rounds against Donald Cerrone, but that fight was much less intense than what I’m expecting this weekend).

I have some action on Rafael Dos Anjos at +105 because I favor him to win outright.