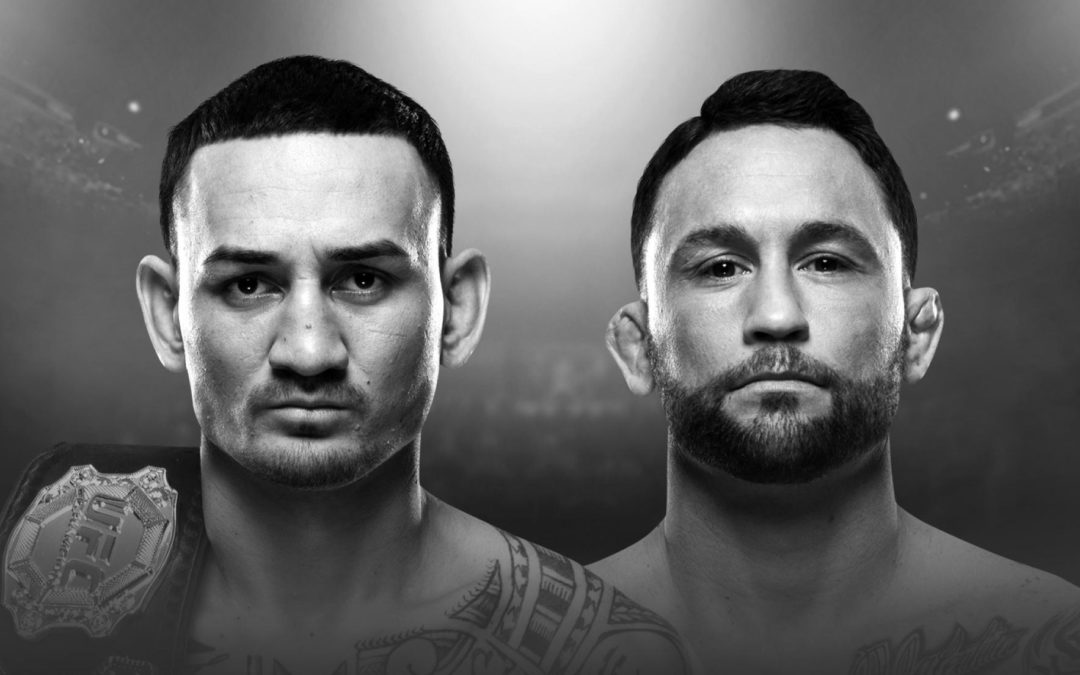 While I think UFC 240 will be an entertaining card, I’m not in love with it from a betting perspective. Nevertheless, here are my breakdowns of the fights where I have action (I may add another play or two, so check back later in the week).

It’s crazy that Erik Koch is only 30-years-of-age, because he’s been fighting since the WEC days. Despite competing at featherweight for long periods, he’s now moving up to the welterweight division. While this move sounds questionable, he stands 5’10 and looks to have put on a significant amount of muscle.

A long-time member of Team Roufusport, Koch is a well-rounded mixed martial artist. Fighting out of the southpaw stance, Koch fires straight punches down pipe as well as left kicks to the body and head. I feel he’s the more fundamentally sound striker in this contest and should have the advantage in open space.

Koch is a competent grappler as well, with many of his wins coming by way of submission. However, he’s much more effective when he’s the one in a dominant position compared to when he’s fighting off his back – which is a risk in this bout.

Standing in front of him will be Kyle Stewart – an extremely aggressive combatant that fights out of The MMA Lab. At range, Stewart deploys lots of crazy spinning attacks and other techniques from his traditional martial arts background. However, his fights don’t usually take place at range for long, as he’s constantly moving forward, landing flurries in the pocket, grinding opponents against the fence and taking them down.

In Koch’s last fight, he was overwhelmed by the grinding, wrestling attack of Clay Guida – and a similar approach by Stewart could be effective. With that being said, Koch’s anti-grappling looked solid in the first round before he got worn down.

Coming back after a two-year layoff, Gavin Tucker looks to return to the win column after he took a beating in his last fight.

The Newfoundland native has some excellent aspects to his game: specifically his footwork and unpredictable offense. In his UFC debut against a stationary boxing stylist in Sam Sicilia, Tucker was able to dance circles around his opponent – landing strikes while being out of range for the return fire.

As great as Tucker looked against Sicilia, one could argue that this was an ideal stylistic match-up for him. It’s worth noting that while Tucker dominated the fight, his output dropped off in the third round.

Against a tall, gritty, pressure fighter in Rick Glenn, Tucker looked less convincing. Although he performed well in the first part of round one, it looked as if he was struggling to navigate the range against a much taller opponent. Glenn started to take over the fight at the end of round one and it was downhill from there for the Canadian – whose cardio failed him spectacularly in rounds two and three.

Although he primarily likes to strike, Tucker has been working on his jiu-jitsu during his layoff and recently received his black belt. It will be interesting to see if he decides to take this fight to the mat, since he probably has an advantage there.

Like Tucker’s last opponent, Seung Woo Choi is gigantic for the featherweight division. While the Korean fighter came up short in his UFC debut against Russian wrestler, Movsar Evloev, there were positives you can take from that performance.

Choi showed good offensive striking and still appeared fresh in the third round – despite spending most of the fight defending takedowns. I don’t think he has a deficiency in takedown defense – Evloev was just an extremely high level wrestler.

Going back and watching Choi’s pre-UFC footage, his striking looks solid and he actually represented the Korean nation in Muay Thai.

At range, he uses an array of low kicks, front kicks and even question mark kicks – which could be useful against a smaller opponent like Tucker who will need to close the distance on him.

The Korean has decent hands too (which isn’t always the case for Muay Thai stylists). He throws a nice 1-2 and is a savage in the clinch with his knees and elbows.

I can see an argument for Tucker winning this fight. He has a huge footwork advantage and by mixing up his offense, he could land time and time again on Choi, who stands quite rigid and upright. One thing is for sure however: moving in and out against an opponent with a 4-inch height advantage and 8.5-inch reach advantage will be taxing on Tucker’s cardio system.

While Choi is likely to have a bad start to the fight (getting hit while swinging at air), I think he can work his way back into it. The Korean is monstrously tough, has great cardio and is a savage. He should be able to kick Tucker at a safe distance and time the Canadian coming in with knees and elbows.

This looks like a competitive match-up, but I favor Seung Woo Choi outright so have no problem betting him at underdog odds.

Niko Price is not the most technical fighter in the world. His offensive striking is okay, but he’s porous defensively and extremely susceptible to counters. He seems to have a competent ground game, although we probably won’t see it in this match-up since Geoff Neal is difficult to take down.

Price’s number one asset is his insane, crushing power. As an orthodox fighter, he knocked out Tim Means with a well-timed right hook in his last fight – but previous knocked out Randy Brown with hammer fists with his lead hand from bottom position!

When you can end a fight in one punch, you don’t need to get the better of every exchange. Skill for skill, Tim Means is levels above Niko Price and was proving it until the fatal death blow.

So since Price is capable of knocking out a more technical striker, can’t he do it again this weekend? Personally, I don’t think so.

Unlike Means, who leaves himself open defensively, the defense of Geoff Neal is airtight. His chin stays tucked and his hands stay up for all fifteen minutes. This will limit the opportunities for Price to land a lucky bomb and change the complexion of the fight in an instance.

Offensively, Neal’s striking is brilliant. Fighting out of the southpaw stance, he throws clean straight punches and has a deadly body kick. He is a great athlete with real concussive power.

This is a cage fight and anything can happen, but I think there is a very high probability Geoff Neal comes out victorious, so I bet him at -228.

I’m not going to spend too much time breaking this one down, as you’re already familiar with both fighters and I don’t think this main event has a good angle for betting.

Max Holloway’s high volume, attritive striking style is a pleasure to watch. With constant stance switches and fast combinations of punches, he literally breaks those standing in front of him. Betting Holloway at +100 over Brian Ortega was one of my proudest moments of last year, but that’s neither here nor there.

With brilliant balance and takedown defense, I believe Holloway has the ability to turn this fight into a kickboxing contest – where he will have the advantage.

While Edgar has some good boxing himself, he’s much smaller and doesn’t have the same finesse as his opponent. Grounding and pummelling the likes of Yair Rodriguez is all well and good, but I just can’t see Frankie successfully implementing the same game plan here.

I think Holloway defends the takedowns and boxes Edgar’s face off, but I’m not confident enough to bet him at -400.

Last week I sent this hot tip to my newsletter subscribers. I’ll be sending out more exclusive tips for the Contender Series and Professional Fighters League this week so make sure you click here and sign up.