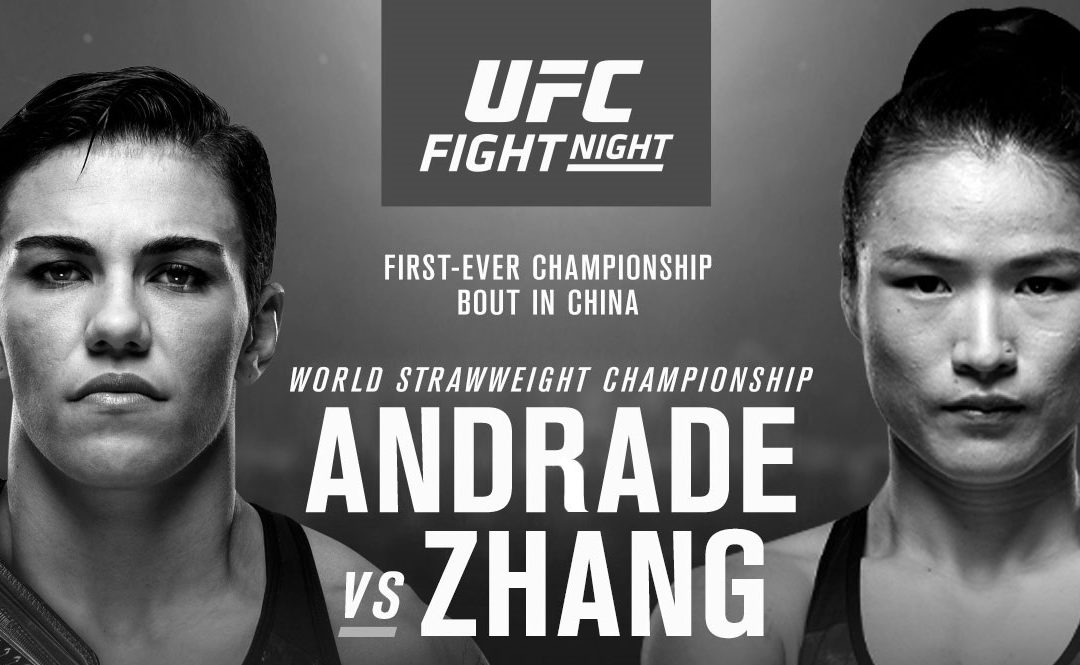 I love betting on obscure cards like this where the fighters are unfamiliar to the general public. I feel such events are perfect for exploiting pricing inefficiencies (much more so than big PPV cards). Here are my breakdowns of the fights where I have action.

The people’s main event of the card is a bantamweight showdown between Chinese fighter, Heili Ataleng, and his Mongolian opponent, Danaa Batgerel. The two actually trained together at Jackson’s MMA a few years ago, so they should know each other’s tendencies.

Living and training at the Shanghai Performance Institute, Ataleng looks to have plenty of upside. On the feet, he’s quite inactive on the outside – and then explodes into the pocket with flurries of punches. He has fast hands and legitimate power. Defensively, the Chinese fighter is reasonably sound.

Alateng is also a proficient wrestler. I’ve seen him execute a variety of takedowns throughout his fights, including body locks, double and single legs (he runs the pipe well too). He seems to be a physical specimen and I can see why the UFC are investing in him.

Conversely, Danna Batgerel is more of a brawler. The Mongolian loves to plant his feet and trade. Although his offense is potent, he gets sloppy at times and leaves himself open defensively. He appears to have a height and reach advantage, but judging by the way both men fight – I don’t think it’s going to be relevant.

I believe this fight will be a crazy shootout, but the Chinese fighter seems more technical everywhere.

I have 1 unit on Heili Alateng at +140 and think there is still value as long as he remains an underdog.

Fighting out of Korean Top Team in Seoul, Da Un Jung is a full sized light heavyweight with a serviceable striking game at range. He mainly throws a jab and 1-2, but you don’t need a tonne of variety to be effective on the feet.

Standing 6’4, Jung is used to being the rangier fighter and he should have an advantage over his Russian opponent if the fight remains in open space.

In terms of grappling, we don’t really know how good the Korean is. In his last fight, we saw him fight the hands during takedown attempts and immediately work his way back to his feet when he did get grounded – which suggests he’s not out of his depth in grappling exchanges. Still, his competition has been quite weak and he hasn’t truly been tested.

Taking this fight on extremely short notice, Khadis Ibgragimov is a decorated sambo champion who has been fighting solid competition in premier Russian promotion, M-1 Global.

Ibragimov is reckless on the feet, primarily trying to kill his opponents with wild hooks. Where he wants to be is the clinch, where he can execute a range of beautiful upper body takedowns. The Russian is a legitimate submission threat, although his top control on the mat is not flawless.

I can see this fight going one of two ways. Either the Korean is able to stuff takedown attempts, keep the fight at range and land freely with combinations down the pipe, or the Russian will score takedowns and win by way of submission or with control time.

Both outcomes seem feasible, but it’s worth noting that the intangibles are on Da Un Jung’s side.

The Korean had a full training camp and a flight from Seoul to Shenzhen is only four hours in duration. Conversely, Ibraghimov took this fight last week, will be taking an eighteen hour flight from St. Petersburg to Shenzhen and will be fighting outside of Russia for the first time in his career.

Ibraghimov’s cardio has looked a suspect in the fights I’ve seen, so if he’s not in perfect shape then he may get out-hustled by Jung who can throw consistent volume for three rounds.

Elizeu Zaleski Dos Santos has been on a roll lately. The Brazilian is a dangerous kickboxer with plenty of flashy techniques in his arsenal. He’s perfectly fine throwing jabs and low kicks, but it’s only a matter of time before a flying kee, spinning heel kick or spinning back fist gets launched.

These low percentage techniques catch opponents off guard and have led to some spectacular knockouts over the years.

Zaleski is also a competent grappler. In his last fight, he took down and submitted a pure striker in Curtis Millender – but I don’t think that’s relevant here. Li Jingliang has a great sprawl and is usually able to work his way back to his feet if he does get taken down.

Known as “The Leech”, Jingliang is anything but a hugger. The Chinese fighter is a boxer/brawler with big power and savage leg kicks. He doesn’t have the same finesse as his opponent, but he’s very capable of dishing out damage.

Both fighters are offensively potent, but defensively lacking. These two gentlemen are renowned for getting into wars – which is why I think it’s crazy to bet the Brazilian at -300, even though he is the more dynamic striker and skilled grappler.

Dos Santos could win this fight at kicking range and pull his opponent into the clinch to avoid trading in the pocket (where Jingliang is most dangerous), but when has he ever done that? I think these two are going to go blow for blow until somebody drops.

The more technical combatant doesn’t always win, and I have no problem playing Li Jingliang at +240 when I think the fight will be a brawl.

I know the UFC are making strides in Asia and would love a Chinese champion, but I don’t think it happens this weekend

By all accounts, Weili Zhang is a good fighter. She’s dangerous striker at kicking range and will drop savage elbows on you from top position. However, if she doesn’t get an early knockout, I see this going badly for her.

Zhang doesn’t seem to cope with pressure well and Andrade brings it in spades. The Brazilian sets an outrageous pace and can move forward throwing punches all night. I just don’t think Zhang has the ability to keep Andrade at bay and pick her apart (in the way Joanna Jedrzejczyk did).

I think Andrade’s pressure will pay off and eventually she’ll break her opponent with flurries to the body and head. Andrade is the superior wrestler and I could also see takedowns playing a role in this fight (Zhang is nowhere near as effective off her back as she is from top position).

It’s worth noting that Andrade went out to China early and finished her camp at the Shanghai Performance Institute. She looks in phenomenal shape.

I have 2 units on Jessica Andrade at -155 and I’ll consider adding if the price gets back to that range.

Looking for a good site to bet the fights? Get a 200$ sign up bonus with my link at Intertops.