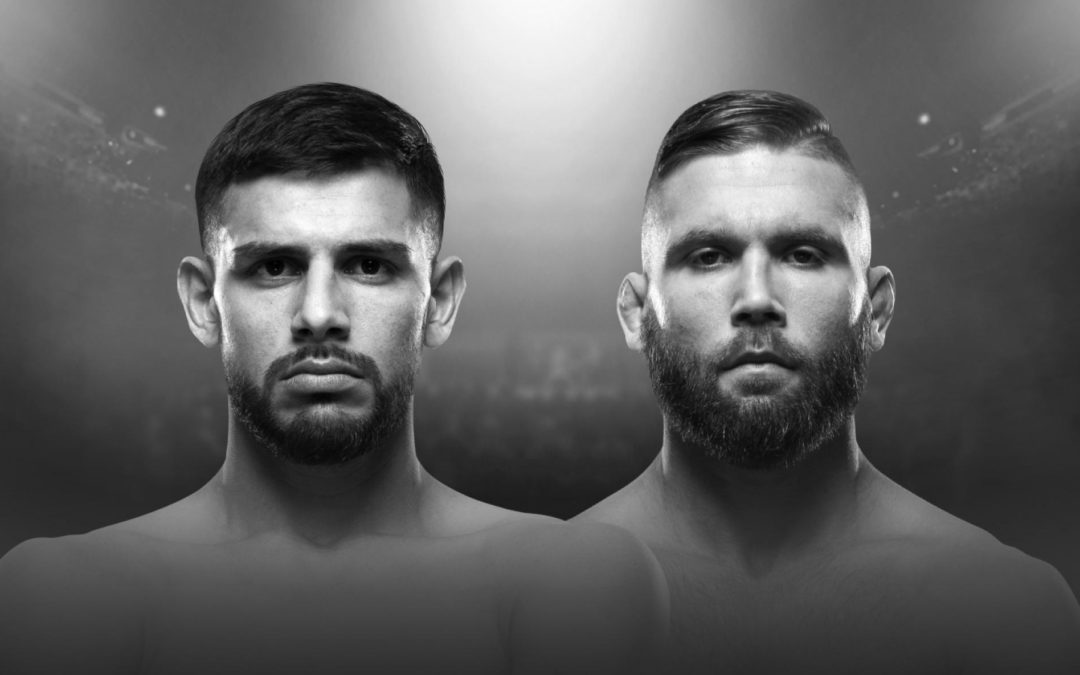 Sitting 2,250 meters above sea level, Mexico City’s elevation is sure to take a toll on the cardio systems of the fighters competing this weekend. For this reason, we might be treated to some live betting goldmines – but it doesn’t look like a good card for pre-match action.

Nevertheless, I’ve found a few betting spots that I like and here are my breakdowns.

This is a ridiculous fight. I never thought Paul Craig would have a striking advantage over another light heavyweight in the UFC, yet here we are.

The Scottish fighter has some serviceable kicks, but he’s never going to develop into a fundamentally sound striker. Likewise, he can shoot a double leg takedown – but he’s not really much of a wrestler.

To be honest, outside of an opportunistic guard game – he’s not really much of a grappler either!

Craig can capitalize on mistakes if you hang out in his guard, but he’s not really a threat from other positions. I don’t rate his top game and he’s susceptible to being swept (as we saw in his fight against Jim Crute).

I think Craig’s path to victory would be to sprawl and brawl. If he can defend the takedowns, he should be able to maintain distance and win the fight at kicking range. Still, his takedown defense is a question mark (since most opponents want to stand with him) and his fight IQ is an even bigger question mark.

Vinicius Moreira might be the worst ever striker in the history of the UFC. He’s incredibly slow and hittable.

While he’s been able to execute clinch takedowns against regional level opponents, he’s failed to implement his grappling against UFC fighters: Eyrk Anders and Alonzo Menifield. With that being said, I’m inclined to believe that through sheer tenacity, he’ll able to take down his opponent this weekend (it also wouldn’t surprise me if Craig pulled guard – since he loves fighting off his back).

For all of Moreira’s shortcomings, he is a legitimate jiu-jitsu black belt. If he gets the fight to the mat, I expect him to slice through Craig’s guard and start threatening with submissions.

The Mexico City altitude could turn this fight into a mockery, as neither fighter is known for their cardio (Moreira in particular is susceptible to gassing).

Still, in a sloppy fight that will probably hit the mat at some stage – I’ll go with the black belt from Brazil over the guard player from Scotland.

My money is on Vinicius Moreira at +105. I think his top game wins the day and wouldn’t be surprised if he submits Craig by way of arm triangle.

Entering the UFC on short notice is Tyson Nam, a scrappy Hawaiian that has fought for many notable organizations across the world. He’s best known for his head kick knockout of UFC veteran, Ali Bagautinov, in the last second of the fight.

Nam likes to strike in open space. He’s quite technical in his approach, but does leave himself open defensively. He has good hooks in the pocket and isn’t afraid of trading blow for blow with his adversaries.

Even without fighting at elevation on short notice, Nam has one massive problem in: he’s facing an opponent that is superior to him at his own game.

Sergio Pettis is a smooth technical striker with good movement and crisp straight punches. Like his brother Anthony, he can be susceptible to a wrestling attack – but he probably won’t have to worry about that here.

I’m not going to dwell on this for too long. I think this is a technical striking match in open space, and Pettis is a lot more skilled in that style of fight.

I’m using Sergio Pettis as a parlay leg. I think his jab finds its target all night.

Yair Rodriguez and Jeremy Stephens lock horns in what should be an all-action striking battle.

Coming off one of the most spectacular knockout victories of all time, Rodriguez will look to deploy his unorthodox array of attacks against another featherweight contender. As you’d expect from a fighter from a Taekwondo base, Rodgriguez is kick-centric in his approach.

With spinning heel knicks, flying knees and a multitude of other visually impressive attacks, the Mexican warrior is a pleasure to watch. However, I have major reservations about his boxing ability and I question whether he’ll be able to keep the fight at his preferred range.

In his last fight, Rodriguez took a lot of punishment on the inside from Korean Zombie – yet was able to pull out a miracle win in the last second (literally). From what I’ve seen, Rodriguez doesn’t have the straight punches or footwork to effectively play the matador role against Stephens in the way Zabit Magomedsharipov did.

It’s obvious Jeremy Stephens will aim to cut off the octagon, fire leg kicks and drop hammers in the pocket. With pressure and boxing, I believe he can cause major issues for the flashy Mexican.

I know “Lil’ Heathen” is a bit of a gatekeeper and typically loses against top level competition, but styles make fights. In terms of pure striking, Stephens is like a more potent version of Korean Zombie – with better pressure, more volume and serious knockout power.

We’ve seen kick-centric strikers get exposed by pressure and boxing, and I suspect this will be no different. We might see Rodriguez start strong, but sooner or later I think he eats a bomb in the pocket and gets slept.

I’m rolling with Jeremy Stephens at -105.

Do you like talking trash? I would really appreciate if you talked some trash with me over at Facebook. Please let me know what fighters you are betting this weekend!