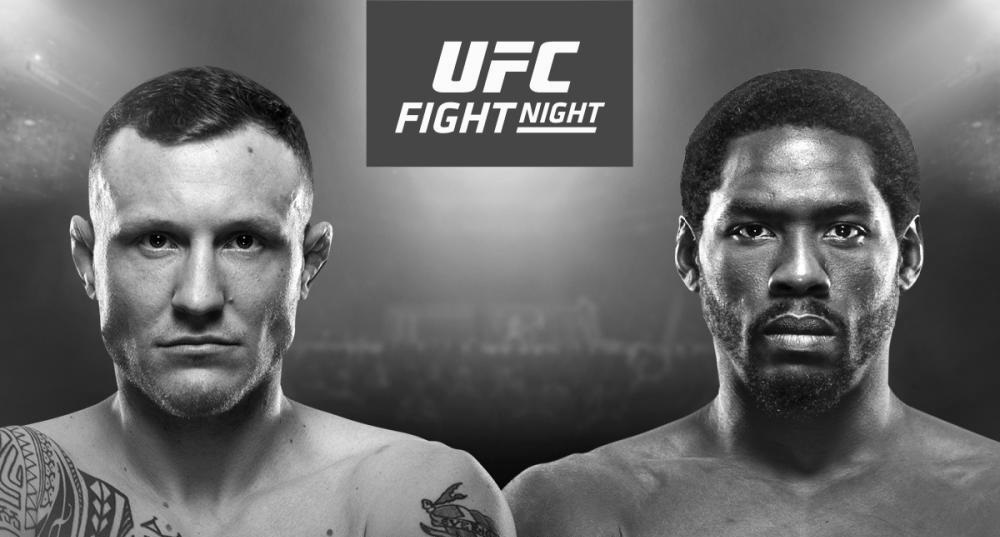 I love betting on small European cards like this as they’re usually my most profitable. Here are my breakdowns of the fights where I have action for UFC Copenhagen.

After dominating all of his opponents in Cage Warriors, Jack Shore is set to join a handful of Welsh compatriots in the UFC.

Shore has an excellent ground game. He mixes in his striking and his grappling fluidly, has good awareness in transitions and is highly adept at taking backs and sinking in his favored rear-naked choke.

It’s clear Shore is talented on the mat, but I suspect he may reach his ceiling sooner rather than later.

Shore has some effective trips from the clinch, but I’m not overly impressed by his wrestling ability. Cage Warriors is not a promotion packed with good wrestlers, and he’ll have a harder time grounding opponents at the UFC level.

On the feet, Shore has serviceable boxing – but nothing out of the ordinary. I do believe he’ll be second best in terms of speed and athleticism. He’s also never faced a well-rounded, physically strong American that can wrestle and box.

I actually bet on Nohelin Hernandez in his UFC debut at wide odds against Marlon Vera. He held a good account of himself, winning the first round before level changing onto a flying knee and getting submitted in the second.

Originally fighting out of AKA, it seems that he’s been training in Thailand for this camp where he’s been receiving more personal attention from the coaches.

I like the striking of Hernandez. He’s not a defensive wizard, but he throws fast combinations with precision. If this stays standing, I see Hernandez beating Shore to the punch.

While the American will be at a disadvantage on the mat, I think he can do a much better job at stuffing takedowns than Shore’s previous opponents.

I’ll take my chances at +160 that Nohelin Hernandez can sprawl and brawl his way to victory.

With this match-up, the UFC are giving an amazing gift to the fans. Personally I’m not into the concept fandom, I’m much more interested in cold hard profits.

Lando Vannata comes from a wrestling background, but is primarily known as a flashy striker. He has one of the most aesthetically pleasing styles in the UFC, blending in crazy spinning attacks with more orthodox techniques.

Despite his potent offense, Vannata has some shortcomings. Most obviously, his cardio has never been great and his output drops after round one. Perhaps he just doesn’t have the level of athleticism for his preferred fighting style?

While he has a good chin, Vannata is hittable. His head never moves off the centre line, which could be bad against an opponent with speed and accuracy like Marc Diakiese.

Like Vannata, Diakiese made a name for himself due to his usage of visually impressive, low percentage techniques. However, in his last fight we saw a lot more structure to his game. Diakiese unleashed calf kicks on Joe Duffy and proceeded to beat him up over fifteen minutes.

If Diakiese’s skills and fight IQ are finally catching up to his athletic ability, he’s going to be a problem for the lightweight division. I bet Marc Diakiese at -115 since he’s faster, more athletic, has excellent low kicks and superior defense.

If you were on my mailing list, you would have got this play before the line got crushed. I feel -160 is about accurate now.

Hailing from Afghanistan, Siyar Bahadurzada is anything but a point fighter. He wants to stand in front of you and slug it out to the death. He doesn’t have the most elegant kickboxing style, but if one of his brutal hooks or overhands connects flush, you’re in trouble.

When you’re blessed with natural power, you don’t need to develop flawless striking fundamentals to win fights – and that might be the case with Bahadurzada. He’s also a decent grappler, but I don’t think he’ll have much luck scoring takedowns this weekend.

The Afghan has never had the best gas tank and that’s unlikely to change at 35-years-of-age.

Ismail Naurdiev is a wrestling champion in his native Austria, with a variety of impressive takedowns in his arsenal – including high amplitude slams. Despite being controlled in his last fight by a high level grappler, Naurdiev does have good balance and takedown defense.

The Austrian is impressive on the feet. His striking technique is clean and powerful and he’s particularly devastating with kicks.

Naurdiev’s gas tank is a bit suspcious, but he’s faced two relentless grapplers in a row. I believe he’ll manage his cardio better against a guy that wants to knock his head off rather than suffocate him.

Ismail Naurdiev can win this fight on the feet or from top position. I think there is value at -170.

Welsh slugger, John Phillips, does not have the most dynamic skill set. Drawing inspiration from the legendary Mike Tyson, Phillips is primarily an inside fighter – unleashing crushing combinations to the head and body.

With devastating power and a granite chin, Phillips achieved success on the British regional circuit – but in the UFC it’s obvious he has a ceiling.

There are two ways to take advantage of Phillips: use elusive footwork and pick him apart at range, or take him down and exploit his low level ground game.

Here is the thing though, I don’t think Alen Amedovski is capable of doing either of those things. In fact, Amedovski also likes to brawl on the inside – and that will play to the Welshman’s strengths.

While Amedovski packs a punch, he’s not technical offensively and is there to be hit.

In a fight that’s likely to take place in a phone booth, I have to go with John Phillips at +105.

Hailing from Uzbekistan and fighting out the Czech Republic, Makhmud Muradov is a beastly prospect.

Predominantly a striker, Muradov fires fast, powerful straight punches to the head and body. He doesn’t throw at a high clip, but when he does unleash – he’s extremely accurate. He also has a good push kick and flying knee.

I’m not sure what his martial arts background is, but his wrestling is proficient – both offensively and defensively. His bottom game is an unknown but he’s a savage from top position, dropping punches and elbows with bad intentions.

Although he’s taking this fight on short notice, his cardio is excellent and he’s already fought four times in 2019 – so I’m sure he’ll be in shape. Promoted by Floyd Mayweather, I think the Uzbek can go far in the UFC’s competitive middleweight division.

Even after six fights in the UFC, I don’t know how to describe Alessio Di Chirico. While he’s serviceable everywhere, there doesn’t seem to be a lot of process to his game.

The Italian has decent offensive wrestling, but I’m not sold on his top control. This leads me to believe we’re in for a striking contest.

At distance, Alessio Di Chirico is going to get chewed up. He has a chance if he can turn the fight into a dirty brawl, with lots of exchanges in the pocket and grinding against the fence – but I can’t see why Muradov would oblige him.

I also have major concerns about the Italian’s gas tank. His output seems to wane the longer the fight goes on and he did very little in round three of his last contest.

I think Makhmud Muradov is going to smash this guy and I bet him at -110.

I would’ve loved to know how the career of former college football player, Ovince Saint Preux, would have gone if he’d moved from his local gym to one of the premier MMA camps in the world.

For a fighter with clear athletic gifts, there has always been a rawness to his style and that is not going to change at this stage in his career.

It seems Saint Preux is on a decline, and for all his crazy one shot knockouts and impressive submissions – I get the feeling there won’t be a lot of additional footage for his highlight reel from this point on.

Stylistically, Michal Oleksiejczuk poses some major problems. The young Polish fighter has excellent pressure, footwork, upper body movement and output. Although he’s small for the division, he seems to have good takedown defense and a solid chin – so I don’t think size is much of a factor.

I feel that unless he gets caught with something in the first few minutes of the fight, Oleksiejczuk is going to push a pace that Saint Preux won’t be able to keep.

I believe there will be a passing of the torch in the light heavyweight division, as Michal Oleksiejczuk takes out the former title contender and continues to ascend the rankings.

Fresh off the back of a win over legendary middleweight contender, Ronaldo “Jacare” Souza, Jack Hermansson continues his journey toward the belt. I presume the Scandinavian fans will be rooting for him in Copenhagen.

Hermansson is extremely well-rounded with lots of positive traits. He’s got good footwork, a crisp jab, a lethal guillotine, a background in Greco-Roman wrestling, savage ground strikes and an endless gas tank.

The other half of the main event, Jared Cannonier, is much more of a striking specialist. He’s fast and accurate with his combinations and has deadly low kicks to compliment his boxing – just ask Anderson Silva!

Since moving to The MMA Lab a few years ago, Cannonier’s defensive grappling has improved exponentially. If you compare his takedown defense and get ups in his fight with David Branch to his fight with Glover Teixiera, there is a big difference.

I can see why Hermansson is the favorite since he has more ways to win and is fighting at home, but I do give a slight advantage on the feet to Cannonier (primarily due to speed and power).

I’m on the fence about whether I want to bet this fight, but I think there is some value on Jared Cannonier at +200.

Last week Cristian Perez came through as a +150 underdog in Combate Americas. I’m expecting full lines for Combate Guadalajara on Friday night and will be sending any plays I have out via email, so sign up!