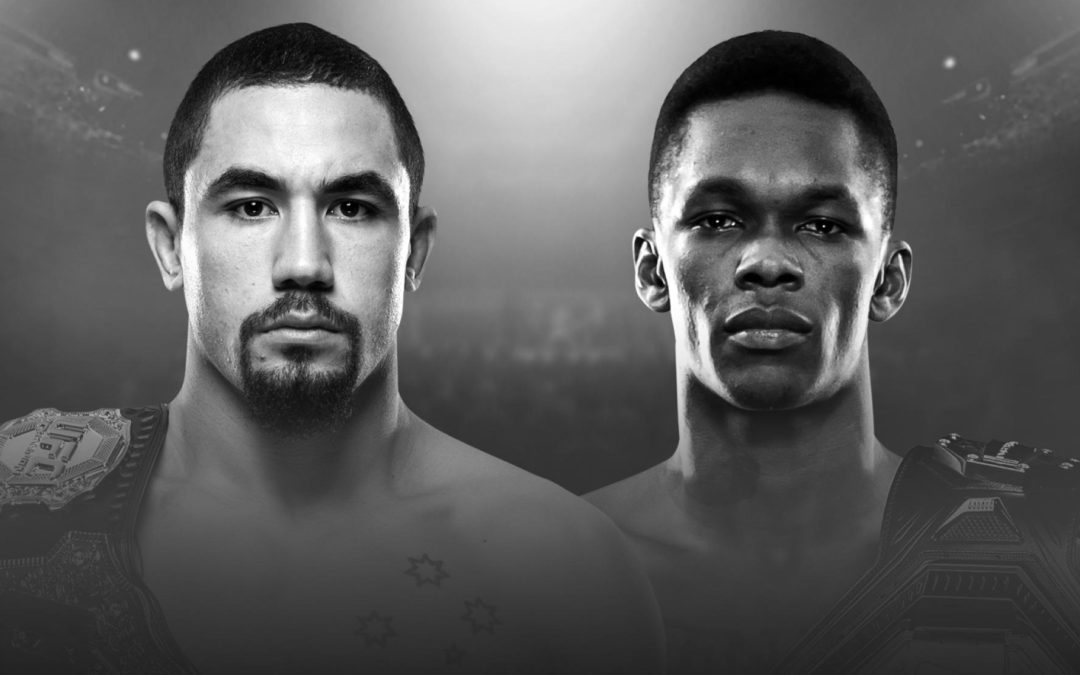 The UFC heads to Melbourne, Australia, this weekend for a fantastic middleweight title clash. As great as the main event is, this card sucks from a betting perspective.

I’m keeping my action to a minimum, but here are my breakdowns of the fights that I’m playing.

Australian veteren, Callan Potter, is a real fighter who deserves the utmost respect. With that being said, I don’t believe he has the skills to hang at the UFC level.

While Potter is a jiu-jitsu black belt with a decent top game, there aren’t many other redeeming parts to his skill set. He doesn’t have great offensive wrestling, primarily relying on takedowns from the clinch.

In open space, he’s slow and defensively vulnerable – lunging forward like a zombie to try and tie up with opponents. That can work on the Australian regional circuit, but I think he’ll struggle to implement his grappling now that he’s facing stiffer competition.

Hailing from Hawaii, Maki Pitolo is a fast, athletic and explosive striker. He generates a lot of power with little wind up, as we saw in his first round demolition of Justin Sumpter in the Contender Series.

While Pitolo will be at a disadvantage if he ends up on his back, I think he’s the superior wrestler and shouldn’t have a problem defending takedowns.

Although his chin is a little questionable, Pitolo should absolutely dominate if the fight stays standing. Aside from a lucky punch or opportunistic submission under absurd circumstances, I don’t see a clear path to victory for Potter.

I sent out my play on Maki Pitolo to my mailing list when he was -200, and I still believe there is value on the Hawaiian at -240.

I seriously rate Khalid Taha as a striker. He throws slick combinations with his hands and has excellent low kicks. He also has legitimate knockout power, which is uncommon for the bantamweight division.

He’s a lot less convincing as a grappler. Watching his fights in Rizin, he didn’t hold a good account of himself on the mat. In his UFC debut he was taken down repeatedly and controlled on the ground, but that was up a weight class against a physically strong wrestler in Nad Narimani.

Training with the likes of Khabib Nurmagomedov and the other beasts at American Kickboxing Academy, he’s likely to have improved in the grappling department since we last saw him – but this is just an assumption.

I can see why people might be looking at Bruno Silva as a potential underdog play, since he’s a jiu-jitsu black belt. Personally, I think this is a red herring.

Looking at Silva’s fights, he does a lot more striking than grappling. He’s a decent kickboxer, but nowhere near as skilled as his opponent. The Brazilian will also be at a significant power and size disadvantage.

Standing 5’4, Silva is more suited to flyweight than bantamweight.

Not all black belts are equal, and I’m not overly impressed by Silva’s grappling skills. He’s quite loose from top position and in a fight from four years ago, he gets taken down numerous times by an opponent that only has one leg.

Silva might be able to score takedowns, but I think he’ll struggle to hold a bigger, stronger opponent down. On the feet, we’re looking at a potential beatdown in Taha’s favor.

Let me start by saying I have absolutely no idea who wins this fight. I don’t even know where to begin with this breakdown.

Robbert Whittaker and Israel Adesanya are both phenomenal strikers, but with different styles and body types. Adesanya stands 6’4 with an 80-inch reach, whereas Whittaker stands 6’0 with an 74-inch reach.

While Adesanya is competent at fighting in the pocket, his clearest path to victory would be to pick Whittaker off from the outside – firing long straight punches and low kicks while staying evasive with footwork and slips.

Whittaker is much more of a bulldog. He has excellent feints, crashes the distance quickly and will blast you with fast boxing combinations, as well as front kicks and high kicks. Having represented Australia internationally in wrestling, Whittaker may also use takedowns and ground strikes as part of his strategy (although Adesanya’s takedown defense is pretty damn good).

If I’m forced to pick a winner, I’ll side with Robert Whittaker because of his power advantage – but I do not think this is a good fight to bet on.

If I have any bets for Bellator 229 on Friday night, I’ll send them out to my mailing list as soon as I place them.