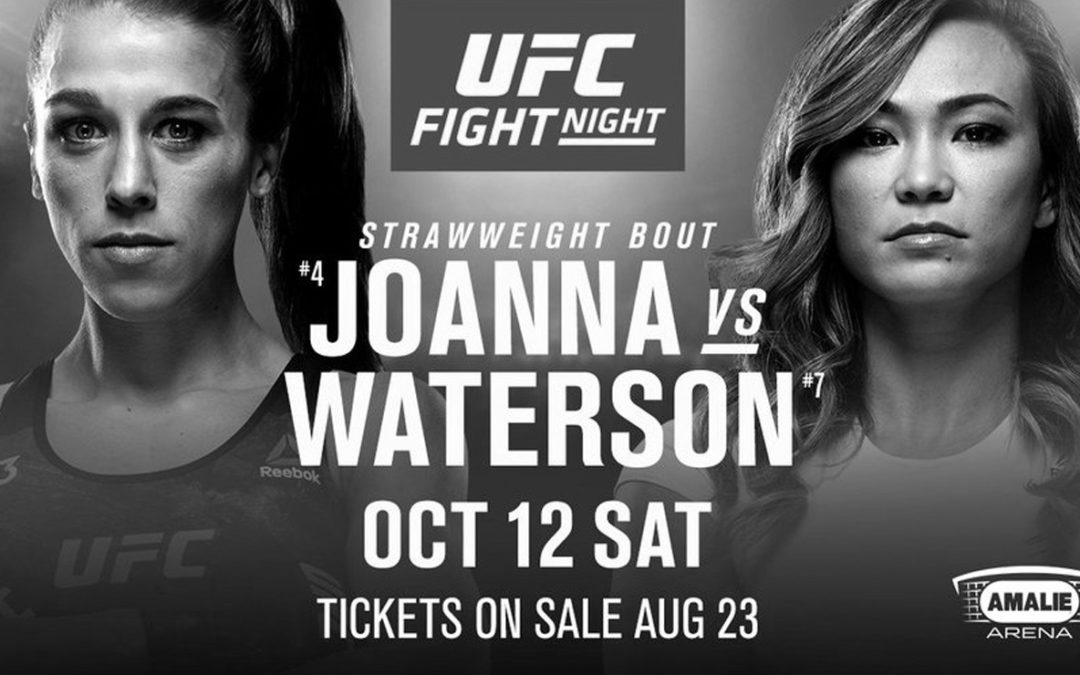 The UFC heads to Florida this weekend for an exciting fight card. I quite like this event from a betting perspective and here are my breakdowns for the fights where I have action.

There are few bantamweights in the UFC more savage than Marlon Vera. The Ecuadorian is tough as nails and while he’s susceptible to losing rounds, he consistently rallies to finish opponents – either on the feet or on the mat.

While Vera is a fantastic jiu-jitsu player and devastating kickboxer, he does have flaws in his game. Firstly, he’s not much of a wrestler and is generally happy for the opponent to dictate where the fight takes place.

Secondly, his kicks, elbows and knees make him an effective striker – but I don’t think his hands are particularly sharp. This could be problematic against a more technical boxer that also has a reach advantage over him.

Andre Ewell is a southpaw with precise straight punches and good counters. With an unusually long 76-inch reach, he has the ability to land on opponents from the outside without being hit back.

Ewell’s main shortcoming is his grappling, which is abysmal. One takedown from Vera and the fight could be a wrap, but I’m not completely sure that happens.

While Marlon Vera deserves to be the favorite, I am taking a 0.5 unit gamble on Andre Ewell to win by decision at +240.

The man with the worst haircut in the UFC, Deiveson Figueiredo, is a beastly striker. Packing ferocious power and attacking with all eight limbs, there aren’t many competitors in the flyweight or bantamweight division who can hang with this hardcore Brazilian on the feet.

Figueiredo has shown some weaknesses in the grappling realm, particularly in his fight with Jussier Formiga. People are seeing the ground game as a path to victory for Tim Elliot, but I’m not so sure.

Unlike Formiga, who is a high level MMA grappler with excellent positional awareness, Elliot is more of a crazy jiu-jitsu scrambler. While he may score takedowns, I believe Elliot will leave openings for Figueiredo to get back to his feet.

Elliot isn’t a bad striker by any means, but he’s at a major disadvantage whenever the fight is standing. I can see Elliot snatching a neck or an arm during a wild scramble, but he’s a lot more likely to get his clock cleaned by the dangerous Brazilian.

My money is on Deiveson Figueiredo at -200.

Fighting out of Team Roufusport, Gerald Meerschaert has been involved in many weird and sloppy fights in his UFC career. A somewhat serviceable southpaw kickboxer with a strange opportunistic ground game – Meerschaert is excellent at hypnotizing opponents into engaging him in his type of fight.

Because he lacks athleticism and offensive wrestling ability, he has to pull guard or get the fight to the mat in unorthodox ways. It helps when he faces opponents with poor fight IQ, since they’ll be a willing dance partner.

As you’d expect from someone who came to MMA later in life, there is a rawness to the skill set of Eryk Anders. He has a predatory style where he stalks down opponents and tries to land a kill shot with his big left hand.

While he’s made questionable decisions in some fights (particularly his choice to stand and bang with Khalil Rountree), I’m led to believe he won’t engage Meerschaert on the mat. Tim Williams and Vinicius Moreira both have many submission wins and he wouldn’t go to the ground with either.

I think Anders has the takedown defense to keep the fight upright and he should be able to win the striking exchanges. Against another southpaw, Meerschaert’s best weapon (his left kick to the body) won’t even be there.

So long as Eyrk Anders fights intelligently, this is his fight to lose and I bet him at -175.

I’m not going to dwell on this fight for too long, because I consider it to be a mismatch.

Michelle Waterson is a good, well-rounded fighter. She’s solid on the feet and has a crafty ground game. The problem is that she’s undersized for the division and doesn’t have much offensive wrestling (she loves the dreaded head and arm throw).

Waterson is facing a larger, more technical striker that she probably can’t take down. Stylistically, Joanna Jedrzejczyk is an absolute nightmare for Waterson.

Unless Joanna is compromised by a terrible weight cut, I think she should be able to stuff all takedowns and dominate on the feet.

I managed to bet Joanna a few months ago around -210. This price was widely available in Europe, but not in America (sorry bros).

Joanna’s current price of -350 is about accurate in my opinion. If you want to use her as a parlay leg you can, but I would probably pass on this fight.

If I have any plays for PFL #7 or Bellator Italy this weekend, I’ll be sending them out via email. You can sign up to my mailing list here.