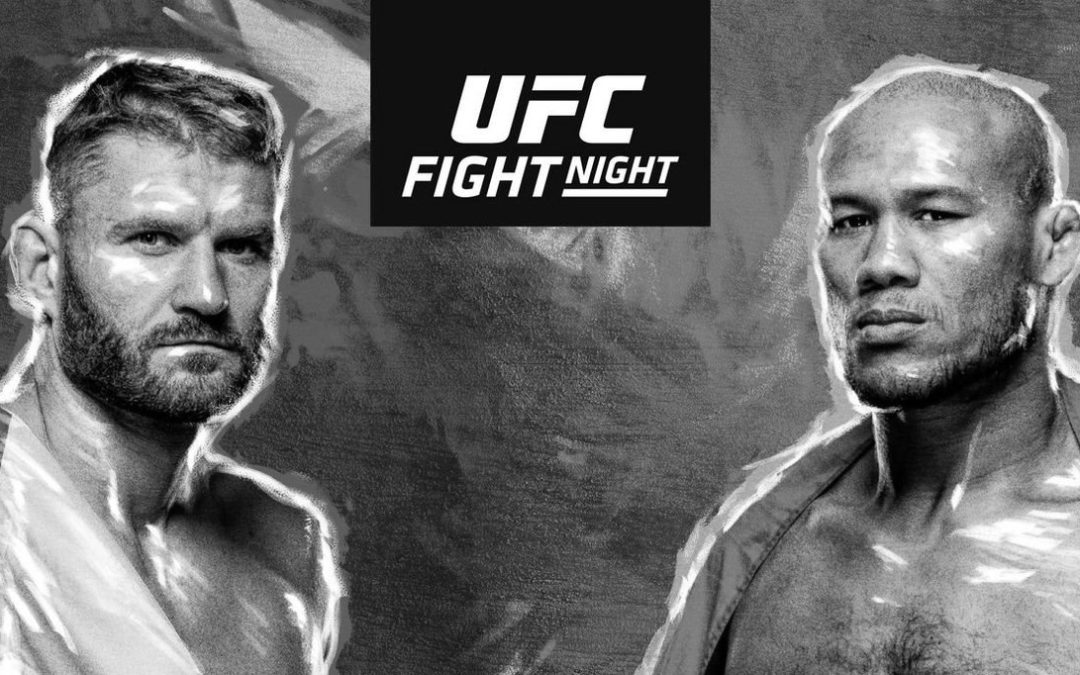 The UFC heads to Sao Paulo, Brazil, for an exciting fight card. I like this event from a betting perspective, although many of the lines I’ve played got steamed before I was able to put out this article. Nevertheless, here are my breakdowns for the fights where I have action.

How good is Warlley Alves? I’m really not sure.

He’s a dangerous kickboxer with a tight guillotine, but I’m not seeing anything that suggests he’ll be a contender in the near future.

While not the most polished technician, Alves is supremely aggressive and puts steam behind everything he throws. This may be to his detriment, as he’s failed to manage his energy properly in the past (the Bryan Barberena fight comes to mind).

He looked great in his last performance, but in hindsight it was a favorable match-up. Sergio Moraes is an excellent ground fighter, but his striking primarily consists of wild hooks and overhands. Alves had no problem kicking the lead leg of Moraes and finishing him in the third round.

You’d figure that low kicks will be part of his plan to negate the length of Randy Brown, who stands 6’3 with a 78-inch reach. Hailing from Jamaica and fighting out of New York, this will be Brown’s first fight outside of the United States.

Unlike Moraes, Brown can handle himself at kicking range and will be happy to fight fire with fire. Despite his lanky frame and numerous weapons at range, Brown is a proficient inside fighter and will have leverage as the taller man in the clinch.

I feel Brown is the more technical striker and superior athlete. If he can make Alves fight at a high pace, this would yield benefits in rounds two and three.

Even as the away fighter in Brazil, I would cap Randy Brown as a moderate favorite, so I had no problem betting him at +100.

Jared Gordon is a man I greatly admire. Instead of concerning himself with trivial narcissistic bullshit, Gordon uses his platform as a professional athlete to help recovering drug addicts and to spread awareness about addiction. He’s open about his troubled past and it’s hard not to root for him.

He’s also a solid MMA fighter, with decent boxing and underrated grappling skills. As far as disadvantages go, Gordon is undersized at lightweight and he’s known to block punches with his face.

Travelling into enemy territory, I feel Gordon has a rough stylistic challenge ahead of him.

Charles Oliveira has been in the UFC for nearly a decade, which is crazy because he’s only 30-years-of-age. In his earlier career, you could never trust him to perform to the best of his abilities on any given night.

However, he finally seems to be putting it all together. Since getting smashed by Paul Felder in 2017, the Brazilian has been on a rampage – finishing all five of his last opponents.

Proficient in both jiu-jitsu and Muay Thai, Oliveira is a threat wherever the fight takes place. I don’t mean any disrespect to Jared Gordon, but I believe the Brazilian is better than him everywhere.

With his tall, lanky frame, Oliveira should be able to dominate the striking exchanges at distance – but he’s a menace in the clinch as well. Gordon will try to pressure with his boxing, but I think it’s only a matter of time before he gets choked out or knocked out

I got in early and bet Charles Oliveira at -250.

Uruguay’s Eduardo Garagorri got his UFC career off to a good start with a win over Humberto Bandenay – but that performance made me question his ceiling.

Garagorri throws powerful combinations, but he’s reckless defensively and will surely be punished against a higher tier opponent. His takedown defense also looked atrocious, especially considering that Bandenay is primarily a kickboxer.

He trains at a small gym called CT Fronteira Fight. If you compare his social media posts with his regional fight footage – it looks like some of his fights occurred in the same gym!

Garagorri is in for the toughest test of his career against Ricardo Ramos – who trains with some of the world’s best fighters at renowned Californian gym, Team Alpha Male.

I’m glad to see Ramos move up to featherweight, because his cardio wasn’t holding up in his bantamweight fights and he was obviously huge for the division. I think the move will be a positive one.

At only 24-years-of-age, Ramos is extremely well-rounded. He’s clean and technical on the feet, with good takedowns and excellent positional awareness on the mat.

While Ramos should have an advantage standing, I believe he’ll have a more significant advantage on the ground. If takedowns do indeed represent the path of least resistance, he’s at a great gym to implement a grappling-heavy game plan.

This looks like a bit of a mismatch and I’m confident in Ricardo Ramos at -230.

With a career dating back to 2002, Mauricio “Shogun” Rua is a legend of the sport. Having competed with some of the best fighters in both PRIDE and the UFC, his place in the history books is set.

At 37-years-of-age, he might not be as fast or durable as he used to be, but so what?

Unless he’s fallen off a cliff, he should still have enough striking ability and savviness on the mat to secure a win this weekend. As he showed in his last contest with Tyson Pedro, he still has plenty of heart and grit.

What is Paul Craig’s path to victory? Primarily known as an opportunistic guard player, Craig would be exceptionally fortunate to lock in a triangle against a long-time black belt like Rua.

On the feet, Craig is completely out-matched. The Scotsman has an awkward outside kicking game, but little else.

Aside from landing a lucky knee in the clinch, I just don’t see how Craig gets the better of Rua (even in a declined state). If you also factor that Craig is taking this fight on short notice and will be in hostile territory, I only see this fight going one way.

I managed to get some early action on “Shogun” at -182, although I feel his current price of -275 is about accurate.

If you were to make a short list of the best jiu-jitsu players to compete in MMA, Ronaldo “Jacare” Souza would certainly be mentioned. The Brazilian is renowned for taking opponents down and ironing them out.

This isn’t to say Souza is out of his depth on the feet, because he isn’t. He does his best work at mid-range with hooks and has concussive power in his hands.

After a mixed run of form in recent middleweight contests, he’s moving up to the light heavyweight division at 39-years-of-age.

While Souza didn’t look undersized in the staredowns for this main event, he will be at a 6-inch reach disadvantage (which might be significant given the difference in striking styles).

Poland’s Jan Blachowicz is much better equipped at fighting at distance. With a piercing jab as well as other tools in his arsenal, Blachowicz will look to keep the more compact Souza at bay.

At 36-years-of-age, the Pole has been putting in the best performances of his career. A few years ago, his takedown defense was weak and his gas tank was suspicious. He seems to have thoroughly addressed these issues.

Blachowicz won’t want to be on his back at any point in the fight, but he is a legitimate black belt and thus won’t be a helpless turtle on the mat like some of Souza’s past opponents. Still, I’m inclined to believe the Polish fighter’s takedown defense holds up, especially against a smaller opponent that is new to the weight class.

I believe Jan Blachowicz has the ability to turn this fight into a kickboxing match at range, but I don’t think there is much value on him at -200. I’ll pass on this main event, but will reconsider if I can get a better price on the Polish fighter.

After Saturday we have a nice long break before UFC Washington. However, the hustle doesn’t stop and I’ll be betting some of the smaller events taking place during this break. If you want my plays for these cards, get them via email.