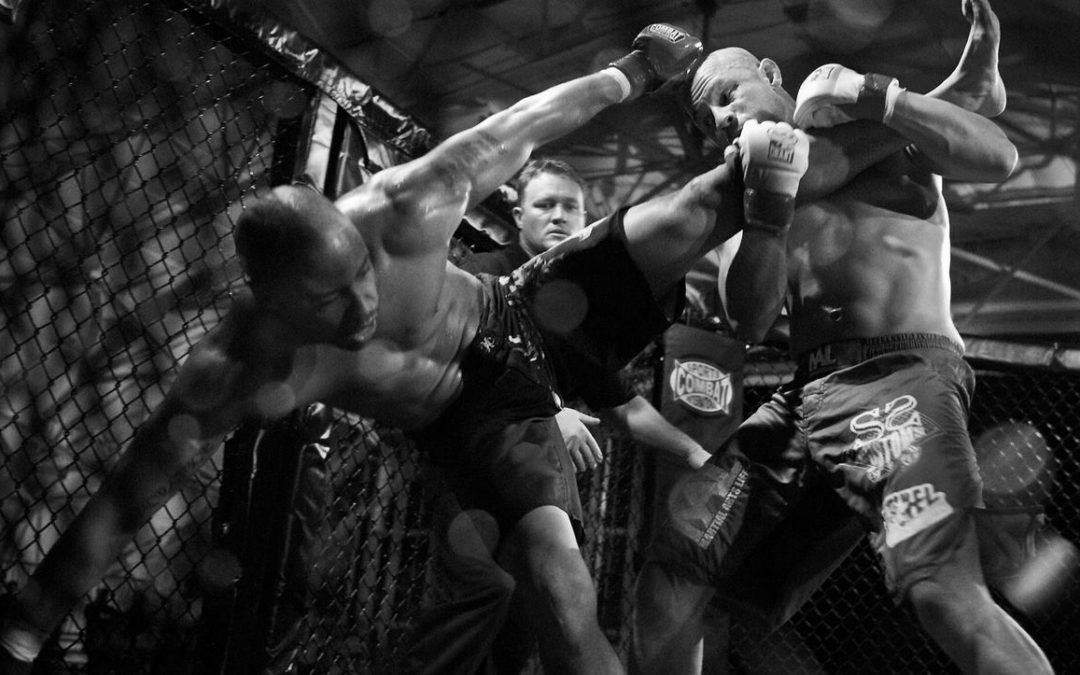 While the first three months of the year were red hot for me, the rest of 2019 felt like a war of attrition – grinding tooth and nail for every unit of profit.

Let me attempt to break down the positive and negative aspects of 2019’s betting campaign.

If you’ve been following my blog, you’ll know that I primarily place straight bets along with the occasional two fighter parlay. However, I usually do a lottery parlay on every card just for fun, and came inches away from a huge payoff on UFC on ESPN 2 on March 30th.

For the last leg of the parlay, I would’ve netted a smooth £7,993 from a £75 wager if Michael Johnson had defeated Josh Emmett by decision. Things seemed to be going to plan with one minute remaining, then Johnson got flatlined by an overhand right from hell – leaving my dreams shattered. Worse still, I was so engrossed in the fight that I forgot to hedge my bet after two rounds!

I’m not an emotionally reactive person (which helps me greatly as a handicapper), but this fight plagued my thoughts for the next few months. During this time, my betting results were rocky. I was already planning what I would do with the money, so felt as if I’d been robbed of £8,000.

This led me to gamble more emotionally than usual – a rookie mistake!

Aside from the aforementioned Michael Johnson fight, I encountered a huge amount of frustrating incidents in 2019.

Firstly, I cannot remember betting on so many cancelled fights in a calendar year. At one point, I was betting on a cancelled fight every single week. Worse still, it felt as if my strongest bets were on fights that never took place!

These were some of the fights where I was 100 or more points ahead of the closing line, yet lost money:

There are probably some others I’m forgetting about too!

I feel like the judging in 2019 didn’t do me any favors. Plenty of times, I bet wide underdog lines only to see my fighters lose razor close split decisions. Jason Jackson versus Ed Ruth was a good example, as was Mike Perry versus Vicente Luque.

I did get lucky a few times though, such as when I bet Eryk Anders against Gerald Meerschaert as a decent sized favorite and he won via robbery decision.

In 2018, live betting formed a significant portion of my betting income. However, as I continued to win money and increase my stakes, the mainstream sites that offer live betting started shutting my accounts down.

This forced me to live bet using lesser known sites with lower limits and no prop markets, which ultimately harmed my profitability.

Live betting is a great tool when your unit sizes are smaller, but don’t think the books will let you take their money indefinitely. Most of the professionals I know use live betting when it’s available, but rely on pre-match action for the bulk of their income.

Like most successful sports bettors, I’m heavily introverted. This doesn’t mean I’m shy or awkward, but it does mean I require solitude in order to function correctly.

Unfortunately, I’m in the wrong city and wrong apartment for that.

Due to the loud noises and distractions in my environment, I feel restless, agitated and exhausted most of the time. Being in a state of sensory overload is obviously not ideal when you’re trying to research fights and draw on your critical faculties.

One of my priorities for 2020 is to move to a more serene location. This will definitely benefit my handicapping skills.

If you’ve got six figures to play with, life as a full-time professional gambler is probably blissful. You can grow your bankroll while covering your living costs at the same time.

At my level there is no living, just existing, like a random piece of biomass.

I may have won £26,000 over twelve months, but I’m no better off as a result. I’m spending money as it comes in, which means I can’t increase my unit size or leverage compound interest for maximum profits.

One positive aspect of my 2019 betting campaign was my results on smaller shows. My return on investment for Bellator, PFL, Combate Americas and other small shows outperformed my UFC action by a wide margin.

I found Combate Americas to be one of the best shows to bet. There is plenty of tape available for research and generous betting lines to be exploited.

It blows my mind that most handicappers never look beyond the UFC for betting opportunities.

Oh well, more cash for me.

Sticking to the Fundamentals

Sports betting isn’t rocket science. You beat the bookmakers by consistently placing wagers where your chances of winning are higher than the betting lines indicate (I cover this topic in-depth here).

So long as you’re using a sensible staking strategy, you’ll win money long-term if your handicapping is solid.

I’ve made £50,000 betting on fights over the past three years, so I know my process works. This is why I don’t freak out when my results are shaky, because I’m confident variance will only run against me for so long.

I’m not making any tweaks to my style in 2020, I’ll just keep doing what has worked thus far.