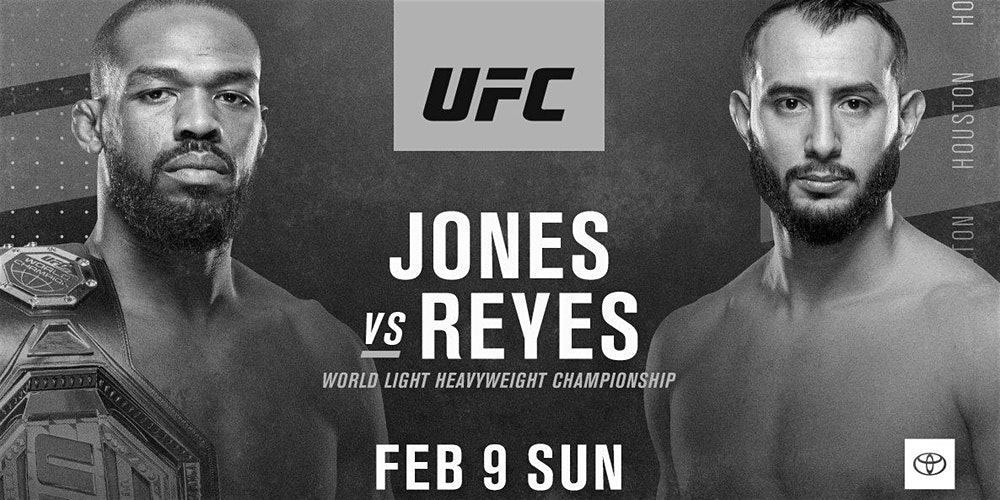 I am on a crappy run of form, which happens from time to time. You can’t control your luck, all you can do is stay dedicated to the handicapping process and let the chips fall where they may.

That said, I quite like UFC 247 from a betting perspective. Here are my breakdowns of the fights where I have action.

This bantamweight contest represents an interesting clash of styles.

Fighting out of Fortis MMA, Miles Johns is a powerful athlete with a strong wrestling base. His striking is somewhat crude, relying primarily on power punches without much nuance. However, he’s still young in his career and is at the perfect camp to make improvements.

It will be interesting to see whether he tries to take Mario Bautista down and control him, or if he’ll oblige his opponent in a bloody battle on the feet.

Bautista is the more dynamic striker and will seek to inflict damage with all eight limbs. He’s a proficient kickboxer in open space, but will get rough and nasty trading elbows in the clinch as well.

While Bautista can be taken down, he seems well schooled in terms of getting back up to his feet. With the exception of Alex Caceres, I can’t think of any fighters out of The MMA Lab that have a gaping hole in their defensive grappling.

Johns could absolutely win this fight with takedowns and top control, but I just don’t think that’s how the fight will play out. If Bautista can pop back to his feet, we’re in for a brutal striking war where I give him the advantage.

Although the line has come in a bit since I bet it, I’m on Mario Bautista at +140.

While she doesn’t excel in any one area, Lauren Murphy is well-rounded and as gritty as they come.

Her striking style is boxing-centric and she’s certainly not afraid to eat a shot in order to give one back. While she’s a bit rigid and takes a lot of damage, her hands aren’t bad and she does have some sneaky counters.

I think she may be susceptible to leg kicks, which could disrupt her boxing offense.

Murphy originally comes from a jiu-jitsu background and has a bit of offensive wrestling to compliment her ground game. I’d imagine takedowns will be part of the game plan against a decorated Muay Thai striker like Andrea Lee.

I feel that Lee is one of the most sophisticated female strikers in the UFC. She possesses an excellent variety of strikes and is competent in open space as well as in the clinch. She’s defensively sound and her upper body stays in perpetual motion.

While Lee can be wrestled to the mat, she’s very difficult to hold down and has defeated better wrestlers than Murphy. Don’t sleep on Lee’s ground game either – she has four submission victories on her record.

I think this is a really good match-up for Lee. She’s the more complete MMA striker going up against a rigid boxer, and I highly doubt she can be held down for significant periods of the fight.

As an additional point, Murphy has a lot of scar tissue on her face and doesn’t wear damage well. Lee will have the hometown support, which could be useful in case the rounds are close (I don’t think they will be).

I’m not usually into playing heavy favorites, but I do like Andrea Lee as a parlay piece.

Tri-Star prospect, Mirsad Bektic, had all the hype in the world behind him a few years ago. While I still consider him to have a high ceiling, his setbacks against Darren Elkins and Josh Emmett were brutal.

Anyone can get knocked out by the heavy-handed Josh Emmett, but the loss against Darren Elkins was horrendous – particularly because Bektic was dominating the fight until he slowed down and got cracked.

Even though his chin isn’t perfect and he slows down late in fights, I believe Bektic can go far in the featherweight division. He’s still a phenomenal wrestler with a solid ground game and underrated boxing.

Stylistically, I think this could be a good fight for him to get back in the win column.

Hawaii’s Dan Ige is a jiu-jitsu black belt with a strong top game, but I severely doubt he has the wrestling ability to take Bektic down. It’s much more likely that Ige will be taken down, and I don’t think he offers much off his back.

To his credit, Ige has shown steady improvements since he entered the UFC – particularly with his boxing in the pocket. I could see a scenario where he catches Bektic with a short-range hammer and puts his lights out, but I don’t think that’s the most likely outcome.

Bektic should win if he uses his boxing to set up shots, scores takedowns and controls Ige from top position. He just needs to keep that chin tucked and pace himself correctly. Firas Zahabi is a great guy to have in his corner to implement such a game plan.

By all accounts, Dominick Reyes is a good fighter. He’s a tall, athletic southpaw kickboxer with power in his left hand. He also has excellent kicks and loves to attack the open side of the body when facing orthodox opponents.

Reyes has a wrestling background as well as some competency on the mat, although I doubt he’ll be able to take Jones down – even if he wanted to!

While I wouldn’t say he has cardio issues, I do think Reyes is a bit of a front runner. His volume drops off noticeably after the first round, which could be problematic against an opponent who can fight hard for 25 minutes with no issues.

I just don’t see anything about Reyes’ game that is going to trouble a legendary champion with no discernible weaknesses.

Jones has the longer reach, is more dynamic offensively, has better cardio and will rain down destruction if he can achieve top position. Even if Reyes does land a big left hand, Jones is known for his titanium chin.

I think this will be an easy night at the office for Jon Jones, but I have absolutely no interest in betting him at -450.

I am informed that Bethard will be offering live betting for this event. You’ll get a welcome bonus when you sign up with my link.