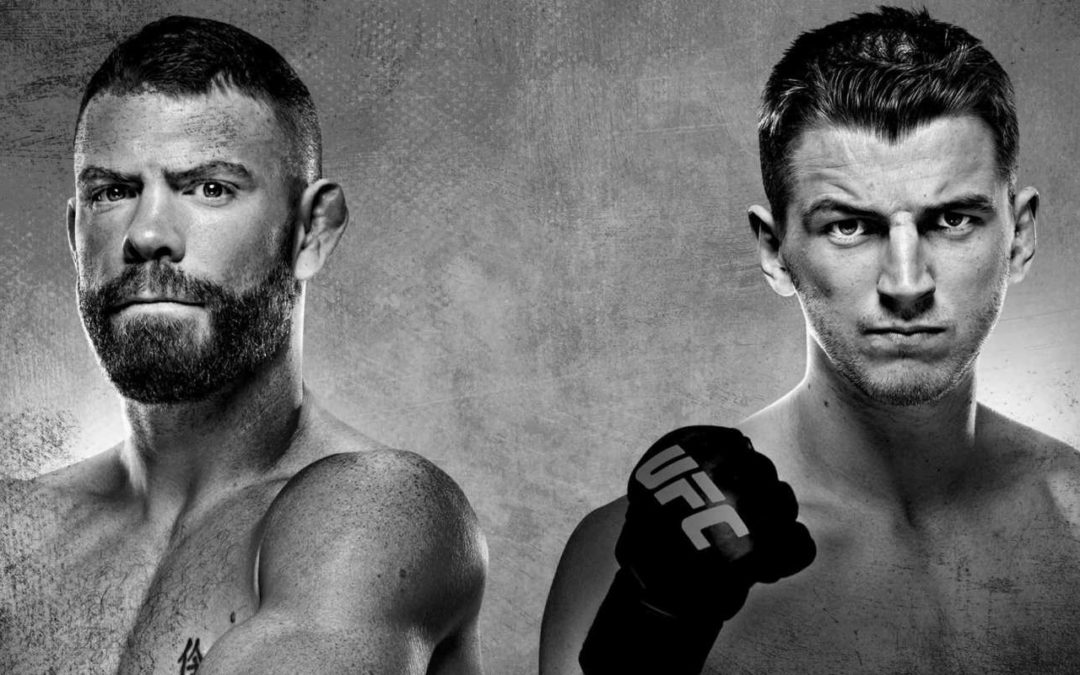 The UFC is heading to Auckland, New Zealand, this weekend for an entertaining fight card. While there are plenty of interesting bouts, I don’t think there is much value on the betting lines.

Nevertheless, here are the breakdowns of the fights where I have action.

City Kickboxing is on fire at the moment. The gym has two current UFC champions, as well as several other rising contenders on the roster.

Coming from an extensive kickboxing career, Brad Riddell looks to take inspiration from his successful teammates and ascend the UFC’s lightweight division.

On the feet, “Quake” fires ferocious boxing combinations as well as chopping leg kicks. He’s inexperienced as far as MMA goes, but has fought high level kickboxers such as John Wayne Parr and Cedric Doumbe.

Knowing that most opponents will want to take him down, I’m reliably informed he takes his wrestling training extremely seriously. You can see he has strong hips, good balance and understands how to fight the hands when defending takedowns.

Riddell may have a weakness in terms of submission defense, but I’m not sure if that will be an issue in this fight. The UFC must think he’s ready for the fast lane, because they’re putting him up against a savage barbarian in his second fight for the promotion.

Magomed Mustafaev actually comes from a freestyle wrestling background, but we don’t see him shoot many takedowns. Instead, we see him try to annihilate opponents on the feet – and he’s usually successful.

The Dagestan native might not be the most technical striker, but he throws with venom and has plenty of unorthodox spinning techniques that can catch opponents off guard. Riddell stands quite flat-footed, which will be advantageous for Mustafaev to set up something explosive and nasty.

Amazingly, Mustafaev has never seen the scorecards in his entire career!

Mustafaev has a serviceable ground game, but I’m not sure if he’ll be able to hold Riddell down in order to implement it. I think we’re probably in for a striking war.

Riddell could get knocked unconscious, but has the sharper boxing and is more likely to win exchanges on the feet. Given that Mustafaev throws every strike with 100% commitment, I wonder what his gas tank will look like if the fight goes into the later rounds?

This is hardly the lock of the century, but I think all the value is with Brad Riddell as the underdog.

This women’s strawweight fight is likely to be a striking affair, as Yan Xiaonan puts her sanda skills against the Muay Thai talents of Karolina Kowalkiewicz.

Since getting obliterated by Jessica Andrade in 2018, Karolina underperformed in her subsequent contests (albeit against good competition).

In her last fight, Karolina’s face was a magnet for the straight punches of Alexa Grasso. The Polish fighter looked extremely lethargic as she waded forward eating shots for fifteen minutes.

We could definitely be looking at an athlete on the decline.

Now 34-years-of-age, Karolina has been delaying motherhood in order to prolong her career. However, she will be nowhere near another title shot even if she wins this weekend.

While Karolina is competent in the pocket and the clinch, I think she’s going to be at a major disadvantage at distance in this match-up.

Yan Xiaonan is fast and precise with her strikes. I believe her jab, straight right and lead leg side kick to the head and body will be effective weapons against Karolina.

The Chinese fighter doesn’t mind planting her feet and trading in the pocket, and that’s where this fight can get competitive. That said, Xiaonan is faster and has more pop in her hands – which favors her if the two start exchanging wildly.

Xiaonan’s strikes are likely to look more impactful, which could play a role in the eyes of the judges.

I think this is a favorable fight for Yan Xiaonan, and I have her to close a 2 unit parlay.

Auckland’s Dan Hooker has been asking for a main event slot for a while, and he finally gets his wish granted. “The Hangman” was a run-of-the-mill featherweight at one point in time, but he’s improved exponentially since moving up to the lightweight division.

With his long frame and 75-inch reach, Hooker is a proficient kickboxer with excellent distance control. He’s able to move just out of the way while opponents are swinging at air and pop them with a counter.

The pull-back elbow he landed against Al Iaquinta in his last fight was pretty to watch. He also has a deadly knee that he fires down the middle to punish shorter opponents trying to close the distance on him.

While Hooker is competent at fighting in the pocket, he will surely aim to use his length and reach against the more compact Paul Felder.

Not wanting to get picked apart from the outside, Felder will look to attack the lead leg of his lanky opponent. Felder was actually commenting on Hooker’s contest with Edson Barboza, where the New Zealander ate a tonne of low kicks in the first round – I’m sure this will have left an impression on him.

Felder used low kicks as part of his strategy against James Vick, who was much taller and longer than him. If his attacks are successful, this will take away his opponent’s mobility and allow the American to get his hands going.

Of course, Hooker will be prepared for this and will look to fire back with his own kicks.

I could see this fight going either way, but I think the value is with Paul Felder as the underdog. Given that the fight is 25 minutes, I believe this favors the insanely durable American and I may look to bet him if his price gets up to +140 or so.

If I have any bets for Combate Americas or Bellator on Friday night, I’ll be sending them out via email.