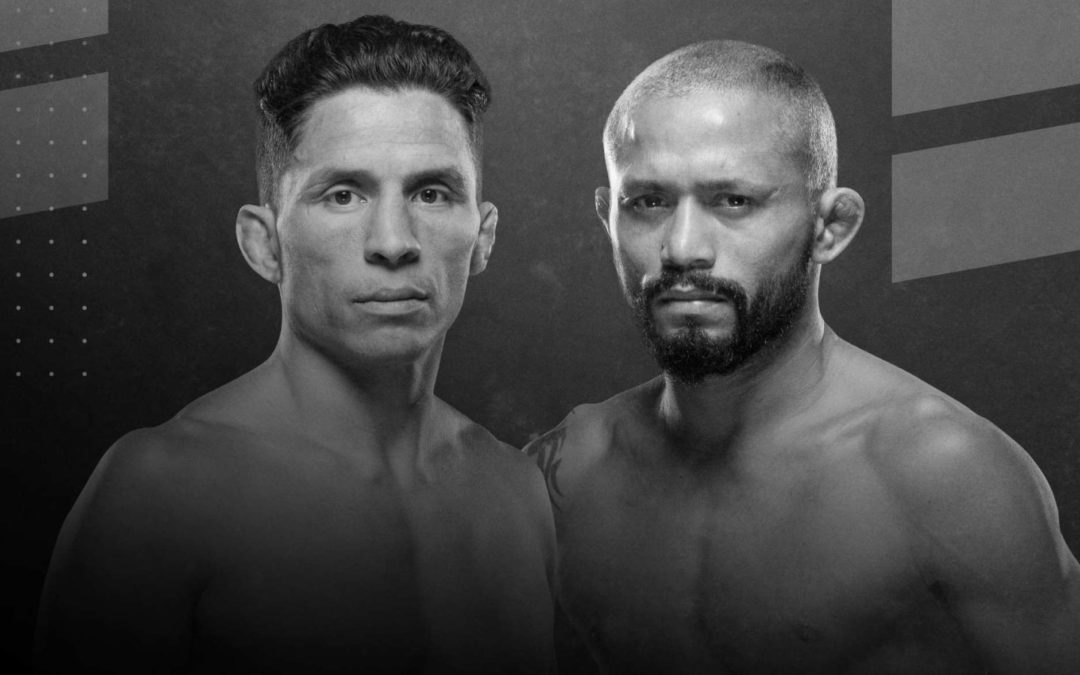 I won a nice chunk of cash last weekend and now I want to keep momentum rolling for UFC Fight Night 169. This card is a bit underwhelming, but I’ve found a few interesting betting opportunities.

England’s Tom Breese hasn’t stepped foot in the octagon since 2018. He’s pulled out of numerous fights due to anxiety related issues – which is a huge red flag in terms of betting.

That said, he competed in grappling contests during 2019 and I’m informed that he’s currently in great shape, both physically and mentally.

On paper, this looks like the type of match-up that Breese should dominate.

The Englishman is a slick southpaw boxer with a sharp straight left and good counters. If the fight stays upright, I believe he beats the brakes of Brendan Allen – who is a mediocre striker with poor defense.

I’m informed that Breese has improved his takedown defense significantly since his fight with Keita Nakamura, and if that’s the case then the fight is likely a wrap. However, even if Allen can get the fight to the mat with his favored body lock, Breese is a high level jiu-jitsu black belt himself.

I rate the submission skills of Allen, but I actually believe Breese is the better positional grappler. If the Englishman gets planted on his back, he’s more than capable of sweeping his opponent – as he did to Nakamura.

I’m betting Tom Breese at -120. If this fight was capped purely on skills, he would be a much heavier favorite.

Coming off an insane flying knee knockout on the Contender Series last summer, Aalon Cruz finally makes his debut in the UFC.

Standing 6’0 with a 78-inch reach, Cruz looks absolutely enormous for the featherweight division. Even though he must have a significant weight cut, his conditioning looked excellent in his Contender Series bout – as he was able to throw hard kicks until the final minute of round three.

While his boxing is serviceable, his kicks and knees are his deadliest weapons. Against a much shorter opponent, Cruz will look to keep the fight at range and try to land a knee when he starts getting swarmed.

Taking this fight on less than a month’s notice, Spike Carlyle has an entirely different body type and fighting style to Cruz. Standing 5’7 with a stocky build, “The Alpha Ginger” comes from a judo/jiu-jitsu background and is unpolished on the feet (although he does have a bit of power in his hands).

Carlyle has some wrestling skills to compliment his judo, but he’s most effective with upper body takedowns from the clinch. He’s going to have to walk through a minefield in order to tie up with a much taller opponent, and I think he’ll absorb a tonne of damage in doing so.

While Cruz looks like a competent grappler, I believe Carlyle has the advantage in terms of pure jiu-jitsu. That said, Carlyle can be guilty of giving up positions in pursuit of submissions and this isn’t a good trait to have at the highest level of MMA.

I’m dropping 1 unit on Aalon Cruz at -137. I think he’s good enough to fend off submission attempts and should dominate whenever the fight is upright.

Both men are in their mid twenties and are fighting out of good gyms – so expect improvements from camp to camp. Gabriel Silva trains out of Team Nogueira in Brazil, whereas Kyler Phillips fights out of The MMA Lab in Arizona.

Given that both prospects are well-rounded, it’s difficult to envision how this fight will play out.

Silva seems boxing-centric with his striking, whereas Phillips is more dynamic and has an excellent vocabulary of kicks to compliment his hands. While Phillps looked tight and technical in his most recent performance, he was very hittable in his prior fight – particularly as he ran out of gas in the later rounds.

As far as grappling goes, I was impressed by how Silva handled himself against Ray Borg – who was a tough opponent to face in his UFC debut. He had plenty of success early, but was ultimately overwhelmed in the second half of the fight.

Phillips is a jiu-jitsu brown belt and will threaten with submissions, but I suspect Silva may be able to dominate from top position and win scrambles.

It’s worth noting that Phillips hasn’t fought in a year and will be making his UFC debut, whereas Silva already got his octagon jitters out of the way in July 2019.

I think this will be a back and forth battle with both men having their moments of success, so I made a small play last week on Gabriel Silva at +138. We’re currently looking at pick ‘em odds, which I feel is about accurate.

For as long as I can remember, Joseph Benavidez has been one of the best flyweight contenders in the world. While he was never able to defeat the reigning champion, Demetrious Johnson, the landscape of the division has shifted since Johnson’s exit from the UFC in late 2018.

Benavidez is finally getting another shot at the title and at 35-years-of-age, it’s probably his last one.

On the feet, Benavidez is scrappy and unpredictable. He loves blitzing forward with punches to the head and body, but his kicking game is also effective – especially his chopping calf kicks.

Where he really shines is in the grappling department. His transitional awareness is legendary and he almost always comes out in the dominant position after a crazy scramble.

While he may have slowed down a little with age, I still think he has the wrestling chops to take this fight to the mat – especially considering his opponent will give him plenty of opportunities to duck underneath a haymaker and dive onto a leg.

It’s rare to see flyweights with true knockout power, but Deiveseon Figueiredo is an exception. He is dangerous in the clinch and in open space with a savage array of knees, elbows, punches and kicks.

The Brazilian isn’t the most defensively minded fighter – but that doesn’t necessarily matter. He has a power advantage over most opponents, so a wild exchange in the pocket typically favors him.

I do believe Figueiredo has some grappling deficiencies. As we saw in his fight against Jussier Formiga, he is not particularly effective of his back and will be a step behind in transitions against Benavidez.

While the Brazilian is known to explode out of bad positions to get back to his feet, will he be able to do this consistently in a 25 minute fight if he can’t put Benavidez away? I’m not so sure.

I’m slightly leaning with Benavidez because I feel his grappling advantage will be more significant than Figueiredo’s striking advantage, but I’m not overly enthusiastic about betting him at -130.

If I have any plays for Combate Americas on Friday night, I’ll send them out via email.