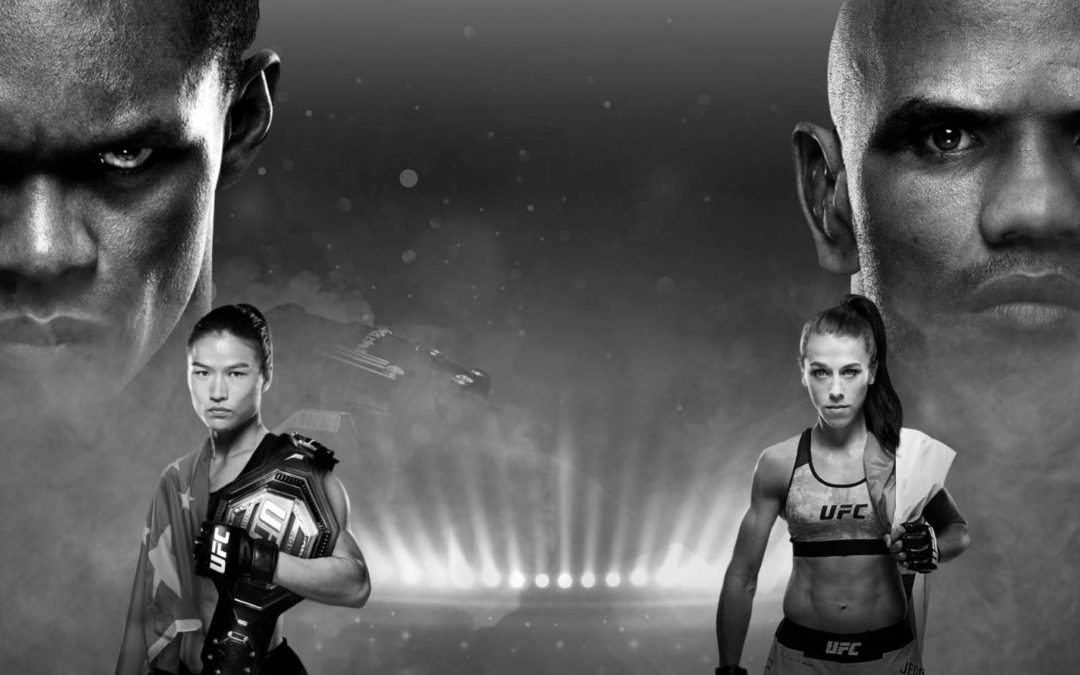 UFC 248 looks like an underwhelming fight card, but the co-main and main events are spectacular. At the time of writing, I currently only have one bet for this event – although I may make another play or two if line movement is favorable.

Here are my breakdowns of the two title fights from a betting perspective.

Former strawweight champion, Joanna Jedrzejczyk, is on a quest for redemption as she looks to reclaim her strawweight belt from the Chinese powerhouse that is Weili Zhang.

A lot of people (including me) were surprised to see Zhang dismantle Jessica Andrade in the early stages of round one to seize the belt. Andrade had been wading into fire and relying on her chin for years, and it finally caught up to her her. Stylistically, I don’t think that fight has much relevance to this one.

Zhang is a proficient sanda striker, with deadly spinning attacks and diverse kicks from her lead leg.

That said, I’m quite confident Joanna will win rounds if the fight stays at distance. I think she’s more defensively sound, is more energy efficient with her strikes and will find a home for her low kicks – which Zhang seems susceptible to.

If the fight stays at range, I think Zhang will need to rock or hurt Joanna in order to take rounds. This could happen (since Joanna’s chin is questionable), but the Polish fighter measures distance well and keeps her chin tucked and her hands high.

In a 2017 strawweight championship fight, Jessica Andrade would have loved for Joanna to trade with her on the inside – yet she was denied this opportunity for 25 minutes. While there were some clinch exchanges during the contest, almost none of the fight took place in the pocket where Andrade could potentially land a bomb.

I’m inclined to believe that Joanna’s distance striking arsenal and elite footwork will be enough to keep Zhang on the outside as well.

Where Zhang has a clear advantage is in power and physicality, but I’m not sure if that will play a significant role in the fight (outside of her potential for a one punch knockout, which is indeed very real).

Zhang could bull rush her way into the clinch and utilize her physical strength, but Joanna is an effective clinch fighter herself. Joanna was able to disengage and angle out of the clinch against Andrade, and she probably can here.

It will be interesting to see if Zhang decides to grapple. She has good upper body takedowns when she’s able to tie up with opponents, but we know Joanna’s takedown defense and balance are world class.

If the Chinese fighter can get the fight to the mat, she’s great at raining down damage from half guard and side control. However, if she blows energy on wasted takedown attempts, this could backfire disastrously against an opponent who can go hard for 25 minutes.

It’s worth noting that Zhang took a labyrinthine detour to get to Las Vegas after the outbreak of the coronavirus. I’m not saying this will affect her performance, but it’s not negligible either.

Ultimately, Zhang’s best chance of winning is with a knockout in the first two rounds – either on the feet or from top position. I won’t be surprised if this happens, but I certainly don’t think it’s the most likely outcome.

When you consider that Joanna at +150 carries a meager implied probability of 40%, this doesn’t make a lot of sense to me. I personally favor her to win outright and I’m happy to put my money where my mouth is.

It’s crazy to think that Israel Adesanya vs. Robert Whittaker was lined as a pick ‘em fight, because it turned out to be a one-sided beatdown. Whittaker was perhaps rusty after a long layoff, but Adesanya comprehensively outclassed him before scoring an emphatic knockout.

If you didn’t already know, “The Last Stylebender” is the real deal.

Standing 6’4 with an 80-inch reach, Adesanya has an ideal body type for a striker. He’s constantly making reads and searching for the perfect shot to annihilate opponents.

While he’s great at keeping shorter fighters at distance, he’s not vulnerable on the inside like many tall and lanky fighters are. The New Zealander is excellent at slipping and rolling with the punches in order to mitigate damage.

Yoel Romero has a completely different body type and style. A fast twitch athlete, the Cuban is known for thunderous blitzes and unorthodox attacks. He lacks a bit of finesse on the feet, but that doesn’t necessarily matter when you carry concussive power in every limb.

When he’s not flurrying, Romero is recharging his batteries to prepare for another onslaught. Fighting in bursts works well for his body type, but Adesanya could take advantage by forcing him to fight at a higher output than he’s comfortable with

Because of Romero’s insane list of knockouts, it’s easy to forget about his Olympic freestyle wrestling credentials. However, I don’t think he’ll want to run the risk of draining his gas tank by shooting failed takedowns (Adesanya’s defensive wrestling has improved tremendously since he entered the UFC).

I think Israel Adesanya can probably put on a kickboxing clinic at distance and avoid getting clipped by a haymaker, but I don’t think there is any value on him at -260. Betting against Yoel Romero is an emotional roller coaster and I need a better price to go through that again!

If you’re looking to bet either Weili Zhang or Joanna Jedrzejczyk, you can get a free bet worth 50% of your stake if your initial bet loses with LSBet. There are no rollover requirements for this offer!