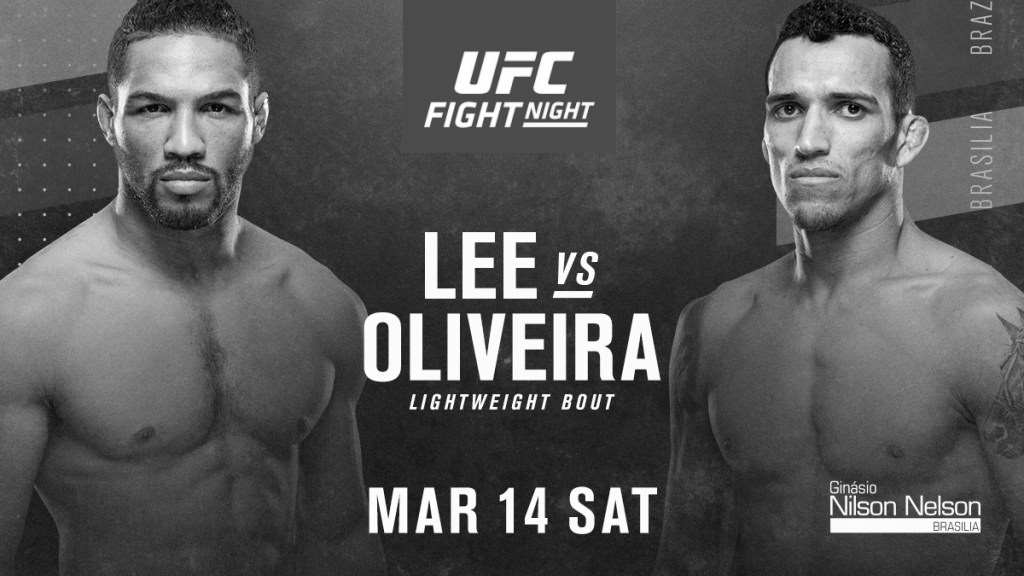 The UFC is heading to Brasilia, Brazil, this weekend. Here are my breakdowns of the fights where I have action.

Despite competing in four fights for the UFC, Johnny Walker has spent less than five minutes inside the octagon! The hulking Brazilian is not afraid to go out on his shield and it’s easy to see why he’s become a fan favorite.

Walker is renowned for his fast twitch, explosive striking. His unpredictability and unorthodox attacks make him extremely dangerous early in the fight, but does all of his flashiness mask a lack of fundamentals?

Previous victim, Justin Ledet, remarked that he was taken by surprise when Walker threw a flying knee and immediately followed up with a spinning backfist. This isn’t the type of combination you’d ever see in the training room!

You have to respect his power at all times, but the Brazilian is loose defensively and leaves his chin exposed. When you also consider that he’s suffered numerous knockout losses throughout his career – this could spell disaster against a certain level of opponent.

After moving to Tristar for this camp, I would expect Firas Zahabi to have refined his fundamentals and instructed him to fight more conservatively. Whether this is a good match for someone with Walker’s explosive style and exuberant personality, I’m not sure.

I certainly think it’s a red flag that Walker blamed his former coach for his most recent loss instead of holding himself accountable.

Nikita Krylov is more conventional in his striking style. He keeps his hands high, throws a clean jab cross combination and has effective front kicks and low kicks. The Ukranian is also adept at attacking with his lead leg, which opponents are not always prepared for.

While Krylov may not have the insane concussive power of his opponent, I consider him to be more technical, energy efficient and durable.

If the fight hits the mat, I believe it will be on Krylov’s terms. The Ukranian possesses solid wrestling and holds a good account of himself when he’s on top – although he can give up positions from time to time. Word on the street is that Walker is a brown belt in jiu-jitsu, but he looked sloppy in his 2018 Contender Series fight with Henrique Da Silva.

I may lose this bet in spectacular fashion, but I feel the value is with Nikita Krylov at underdog odds.

I’ve been really impressed by Amanda Ribas in her first two UFC fights. She’s athletic with a well-rounded skill set – I believe she has a high ceiling in the sport!

When you compare her UFC footage to her regional footage from a few years ago, one of the most obvious improvements is her striking. The Brazilian has good footwork, throws clean combinations, has smooth upper body movement and slick pull-back counters. You can tell she’s working on boxing religiously over at American Top Team.

Ribas is also a black belt in judo and jiu-jitsu. While she’s clearly skilled on the mat, I feel that striking would be her path of least resistance.

Randa Markos is a tough veteren, but she’s out-matched in this contest. She has effective flurries in open space and decent dirty boxing in the clinch, but there isn’t a lot of sophistication to her striking game.

If we see a kickboxing match for three rounds, it’s hard to see Markos consistently getting the better of the exchanges.

Markos does have a good top game, but I think she’ll struggle to take down the lifelong judoka. Most of Markos’ takedowns are throws and trips from the clinch, which Ribas should be equipped to deal with. If Ribas is the one that scores the takedowns, I think there is a good chance we see a submission.

Ultimately, I feel that Amanda Ribas is superior everywhere and I had no problem placing a big bet on her at -260.

When I said that Johnny Walker may not be an ideal match for Tristar’s conservative ethos, Kevin Lee is the exact opposite.

An athletic specimen with a strong wrestling base, Lee had a reputation for going balls to the wall and not pacing himself intelligently. We saw him keep things tight and technical in his first fight under Firas Zahabi, and I’m expecting this partnership to yield positive results going forward.

Lee’s boxing has come a long way over the years and he looked sharper than ever against Gregor Gillespie. I think he’ll find a home for his long straight punches against Charles Oliveira, who stands very upright with limited head movement. I also believe that Oliveira is susceptible to body shots.

Despite his rigid defense, Oliveira does have many offensive weapons and will attack with knees, kicks, elbows and punches. The Brazilian has been refining his Muay Thai in recent years and is entirely capable of scoring a standing knockout in this contest.

Lee’s chin is not the best, so it’s important he remains defensively focussed. Again, Zahabi is a great guy to have in his corner for this purpose.

With all that said, I don’t think we’re in for a striking affair.

Lee is a powerful wrestler with an explosive double leg takedown, whereas Oliveira is an offensively minded jiu-jitsu black belt that will chain one submission attempt after another.

Based on the footage available, here are some of my inclinations about the grappling exchanges in this fight:

Oliveira is a threat wherever the fight takes place, but we’ve seen him wilt when things aren’t going his way. I believe Lee can score takedowns, posture up and pound this dude into oblivion on the canvas.

There could be some sketchy moments in this one, but I feel the value is with Kevin Lee at -130.

I’ll be sending out more rough breakdowns by email as I investigate the card further throughout the week. If you enjoy this type of hardcore betting content, sign up to my newsletter.