12 Red Flags to Avoid When Betting on MMA 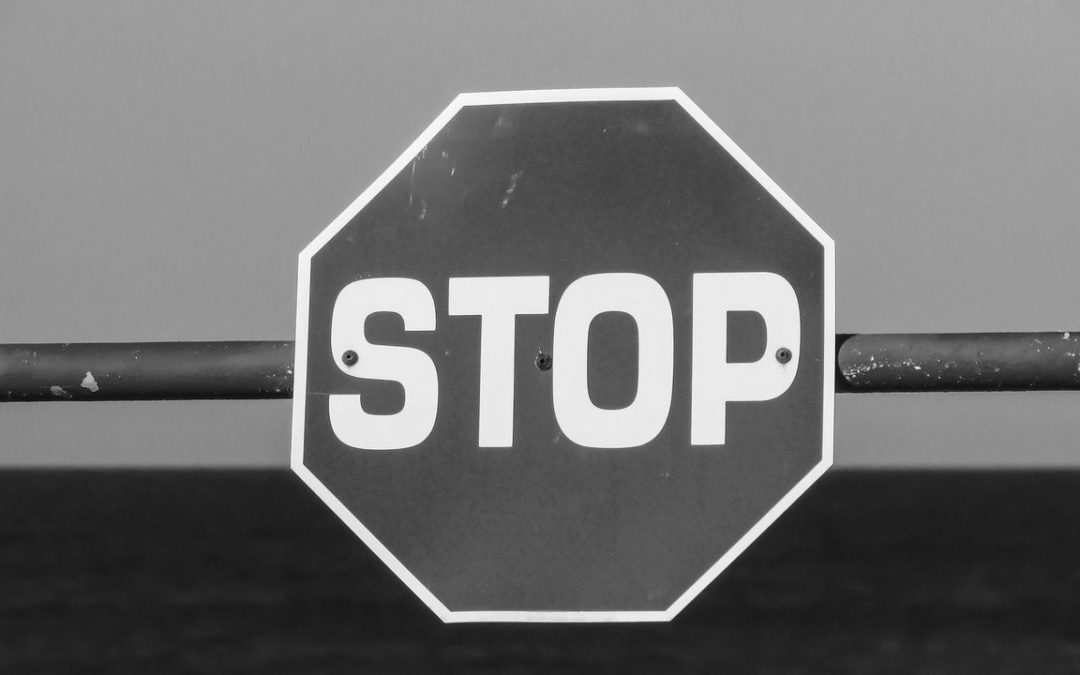 If you want to be profitable at betting on MMA, it takes time to refine and polish your handicapping process. There are a lot of variables to consider and pricing inefficiencies are often difficult to spot.

With this in mind, you don’t want to make your job harder than it already is by putting your money in sketchy positions. MMA is a volatile sport and the more talented fighter with the advantageous match-up doesn’t always win (otherwise we’d all be rich).

Over the years, I’ve determined numerous red flags that would make me hesitant to put my money behind a fighter.

In order to fight intelligently, fighters must have a full understanding of their opponent’s strengths and weaknesses (as well as their own). With this knowledge, they can construct a game plan to utilize their best assets and exploit their opponent’s shortcomings.

Unfortunately, some fighters give their adversaries a much higher chance of winning than they should – solely due to poor decision making.

Justin Scoggins is famous for finding ways to lose by submission, despite usually having a striking advantage over his opponents as well as the defensive wrestling to keep fights upright.

Just because you can see a clear path to victory for a fighter, it doesn’t mean they can see it too. Even if they have an intelligent game plan, it can quickly go out the window when the fists start flying and the adrenaline is pumping.

When you see a fighter do something dumb, it’s usually only a matter of time before history repeats itself.

As a final point, a good coach can provide huge benefits in terms of fight IQ. When I see a coach like Firas Zahabi or Rafael Cordeiro in a fighter’s corner, I expect there will be a smart game plan in place.

There are other prominent coaches that I have far less confidence in.

We live in a strange culture where judgmentalism is seen as a bad thing. In the world of sports betting, it is pretty damn important to pass judgement on athletes that will be fighting for your money.

No behavior is formed in a vacuum. By listening to the statements a fighter makes and observing his or her actions, you can make inferences about their potential for success (or failure).

For instance, there is overwhelming scientific evidence that the Earth is spherical. For a fighter to claim that the Earth is flat, this demonstrates a lack of critical thought and an inability to draw rational conclusions from observable reality.

Wouldn’t a lack of critical thought also be detrimental to a fighter’s training routine? If you can’t think logically, how can you make an accurate assessment of your current skill level and which areas you need to improve upon?

This is one of the reasons I go out of my way to watch fighter interviews and scroll through their social media posts. The more information you have, the easier your job is as a handicapper.

Fighting is a young man’s sport.

There are notable anomalies like Trancisco Trinaldo and Daniel Cormier who can still perform at the highest level in their late thirties and early forties, but most fighters are ready for the scrapheap at this stage in their lives.

The book goes on to state that most fighters peak in their late twenties and remain competitive veterans until the age of 32. After this, there is an expected decline for a number of reasons, including: lower testosterone levels, slower reaction times, more wear and tear from gruelling training camps and lower resistance to brain trauma.

This leads me to my next point…

The random knockout factor is one of the reasons why MMA is so entertaining.

If a team racks up a 40 point lead in a basketball game, the result is a foregone conclusion. No matter how badly a fighter is losing in MMA, one clean punch can instantly turn the contest around.

Unfortunately for some fighters, they’re not blessed with punch resistance or have developed a weak chin through years of sustained damage.

A cracked chin isn’t a death sentence for a fighter’s career, but it is imperative they build a style around the weakness (Wladimir Klitschko is a great example of this in boxing).

I’m not averse to betting on a fighter with poor durability if the price is right, but I want them to be defensively sound and ideally facing an opponent with minimal power.

Another handicapper told me: “Once a flake, always a flake”.

When I see a fighter mentally check out when the contest isn’t going their way, I know they’re likely to quit again in the future.

I’m in no position to criticize professional athletes as I sit in a dark room surrounded by empty whiskey bottles, but I also don’t want to risk my hard earned money on fighters that fold when the going gets tough.

We’ve seen prospects that look incredible on the regional circuit completely fall apart the first time they face real adversity in the UFC.

When you’re used to fighting on smaller shows, the magnitude of a UFC fight week must be daunting. There are all sorts of logistical considerations and media obligations, as well as the awareness that your performance will be scrutinized by millions of viewers.

Additionally, some fighters come from promotions where there is minimal testing for performance enhancing drugs. Having to fight clean for the first time under USADA can make an athlete look like a shell of themselves.

The UFC jitters are real and you seldom get to see a fighter’s full potential in their debut for the world’s top promotion.

I know some MMA handicappers that are really into statistics – I’m not one of them.

However, when I anticipate a fight will primarily take place on the feet, I like to have a glance at the numbers for significant strikes on ufcstats.com – specifically strikes landed per minute and strikes absorbed per minute.

When I favor a fighter stylistically but the numbers indicate they’ll be on the wrong side of the volume equation, this gives me pause for concern.

It’s not uncommon for the more technical striker to lose on the scorecards, simply because their opponent threw more punches.

Dominick Cruz may tell you that ring rust is a fallacy, but I can’t count the amount of times I’ve seen fighters look awkward and uncomfortable when they’ve returned after a long layoff. This is especially true if the layoff is due to injuries.

Fightnomics corroborates my opinion, stating that fighters returning after a layoff of a year or more win only 35% of the time.

If an athlete hasn’t fought professionally for a while but is still in the gym and competing in jiu-jitsu tournaments, I give less credence to a long layoff.

Always check out what fighters have been up to on social media before you bet on them!

9. Fast Return After a Sustained Beating or Knockout Loss

Fighting takes a brutal toll on the brain and body. Athletes need sufficient time to recover after going to war – particularly when they sustain a lot of damage or get knocked out cold.

When Michael Bisping fought Georges St. Pierre for the UFC middleweight title, he took a significant amount of punishment. He returned a couple of weeks later on short notice to face Kelvin Gastelum and was obliterated in the first round.

Bisping won me plenty of cash over the years, but he took this bout in extremely unfavorable circumstances. I had no hesitation in betting against him.

There is nothing worse than losing money on a fighter because their gas tank fails them.

Bad cardio doesn’t necessarily mean a fighter has problems with their training routine or nutrition. Some fighters are just more genetically blessed than others when it comes to cardiovascular endurance.

Improvements can be made in this area, but I generally dislike betting on a fighter if I’ve seen them gas in the past.

Unlike other sports, you see athletes with an array of different body types in mixed martial arts.

Take a heavily-muscled, fast twitch athlete like Yoel Romero. He’s made a career out of fighting in bursts. If he attempted to fight at a jogging pace like Nick Diaz with sustained output, he’d never be effective.

Not all fast twitch fighters are good at managing their energy like Romero is.

Sometimes a fighter has good cardio, but slows down anyway due to their fighting style. Relentless offensive wrestling will drain your gas tank, as will throwing explosive haymakers and low percentage spinning techniques.

There is a reason why you rarely see heavyweights that are light on their feet in perpetual motion. Excessive movement costs too much energy!

I’m not averse to betting on fighters with weak takedown defense, but it all depends on the match-up.

A smart fighter will look to exploit their opponent’s weaknesses, so may resort to wrestling as the path of least resistance (even if this is not their typical style).

Neil Magny isn’t known as a suffocating blanket, yet he kept shooting takedowns in his victory over Carlos Condit. Watching tape in preparation for the fight, Condit’s lack of takedown defense would have been evident.

Sometimes you have to assess takedown defense with incomplete information.

For instance, not many opponents tried to take Colby Covington down prior to his fight with Demian Maia. However, Covington’s NCAA All-American pedigree as well as his brilliant offensive wrestling suggested he’d be fine at stuffing shots – and he was.

When I see a fighter with a compact frame, muscular legs and low center of gravity, this often coincides with good takedown defense. Conversely, fighters that are tall and long in the limb typically struggle with defending takedowns.

12. Away Fighters in Hostile Territory

If you’re a fan of boxing, you’ll know how heavily politics affects the sport. Home cooking is a major factor and non-promoted fighters routinely get screwed on the scorecards.

MMA is nowhere near as bad in this regard, but there are still some reasons why home field advantage should be considered.

When a crowd is overtly behind one fighter, this can make an impression on the judges.

We all know that Brazil is a rough place to visit as an away fighter. Looking at data from 2007 to 2013, Fightnomics showed that 74% of Brazilian fighters were victorious over foreign fighters on Brazilian soil.

While Brazilian crowds are renowned for creating a threatening atmosphere, I don’t think this is the only factor going against foreign fighters in Brazil. From what I’ve heard, many of the Brazilian arenas are extremely humid – which can come as a shock if you’re not acclimatized.

Humans are creatures of routine. Having to deal with a long flight, jet lag, a different language and unfamiliar cuisine can all be detrimental when preparing to fight in a foreign land.

A red flag isn’t always a deal breaker – I sometimes break my own rules, but I need good reason to do so. The reason could be a match-up where I don’t think the red flag will be a factor, or it could just be a great price where I’m willing to take a risk on a fighter that I don’t favor outright.

That said, these red flags come from first hand experience and all of them have cost me money.

You learn more from a loss than from a win. This is just as true for fighting as it is for gambling.