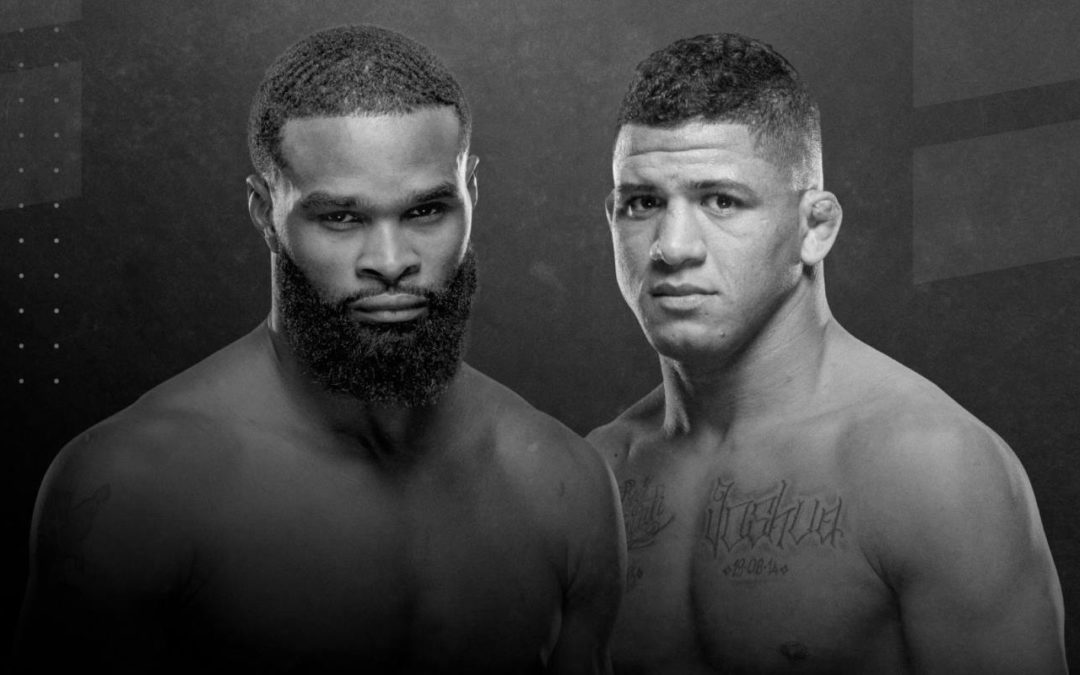 Here are my UFC picks for Fight Night 176, which takes place in the Apex facility in Las Vegas, Nevada. Some of the bets I made have lost value because it took me a few days to get round to writing this article, but hopefully the write-ups still provide utility.

A smooth and flashy kickboxer, Chris Gutierrez is a pleasure to watch. He throws plenty of spinning techniques and likes to attack with his lead leg, but his low kicks are his bread and butter. His hands are sharp too, although he primarily throws single shots and not combinations.

When given room to maneuver, Gutierrez usually finds his groove and starts teeing off with low kicks. However, he looks far less comfortable when you crowd him out – as we saw in his last bout against the tenacious but unrefined Geraldo de Freitas.

Vince Morales is far more boxing-centric in his approach. He looks excellent when applying pressure and throwing combinations to the head and body.

Curiously, Morales tends to pressure in bursts. He lands clean shots when cutting off the octagon and moving forward, but will then relax and hang in open space until he’s ready for another blitz.

In this match-up, it’s essential Morales doesn’t spend too long in kicking range, because his lead leg will get destroyed if he does. So long as he’s able to apply consistent pressure in the style of Justin Gaethje or John Lineker – I feel this is Morales’ fight to lose.

It’s also worth noting that the Apex facility uses a smaller octagon, which should favor Morales.

Provided he fights to his strengths, I like Vince Morales at underdog odds.

There are few men as tough and resilient as Bulgaria’s Blagoy Ivanov. After being stabbed in the heart during a bar fight and spending some time in a medically induced coma, Ivanov returned to mixed martial arts and eventually found himself in the UFC.

Despite his judo and sambo accolades, we don’t see Ivanov lean on his grappling much. I suspect this is because offensive wrestling is so draining on the cardio of such a large man.

While the Bulgarian is very flat-footed, he has a sharp straight left and right hook. He also counters effectively.

At distance, Sakai has a varied arsenal and I suspect he’ll find success with inside low kicks and perhaps right kicks to the body of Ivanov (who stands southpaw). Sakai is also the more skilled clinch fighter, which makes it awkward for Ivanov to maintain his preferred boxing range.

We saw Sakai struggle with the footwork of Andrei Arlovski, but that shouldn’t be an issue here.

The main concern I have with Sakai is that he forgets to attack with all eight limbs and instead gets lured into a boxing match.

With all factors considered, I feel there is a bit of value on Augusto Sakai around pick ‘em odds.

Tyron Woodley is often described as an explosive wrestler with a huge right hand. This is true, but fans neglect to mention how brilliant he is at setting up the right hand.

He faked low and came over the top to drop Robbie Lawler and successfully countered the jab of Darren Till to send him crashing to the canvas.

Woodley is a very intelligent fighter – even though he doesn’t always sound like it in interviews!

Coming off a long layoff at 38-years-of-age is not ideal, but it sounds like he’s motivated to make a few more big paydays before wrapping up his career.

He was thoroughly dominated in his last fight against Kamaru Usman, but that was a disastrous match-up. I feel that he matches up much better against former lightweight, Gilbert Burns.

A world class jiu-jitsu player, Burns does his best work on the mat – but I’d be shocked if he was able to take down one of the best wrestlers in the UFC. Instead, Burns will have to rely on his kickboxing – which has improved dramatically under the tutelage of Henri Hooft over the years.

Burns throws powerful combinations and is generally a solid striker, but he likes hanging in open space and leaves himself open defensively. I think sooner or later, Woodley will find an opportunity to land that right hand.

Interestingly, Burns is a teammate of Kamaru Usman and the two have strategized extensively before this bout. Burns could have success in the clinch against Woodley (like Usman did), although that isn’t really his style.

I like Tyron Woodley as an outright pick, but I’m not rushing to go and bet him at -190.

Plays for UFC 250 are up at MMA Oddsbreaker Premium.