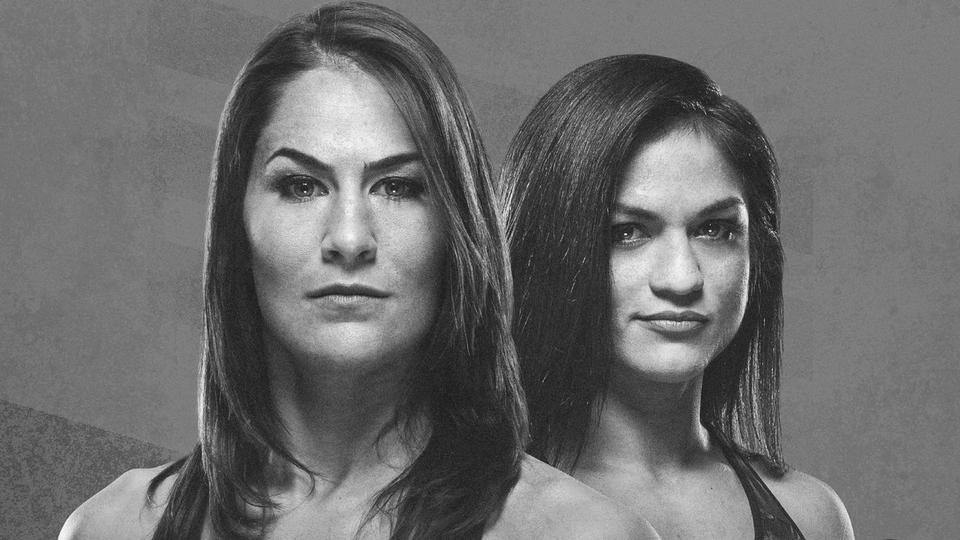 Last weekend I broke even with my tracked UFC picks, although I made a nice profit live betting Devin Clark after the first round.

I want to keep momentum rolling this weekend as Jessica Eye and Cynthia Calvillo headline in the Apex. Here are my main card breakdowns for UFC on ESPN+ 30.

Having dropped his last three fights in a row, Mark De La Rosa will likely get his walking papers if he takes another loss.

The Texan has some good qualities to his game as well as some major holes.

His boxing in the pocket is crisp, although he doesn’t have much steam on his shots. We typically see him get out-struck by more dynamic opponents.

De La Rosa will benefit from the small octagon in the Apex facility, since he’ll be the one looking to close the distance.

Despite possessing a black belt in jiu-jitsu, he’s only a threat when he’s the one in a dominant position. He doesn’t look particularly great off his back and he’s not a skilled offensive wrestler.

In fact, De La Rosa’s takedown accuracy is only 15%, which doesn’t bode well against an athletic opponent with a high school wrestling background.

This isn’t to say De La Rosa can’t pull an opportunistic submission out of thin air or perhaps secure a back take from a standing position (he attempted this against Kai Kara France), but I think he’ll struggle to get Jordan Espinosa to the mat using conventional takedowns.

Espinosa is not a world beater, but he poses problems with his speed, lateral movement, length and unorthodox attacks.

By constantly switching stances and mixing up his punches and kicks, I think Espinosa will out-fox the more rudimentary and boxing-centric De La Rosa.

So long as Jordan Espinosa can navigate the smaller octagon and avoid getting put on his back, I think he cruises to victory.

I cashed a nice ticket on Charles Jourdain as a wide underdog against the powerful but overrated Choi Doo-ho in his last fight. While his performance as the away fighter in Korea was commendable, it doesn’t hold much stylistic relevance to this fight.

Jourdain is a solid kickboxer. I feel his kicks are more dangerous than his punches, but he’s effective when blitzing forward with boxing combinations too.

The big hole in his game is his takedown defense, which may or may not be improving at 24-years-of-age. This shortcoming was evident in his regional footage and he was easily taken down and controlled by Desmond Green in his UFC debut.

Team Alpha Male’s Andre Fili would be wise to lean on his grappling in this contest, although he’s fallen in love with his striking recently.

To his credit, Fili has improved by leaps and bounds over the past few years on the feet.

He was once unrefined and scrappy, but now fights well behind his jab and picks his shots intelligently. His finishing sequence against a high level striker in Sheymon Moraes was spectacular.

Against Sodiq Yusuff, Fili mixed up his striking and his wrestling throughout the contest. I’d expect him to do something similar in this match-up.

It’s crazy that Ray Borg is only 26-years-of-age, because he’s a former title challenger and it feels like he’s been around for decades.

Primarily known as an elite wrestler and scrambler, Borg showed off some improvements with his boxing in his last fight. His hands looked blisteringly fast as he landed shots to the body and head of Ricky Simon.

While the striking was competitive, Simon was the stronger wrestler and was able to secure takedowns with relative ease on the former flyweight.

I don’t like relying on MMA maths, but Merab Dvalishvilli firmly out-wrestled Ricky Simon when they fought a few years ago.

Hailing from Georgia, Dvalishvili draws on his sambo and judo background in order to toss UFC competitors around the cage like ragdolls. For an extremely physical fighter with explosive power, Dvalishvili has an endless gas tank – which is a major problem for most opponents in the bantamweight division.

The Georgian is not the most fundamentally sound striker. He comes forward with a random repertoire of attacks, but that doesn’t necessarily matter when his opponents are constantly terrified of the next takedown attempt.

We might see a competitive first round, but I think the physicality, pace and wrestling onslaught from Merab Dvalishvili will be the difference over fifteen minutes.

Kings MMA is famous for turning high level grapplers into lethal kickboxers. Like Rafael Dos Anjos, Fabricio Werdum and Beneil Dariush before him, Marvin Vettori has developed into a skilled pressure fighter with fluid boxing and precise counters.

The Italian might be smart to revert to his grappling skills in this bout. Vettori has a brown belt in jiu-jitsu and you can witness his grappling prowess if you skip back to his old fights in Venator FC.

Whether he opts to box or wrestle, Vettori will benefit from the smaller octagon in the Apex facility.

One of the interesting dynamics of this fight is the southpaw versus southpaw match-up. Against a southpaw opponent in Cezar Ferreira, we saw Vettori absorb a number of flush outside leg kicks – and Karl Roberson kicks a lot harder than Ferreira!

In fact, Roberson’s last fight was against a southpaw in Roman Kopylov and he won the fight primarily with outside leg kicks.

Roberson is not the most fluid boxer, but he fires the straight left like a piston and times his counters well.

While I give Roberson a slight edge on the feet, his takedown defense and ground game have been problematic in the past. Perhaps training with Cory Anderson on a regular basis will produce improvements, but I’ll believe it when I see it.

I’ll side with Marvin Vettori as an outright pick, but I’d need to be more confident to play him at -210.

After a failed title bout against Valentina Shevchenko, Jessica Eye returned to winning ways against Vivianne Araujo in her last fight.

Once primarily known as a boxer, Eye mixed up her punches and kicks effectively against the Brazilian. Although she was taken down in the contest, Eye prevented Araujo from establishing a dominant position and was able to get back to her feet.

Since moving to Las Vegas in early 2019, Eye looks to have evolved.

Eye is the superior striker in this main event and I think she can have success attacking the lead leg of Cynthia Calvilo (as Cortney Casey did).

She needs to time her kicks intelligently and not throw the front high kick, because Calvillo is adept at catching kicks and converting them into takedowns.

Moving up to the flyweight division, Calvillo is the smaller fighter and inferior striker. Getting the fight to the mat will be imperative for her.

While not a world class wrestler, Calvillo does time her takedown entries well.

On the mat, Calvillo applies lots of top pressure and is excellent in transitions. While she’ll likely score takedowns and could dominate positionally – I’m not convinced she’ll put Eye away.

Most of Calvillo’s submissions have been against non-grapplers and Eye seems to be improving in that department.

This is a five round fight and every round starts on the feet. Whenever the fight is vertical, I believe Calvillo will be taking damage – which will make it more and more difficult for her to secure takedowns as the fight goes on.

There are weight classes for a reason. I like the striking acumen and physicality of Jessica Eye in this main event.