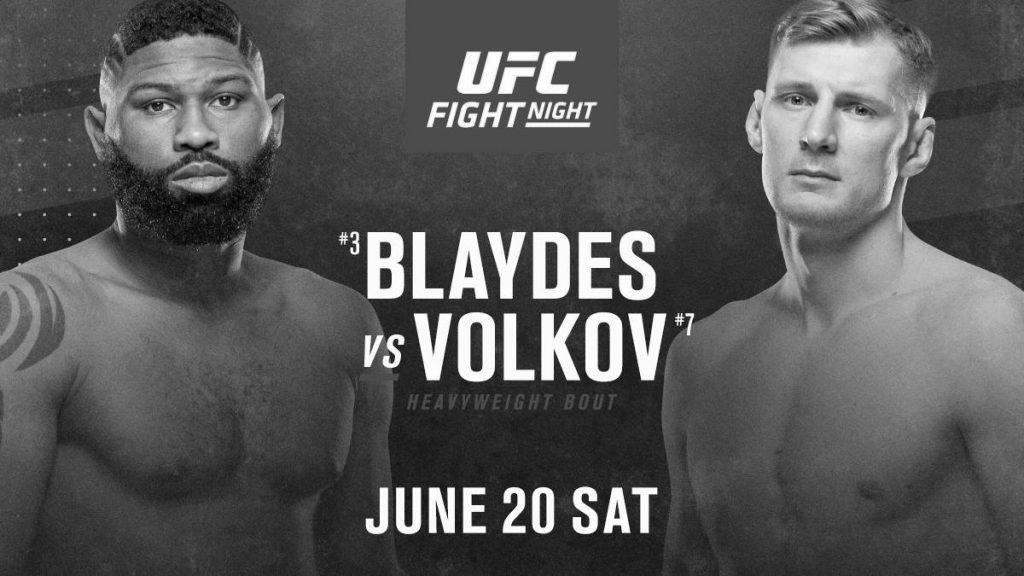 After a small profit on my UFC picks last weekend, I’m back on the hunt for cash as Curtis Blaydes and Alexander Volkov headline in the Apex. UFC on ESPN 11 looks like an entertaining card and I feel there are some good betting spots as well.

Fighting out of Roufusport MMA, Belal Muhammad is one of the most well-rounded competitors in the welterweight division. There is nothing about his game that stands out, but he’s competent in every facet and will fight tooth and nail for victory.

While somewhat hittable, Muhammad is a solid boxer and I expect him to strike during the early stages of the fight. Sooner or later, he’s likely to shoot takedowns because he presumably has his biggest advantage on the mat.

He’s been able to take down and dominate non-grapplers like Takashi Sato and Curtis Millender, but struggled to get his wrestling going against the supremely athletic Geoff Neal.

I don’t believe Muhammad will have success wrestling against the cage in this bout – I think his best bet would be to shoot the double leg in open space. Whether he’s successful or not will probably depend on the timing of his entries.

Lyman Good needs to be careful not to get wild and over-extend on punches, or Muhammad could duck underneath and put him flat on his back.

Good is the more powerful and precise striker in this match-up. He also has nasty dirty boxing in the clinch, which is exactly where Muhammad will end up after failed takedown attempts.

We saw Good get thoroughly dominated in the grappling department by Demian Maia, but that doesn’t hold much relevance here. Maia is the type of jiu-jitsu wizard that can effortlessly turn a single leg takedown attempt into a rear-naked choke submission – Muhammad just isn’t at that level.

If Good’s takedown defense holds up, I believe he will land the more meaningful and eye-catching strikes. That said, he puts steam on every punch and Muhammad is the type of cardio athlete who can produce consistent output for fifteen minutes with ease.

A scenario where Muhammad simply outlasts Good wouldn’t be surprising to me.

I could see this fight going either way, but I feel the value is on Lyman Good as the +130 underdog.

Standing 6’1 as a lightweight, Roosevelt Roberts has a height and reach advantage over most competitors in the division. He has an excellent understanding of distance and fires crisp straight punches down the pipe, but can be backed up against the fence at times.

The young prospect is also a skilled grappler, although I feel his offensive wrestling is better than his takedown defense.

Roberts has just fought two southpaws in a row, which should help him in preparing for Jim Miller.

A grizzled veteran, Miller first debuted in 2005 and can still hang at the elite level at 36-years-of-age. He’s a bit of a front runner and tends to slow down as fights progress, but his well-rounded skill set makes him a difficult opponent for any lightweight to face.

I’ve always felt Miller was underrated as a boxer. He has a sharp left hand and decent counters.

That said, Miller’s jiu-jitsu is his best skill. He’s one of the best back takers in the sport and also has a lethal guillotine.

I think Roosevelt Roberts probably has to weather an early storm, but will prevail over three rounds.

As the oldest female fighter on the roster, Marion Reneau is still giving a good account of herself inside the octagon.

“The Belizean Bruiser” is a solid boxer with nice slips and combinations, but her ground game is her best asset. She’s most dangerous from guard and can catch you in a triangle if you’re careless, although she’s also susceptible to being grinded out by wrestlers with good top control.

Reneau’s wrestling is the weakest part of her game (particularly defensively), which leaves her unable to dictate where the fight takes place.

A well-rounded competitor, Raquel Pennington is competent in every facet of mixed martial arts. Her striking is quite basic in open space, but she often finds success in the clinch (even though this is where she was dominated in her last fight against Holly Holm).

Pennington has some nice trip takedowns and is savvy on the mat. I doubt she will be able to submit a skilled black belt like Reneau, but she could rack up control time in order to win rounds.

I’m siding with Raquel Pennington because she has more ways to win, but I don’t think there is much value at -135.

Standing 5’11 with a 75-inch reach, Shane Burgos is humongous for the featherweight division. Interestingly, he doesn’t fight long and actually does his best work in the pocket with powerful combinations and counters.

A long-term pupil of Tiger Schulman, Burgos has plenty of offensive firepower. On the defensive end, he has some shortcomings.

Burgos fights with his hands low, presumably in order to dig for underhooks against grapplers. That’s all well and good, but he’ll be facing the hardest puncher of his career this weekend and cannot afford to eat flush right hands on the chin.

Josh Emmett does not have the same offensive fluidity as his opponent, but he has good footwork and destructive power in his punches.

I think Emmett may struggle to win rounds since his output is significantly lower, but that doesn’t mean he can’t find the perfect opportunity to land a precise hook or overhand and turn Burgos’ lights out.

Even though Emmett has a wrestling background, we don’t often see him use it. Burgos has solid takedown defense, so we’re probably in for a striking battle.

This is a tough fight to call. I would say Shane Burgos winning a decision is the most probable outcome, but I wouldn’t be surprised if he got knocked unconscious either.

I think this is a terrible match-up for Alexander Volkov.

The Russian giant is a skilled out-fighter, but doesn’t always use his height and reach as well as he should. If you can close the distance on him, he is defensively vulnerable in the pocket.

Volkov has looked good against other strikers in the UFC, but I’m not sold on his takedown defense. He conceded multiple single leg takedowns against Fabricio Werdum and will be facing a fantastic wrestler this weekend in Curtis Blaydes.

A gifted athlete with a granite chin, Blaydes loves to put opponents on their backs and throttle them from top position. The small cage plays to his skills here, since Volkov will have less room to maneuver.

Blaydes’ striking is still a work in progress, although he looked pretty good on the feet against Junior Dos Santos. I suspect Dos Santos was somewhat tentative due to the looming takedown threat.

I expect Curtis Blaydes to comfortably win this main event with takedowns and ground strikes. I don’t mind his -360 moneyline if you’re looking for a parlay piece.