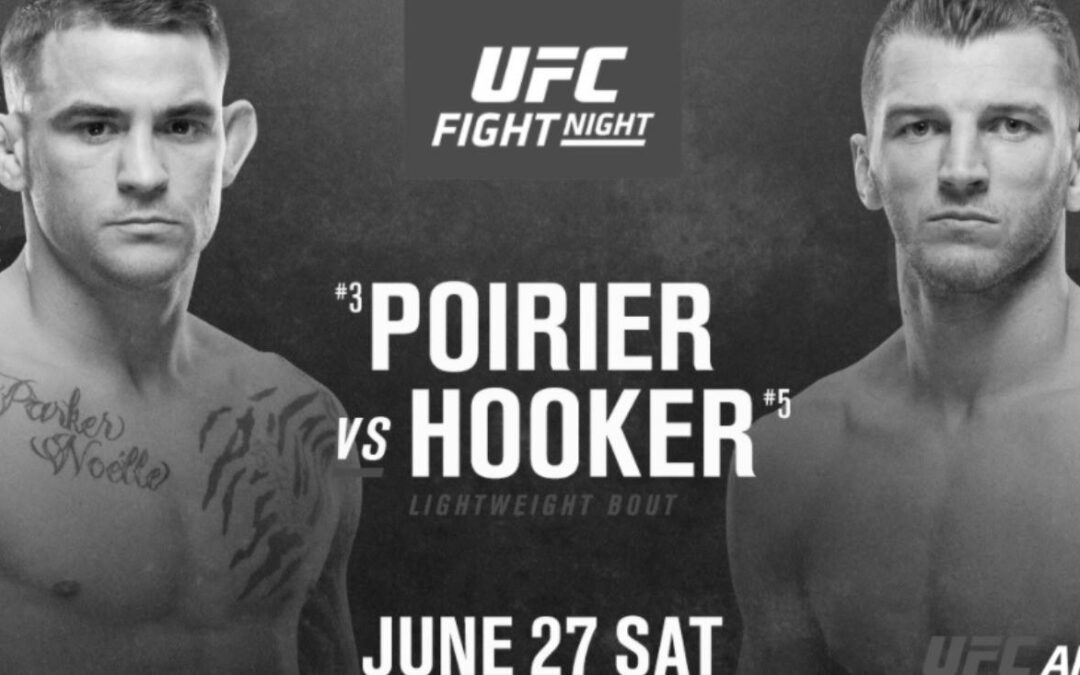 Last week, my UFC picks generated 4 units of profit and I’m looking to keep the positive momentum rolling this weekend. UFC on ESPN 12 isn’t a great fight card, but smaller cards like this often have the best betting spots. Here are my main card breakdowns.

This fight is going to be a sloppy brawl.

Maurice Greene is a kick-centric striker with plenty of offensive firepower, but there isn’t much structure to his game. He throws lots of naked kicks and over-extends on punches, which leaves him defensively vulnerable.

His lack of boxing defense is the main reason I bet Sergei Pavlovich against him last year, and I cashed a nice ticket when he got knocked out in the first round.

I’m not sure whether this weakness will come into play this weekend.

One could describe Gian Villante as a boxer because he primarily attacks with his hands, but there is a gulf in glass between him and Pavlovich.

Villante is slow and plodding, but can cause damage if you stand right in front of him. He also has an atrocious gas tank, although that might have improved now that he’s not cutting weight in the heavyweight division.

I suspect Villante will be too slow to close the distance and mount offense with his hands, but perhaps the smaller octagon in the Apex facility will benefit him?

I have to side with the taller, longer, more dynamic kickboxer in Maurice Greene, but I would not consider betting him at -220.

When Brendan Allen steps inside the octagon, we already know the game plan. He’s looking to close the distance as fast as possible, execute a trip takedown from the clinch and advance to a dominant position so that he can choke you unconscious.

This strategy has worked just fine in his first two UFC fights, although he received some compliance from both opponents. Kevin Holland decided to take Allen down, which got him reversed and submitted, and Tom Breese inexplicably tried to take Allen’s back, which landed him in bottom position where he was finished with ground strikes.

Sooner or later we’re going to see someone shut the iron gate on Allen’s offensive grappling and beat him up on the feet, but I don’t think it will be this weekend.

UFC newcomer, Kyle Daukaus, is taking this fight on short notice and it sounds like his training situation is a mess.

While he’s a bit slow and lumbering, Daukaus is the more technical kickboxer in this match-up. However, I don’t think the fight will take place on the feet.

Daukaus can be taken down and is content to fight off his back, which won’t be a good look against Allen.

In addition to his crafty guard game, Daukaus has some dangerous front chokes – but overall I feel that Allen is the more complete MMA grappler and superior athlete.

There could be some sketchy moments for Brendan Allen, since he sometimes sacrifices positions to go for submissions, but it’s hard to pick against him in this spot.

With no disrespect intended, I’m not high on Mickey Gall as a fighter.

He’s a skilled grappler when he’s the one in a dominant position, but I don’t rate the other aspects of his game.

His cardio is questionable, his kickboxing is underwhelming and I don’t think he has the offensive wrestling to complement his jiu-jitsu skills.

I’m struggling to see a path to victory for Gall.

Could he land the more eye-catching shots on the feet for three rounds? Possibly, but I don’t think he manages distance well enough to stop Mike Perry from working his way inside and cracking him.

Perry might be a bit unhinged, but the guy is a proficient striker with thunder in his fists. He’s coming off a tough loss to Geoff Neal, but should’ve beaten Vicente Luque on the scorecards and he looked good against Alex “Cowboy” Oliveira.

So long as Mike Perry fights to his strengths, he should win comprehensively.

Dan Hooker doesn’t endear himself to the fans, but who cares? The guy is one hell of a fighter.

Even though I lost money on his last fight, I admire Hooker’s skill set and I’m glad he’s got this main event opportunity.

A long and rangy striker, Hooker manages distance excellently – picking opponents apart from the outside and sliding just out of range to avoid return fire.

The New Zealander fights well behind the jab, although I wonder whether this will be stifled against a skilled southpaw boxer?

He also fires a deadly knee down the middle to deter opponents from closing the distance and has ferocious leg kicks too.

Interestingly, we saw Hooker hammer outside leg kicks against an orthodox opponent in Al Iaquinta – but he didn’t go for inside leg kicks whenever Iaquinta stood southpaw.

I’m sure Hooker will have watched Justin Gaethje’s fight against Dustin Poirier, where Poirier’s inner thigh was decimated in an orthodox versus southpaw match-up. By attacking Poirier’s lead leg, this will remove some zip from his power left hand as well as compromise his movement so that he’s unable to enter the pocket as easily.

Poirier is unambiguously the more talented boxer, but all of the opponent’s he’s beaten on the feet have been boxing-centric. He should have a significant advantage in the pocket, but we don’t know how he’ll cope against a rangy kicker.

It’s possible that Poirier opts to grapple, but I’m reliably informed that Hooker is difficult to take down as well as hold down. If you look at the defensive grappling skills of Israel Adesanya and Brad Riddell, this shouldn’t be hard to believe.

I do think that Poirier is the better athlete and will probably have a cardio advantage if we see the later rounds.

I can see this fight going either way, but I definitely feel that Dan Hooker is being disrespected at +175.