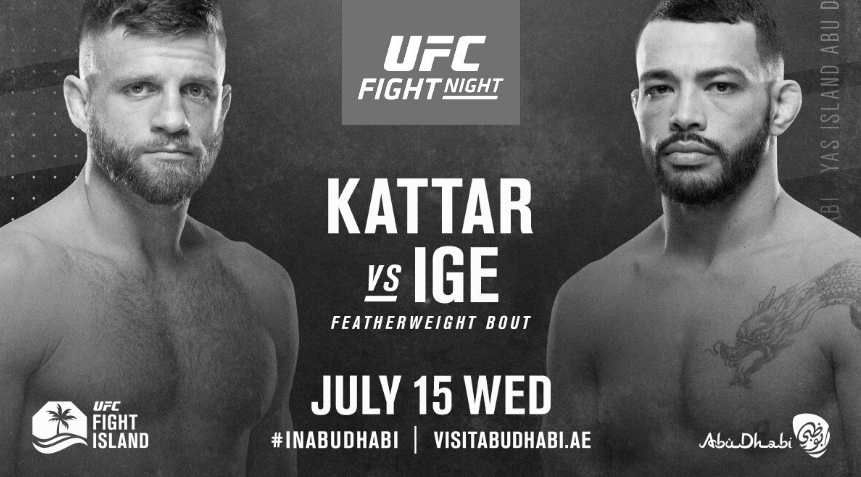 I’m coming off a stellar weekend where I won 5.2 units and I’m looking to keep momentum rolling.

This week we’re blessed with two fight cards, starting with UFC on ESPN 13 on Wednesday night. Here are my main card UFC picks for this event.

With his legal troubles behind him, Abdual Razak Alhassan makes his long awaited return to the octagon.

The heavy-handed Ghanaian is anything but a point fighter. He likes to throw hard calf kicks at distance, but his main goal is to work his way inside and blast opponents into outer space with hooks and uppercuts.

Considering his fighting style, you’d never know that he has an extensive background in judo!

His striking may not be the most technical, but you can’t question the efficacy. All of his career victories have come by way of first round knockout.

The one time Alhassan went out of the first round, he lost a decision to Omari Akhmedov. I don’t think Alhassan has a cardio problem, but he might be a bit of a front runner – which is often the case with fast twitch, explosive athletes.

I doubt we’re going to see many technical refinements from Alhassan at 34-years-of-age. I expect him to come out hard and aggressively against Mounir Lazzez, who is a UFC debutant.

A resident of Dubai, Lazzez is only a short drive away from Abu Dhabi – so at least he gets to make his UFC debut in comfortable surroundings.

Standing 6’2, Lassez has an excellent frame for the welterweight division.

He fires a clean 1-2 and has good low kicks and front kicks. He will also time a sneaky knee down the middle to punish shorter opponents when they close the distance on him.

Defensively, he has some major holes – which is a big problem against an opponent with destructive knockout power.

I think the fight will start competitively, but I don’t think Lassez has the ability to keep the shorter Alhassan at bay. Sooner or later, I think the UFC newcomer gets cracked and finished by a thunderbolt in the pocket.

That said, things could get interesting if Lassez is able to weather the early storm and make it out of the first round – his cardio looks decent over fifteen minutes.

So long as he’s not rusty, I think Abdul Razak Alhassan adds another spectacular knockout to his highlight reel.

Since getting submitted by Gilian Robertson in her UFC debut, Molly McCann has worked diligently on her wrestling and ground game. Formerly known as a boxer/brawler, “Meatball” desperately needed to round out her skill set and she’s done so.

Against both Ariane Lipski and Diana Belbita, McCann’s takedowns and top control helped her to win decision victories.

McCann will stand and bang initially, but I expect her to start wrestling within a few minutes.

We saw Taila Santos controlled against the fence and taken down by Mara Borella, so this would represent the most obvious path to victory for the English fighter.

On the feet, I give Santos the advantage. She’s the more dynamic Muay Thai striker and will look to mix up her offense against an opponent that attacks primarily with her hands.

A lot of McCann’s punches come from wide angles, whereas Santos is much more accurate and deliberate.

The Brazilian seems competent in the clinch, so look for her to punish failed takedown attempts with knees and elbows when the two fighters are entangled.

With a gun to my head I’ll side with the more complete mixed martial artist in Molly McCann, but I’m not confident in the slightest.

I was impressed by how Cody Stamann looked in his last fight, particularly because he was dealing with a family tragedy at the time. Against the durable and tenacious Brian Kelleher, “The Spartan” was one step ahead all night.

Stamman is a difficult guy to hit and I particularly enjoy his footwork, feints and counters. He’s also a strong wrestler, although I don’t think that will matter against an opponent with outstanding takedown defense like Jimmie Rivera.

Even though he’s on a three-fight losing streak, Rivera has been facing elite competition. He gave Petr Yan a serious run for his money, but conceded knockdowns at the end of the first two rounds – which cost him the fight.

Rivera is a skilled striker. He has a crisp jab, good combinations in the pocket and is adept at attacking the lead leg – which could come in handy against another boxing-centric opponent in Stamann.

Rivera has a 4-inch reach advantage, but that may be rendered irrelevant since Stamann is the superior counter-puncher.

The fight is to be contested at featherweight, which I would assume favors the larger athlete in Stamann.

I’m siding with Cody Stamman because I like his defensive awareness and counters, but I could see this fight going either way. I’ll be interested to see the prop lines, because we’re likely to see the scorecards in this one.

This ethos was evident in his last fight against Brandon Royval, where he relentlessly hunted submissions until he was finished himself. His gas tank looked particularly bad in that performance, although I believe it was due to his inadequate training situation during lockdown.

On the feet, Elliott is awkward and hittable. He’ll be facing an opponent with legitimate knockout power, so getting the fight to the ground is imperative.

Elliott likes to get opponents to the mat using trips and throws from the clinch. Once the fight is horizontal, he tends to give up positions while chasing submissions – which isn’t the worst idea if you consider that bonus money is his number one priority.

Ryan Benoit lacks a bit of finesse on the feet, but he throws powerful straight punches and thudding body kicks. I feel like he could use more combinations and maintain a higher output, but he should have more than enough firepower to win a kickboxing match with Elliott.

Despite his background in wrestling, Benoit’s takedown defense has always been shaky. However, he’s a difficult guy to hold down for prolonged periods and it sounds like he’s been working on his ground game with the legendary John Danaher and will have Gary Tonon in his corner.

Takedowns and positional control would represent Elliott’s easiest path to victory, but he’s just not that type of grappler. Lay and pray isn’t usually a viable path to victory at flyweight, since the body mechanics are completely different to the heavier weight classes.

Unless he gets submitted early, I believe Benoit should have plenty of opportunities to scramble back to his feet and dish out damage.

I like Ryan Benoit as the underdog in this fight. I would cap him as a moderate favorite.

Calvin Kattar is one of the most sophisticated boxers in the UFC. He makes the most out of his rangy frame and throws 1-2 and 3-2 combinations with effortless precision.

“The Boston Finisher” is superb at making reads and capitalizing on openings. The uppercut he landed on Shane Burgos and the elbow he landed on Jeremy Stephens are both good examples of this.

To his detriment, Kattar is somewhat of a slow starter and has shown a susceptibility to low kicks.

On paper, he matches up well against Dan Ige.

While he doesn’t have the same finesse as his opponent, Ige is a skilled pocket boxer and will fight to the death for your money.

Ige is also a jiu-jitsu black belt with a strong top game, but I doubt he’ll be able to secure takedowns in this contest. Kattar is primarily a striker, but has a high school wrestling pedigree that he leans on for defending takedowns.

I’ve seen the Hawaiian throw low kicks here and there, but they aren’t particularly impactful.

We’re probably looking at a boxing match with 4oz gloves, and I love Calvin Kattar in that type of fight.

Plays are available at MMA Oddsbreaker Premium and I have a 2 for 1 deal on this week’s packages.