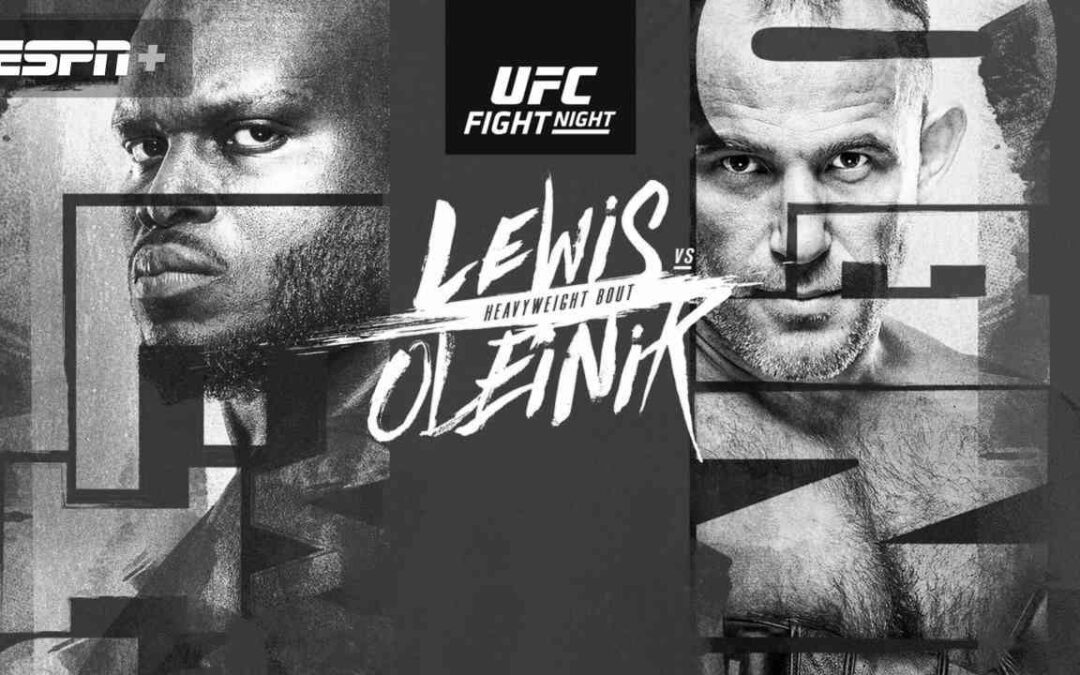 I’m coming off a small loss, which sucks, but I feel excited about my action this weekend. UFC Fight Night 174 looks like an entertaining card and I have quite a few units risked.

Here are my UFC picks for the main card.

With a black belt in both Muay Thai and BJJ, Beneil Dariush is an excellent martial artist. Fighting from the southpaw stance, he controls distance well and has a devastating body kick that he uses against orthodox opponents.

Dariush has an elite ground game and is renowned as one of the best back takers in the sport. If he can secure the body triangle, it’s nearly impossible to escape.

No one can question the technical ability of Dariush, but he has some physical shortcomings.

He’s not a top tier athlete and tends to slow down in fights. His durability is also highly questionable.

Dariush was one of the wrong side of two of the worst knockouts I’ve ever seen and he got rocked badly in his contest against Drakkar Klose (a fighter with minimal power in his hands).

I could see Dariush securing a back take from a standing position and ending the fight early, but I don’t think he’s going to enjoy getting pressured by the tough and relentless Scott Holtzman.

While he lacks a bit of finesse, Holtzman is extremely durable and has good cardio. Despite being 36-years-of-age, he’s significantly younger in fight years and doesn’t have a huge amount of mileage on his body.

Holtzman has solid takedown defense and throws with venom in the pocket. If he can cut off the cage effectively and get in Dariush’s face, I think he’s got a good chance of knocking him out.

One would assume that the small cage in the Apex facility favors Holtzman.

You can make an argument for both fighters, but I think the value is with Scott Holtzman at +135.

If you want to watch an outrageous bloodbath, I implore you to check out Julija Stoliarenko’s fight against Lisa Verzosa in Invicta FC. To say that Stoliarenko is a savage would be an understatement.

The Lithuanian fighter has a 3-0 record in the brutal sport of Lethwei, also known as The Art of Nine Limbs.

In case you’re wondering why there is an additional limb in Lethwei compared to Muay Thai – head butts are actually legal in the sport! Hopefully she won’t try to pull one off in this MMA fight.

Stoliarenko puts steam into her shots and has a nasty lead elbow, but she’s very flawed defensively. I don’t think she’s much of a wrestler either, although she does have numerous submission victories on her record and her favorite technique is the armbar.

In fact, the Lithuanian fighter will often pull guard in search of the armbar – which is a huge red flag at the UFC level where you can easily give away rounds with your opponent on top of you.

Stoliarenko will be taking this fight on short notice, but it sounds like she’s been training hard in anticipation of such an opportunity – so I don’t expect her to be out of shape.

Yana Kunitskaya is the more well-rounded martial artist and I can see multiple paths to victory for her. Initially, I expect her to stay light on her feet and attack from the outside with jabs, teeps and low kicks.

It’s essential Kunitskaya doesn’t get lured into a brawl, but she has a solid clinch and ground game if that starts to occur.

The Russian fighter has good throws from the clinch and I don’t think she’ll receive much resistance to her takedown attempts. I believe she can ride out rounds in top position – she just needs to be aware of the submission attempts (Stoliarenko is very active off her back).

So long as she fights intelligently, it’s hard for me to see Yana Kunitskaya losing.

I wasn’t high on Darren Stewart when he first entered the UFC, but he’s made clear improvements since then.

The Englishman isn’t the most fluid striker, but he has a good right hand, powerful elbows in the clinch and chopping leg kicks. I can see the leg kicks being a useful weapon on Saturday against a boxing-centric opponent.

Stewart is blessed with natural power and an iron chin. This combination allows him to change the complexion of a fight in an instance, as we saw in his victory over Charles Byrd where he was out-matched in terms of skill.

I don’t rate Stewart’s grappling ability, but it probably won’t come into play in this contest.

Hawaiian fighters are known for their tenacity and aggression, and Maki Pitolo is no different. Primarily a boxer, Pitolo likes to work his way inside and unleash hell in the pocket.

We actually saw Pitolo finish an opponent in The Contender Series with body strikes at short range, which is a testament to his power.

It will be interesting to see how Pitolo approaches this fight, because he’s nowhere near as durable as Stewart. Pitolo has suffered a couple of bad knockout losses in his career and it wouldn’t make much sense going blow for blow with another heavy puncher.

That said, Pitolo isn’t a sophisticated out-fighter, so he may have no choice but to bite down on his gum shield and wade into the fire.

Pitolo used to fight at welterweight and looks a little undersized as a middleweight.

I have to side with Darren Stewart because of his size, power and durability, but I’m not in love with his -185 price tag.

Former UFC champion, Chris Weidman, is on a rough run of form. Now 36-years-of-age and with numerous knockout losses on his record, I suspect Weidman will think about hanging up his gloves sooner rather than later.

That said, he’s been facing the cream of the crop since he took the belt from Anderson Silva in 2013. Getting knocked out by beasts like Yoel Romero and Dominick Reyes is hardly a sign that you can’t compete anymore.

Even in defeat, you can take positives away from his performances – particularly his fight with Ronaldo “Jacare” Souza where he won the first two rounds before getting finished in the third.

Weidman possesses a 4-inch reach advantage and I expect him to fight behind his jab. His straight punches are his best weapons, but he also throws the occasional uppercut and knee down the middle – which might be useful against a shorter opponent who tends to dip his head.

I also believe Weidman can score takedowns in this fight. The New Yorker has excellent single and double leg takedowns and is a savage from top position.

If he can advance to mount, I could see a TKO due to ground strikes or potentially a rear-naked choke as his opponent tries to escape the onslaught.

Omari Akhmedov is far more crude in his skill set. He throws big looping shots and powerful leg kicks, but overall his striking game is unremarkable.

Fighting with a reach disadvantage, I suspect the Russian fighter will primarily look to counter – which could result in a tentative affair on the feet.

Akhmedov does have a good double leg, but I doubt he can get the fight to the floor on his terms. He’s far more likely to get taken down himself.

It’s worth noting that Akhmedov is a former welterweight and will be fighting a full-sized middleweight, so there is the potential for him to get out-muscled.

The biggest advantage for Akhmedov is his chin. You could probably drop a piano on his head and he wouldn’t even flinch!

While he throws with heat, the Russian is not a single shot knockout artist – so it’s not a guarantee that he’ll put Weidman away if he lands clean.

I like Chris Weidman in this match-up and I think there is value at -110.

When it comes to fighters that are difficult to handicap, Derrick Lewis is at the top of the list. “The Black Beast” consistently loses rounds, yet finds ways to win fights.

While severely under-skilled at the UFC level, the random knockout threat is more pertinent with Lewis than with any other fighter.

As always, Lewis will be looking to load up and swing for the fences. If he lands a flush right hand, the fight is likely a wrap.

While his takedown defense sucks, Lewis is usually able to power his way back to his feet – and he often gives up his back while doing so. This got him submitted against Daniel Cormier and I could see a similar outcome against a lethal submission grappler in Alexey Oleinik.

The Russian fighter is out-gunned in open space, but he might be able to punch his way into the clinch without getting knocked out.

Oleinik has excellent upper body takedowns and is a beast on the mat.

If he can secure top position, don’t expect Oleinik to casually hang out in half guard and land short peppering shots. The Russian will look to advance positions and end the fight as quickly as possible – probably because he doesn’t have the cardio to fight hard for three or more rounds!

Fans tend to overlook Oleinik, who is 43-years-of-age, but he keeps showing up and winning as the underdog.

He might get brutally knocked out, but I believe the value is with Alexey Oleinik at +200.