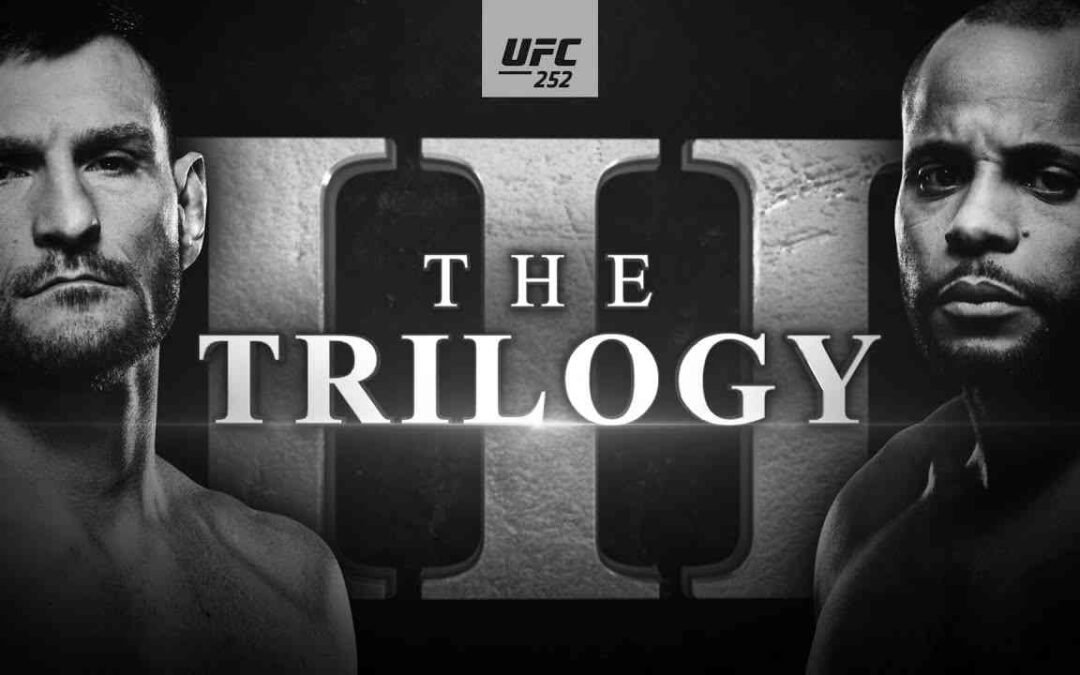 After a crappy start to the year, I’ve been making some profit lately and my long-term results are heading in the right direction. UFC 252 looks like a good event for betting and here are my breakdowns for the fights on the main card.

As we saw in the brief first encounter between these two light heavyweights – this fight is going to be a barn burner!

Moldova’s Ion Cutelaba comes from a Greco-Roman wrestling background, but is primarily known as a brawler/power puncher.

There isn’t a lot of structure to his striking, but he throws with heat and can definitely put your lights out if he connects cleanly.

He appears to be at a technical disadvantage in every facet of mixed martial arts, so I assume the game plan will be to wade forward and try to secure a knockout as soon as possible. “The Hulk” is dangerous in the first round, but has a tendency to fade thereafter.

I’m high on Magomed Ankalaev and believe he could be a future title contender.

The Dagestani is tremendously well-rounded and can fight effectively from either stance. He prefers fighting in the opposite stance of his opponent, so will probably come out southpaw just like in the first encounter.

Ankalaev is great at managing distance and will look to hammer the Moldovan with left body kicks and head kicks.

It’s essential that Ankalaev doesn’t stand and trade in the pocket. He’s been caught with his hands low a couple of times and he does not want to absorb a bomb at close range early in the fight.

If Ankalaev can secure top position, look for him to inflict damage. The Dagestani finished Wagner Prado with ground strikes in a Russian regional fight and I could see a similar outcome here.

Cutelaba does well at defending upper body takedowns (as you’d expect with his Greco-Roman base), but I think he’s susceptible to single and double legs. The Moldovan is durable, but he does not want Ankalaev on top of him at any stage in this contest.

So long as he doesn’t get caught by a haymaker in round one, I’m confident Magomed Ankalaed will rack up another win and continue his ascension in the light heavyweight division.

Coming from a judo and sambo background, Merab Dvalishvili has looked great in his UFC career thus far. Most explosive wrestlers are forced to fight in bursts in order to conserve energy, but Dvalishvili seems to have an endless gas tank – it’s remarkable!

While he’s been able to toss around most bantamweight competitors like ragdolls, we’re yet to see how he fares against an opponent who can stuff his takedowns and force him to contend on the feet.

The Georgian fighter throws a high volume of strikes, but his shot selection is very peculiar and he leaves himself open defensively.

At 35-years-of-age, John Dodson is a bit long in the tooth for a bantamweight, but he performed admirably in his last bout. By knocking out a highly touted prospect, Dodson reminded everyone that he can still hang with top tier bantamweights.

Even at this stage in his career, he’s faster than most competitors in the division. He likes to hang back and counter, but will also blitz forward with shots to the body and head.

A powerful southpaw, Dodson will double and treble up the jab before cracking opponents with a left hand that they didn’t see coming.

Dodson comes from a high school wrestling background and has defended 80% of takedowns in the UFC (albeit he primarily fought at flyweight). I don’t think Dvalishvili will have an easy time taking him down and will surely struggle to hold him down.

I could see a scenario where Dvalishvili throws more volume at range and out-hustles Dodson in the clinch, but the Georgian is unquestionably the inferior striker.

I expect the left hand of Dodson to land with impact. In the eyes of the judges, head strikes from Dodson are likely to carry more weight than the random repertoire of attacks from Dvalishvilli.

I have some concerns about his age and output, but I like John Dodson in this match-up and I think there is plenty of value at +160.

Former UFC champion, Junior Dos Santos, is still competing at the elite level at 36-years-of-age. He has an insane amount of mileage on his body and may have lost a step athletically, but his skills are still there.

The Brazilian has some of the best pure boxing in the UFC.

We’ve seen Dos Santos clown opponents with lateral movement and long straight punches in the past, and I’d expect a similar approach this weekend.

That said, Dos Santos is an underrated grappler with a black belt in BJJ. We usually see him grapple defensively, but this could be an ideal match-up for him to showcase his takedowns and submission skills.

Jairzinho Rozenstruik is far more raw as an MMA fighter, having fought the majority of his combat sports career as a kickboxer.

The Suriname native is not the most defensively sound combatant, but he has a great chin. I wouldn’t read too much into his loss against Francis Ngannou – that dude could probably knock out a silverback gorilla.

I expect Rozenstruik to go after the lead leg of Dos Santos and try to take away some of his movement. Rozenstruik is at a technical disadvantage at distance, but he throws huge bombs at mid-range and has a nasty check left hook.

The small octagon should play into the hands of Rozenstruik, who will be on a seek and destroy mission on Saturday night.

I think Jairzinho Rozenstruik may have a rough start to this fight, but sooner or later he’s going to find the kill shot. I managed to get some money on his opener at -110, but I wouldn’t be as inclined to bet him at -150.

I’ve been thoroughly impressed by Sean O’Malley’s recent performances. The rising bantamweight contender is a highly sophisticated MMA striker at only 25-years-of-age.

As brilliant as his recent performances have been, I still don’t have a solid read on his grappling skills and his cardio looked questionable in the past. We’re going to learn a lot about O’Malley this weekend, because he’s in for a serious test against a hard-nosed Ecuadorian that never takes a backward step.

While he lacks a bit of finesse, Marlon Vera makes up for it with brutality. “Chito” is invulnerable to pain and will happily walk through fire in order to create a dirty scrap on the inside.

I expect him to pressure relentlessly and try to drag O’Malley into the clinch, where he will unload with knees and elbows.

While Vera is mainly known as an opportunistic grappler, we saw him take Song Yadong down in his last fight and put in work from top position. This could be part of his game plan this weekend, particularly if O’Malley starts to tire from the pressure in the later rounds.

I feel like the value is with Marlon Vera at +250, although it might be wiser to live bet him after the first round. The Ecuadorian is renowned as a slow starter.

With the score set at 1-1, this trilogy fight will prove whether Stipe Miocic or Daniel Cormier is the baddest man on the planet

While Miocic possesses a significant height and reach advantage over his rival, he’s never been a master of the outside game. With the way both men fight, I think there will be plenty of carnage in the pocket yet again.

In the second encounter, Cormier was beating Miocic to the punch for the first three rounds. However, Miocic showcased excellent fight IQ in round four by switching things up and digging to the body.

These body shots opened up the head for Miocic to attack, and the fight was finished emphatically with Cormier laying crumpled on the canvas.

I suspect Miocic will go to the body much earlier in this third fight.

Is it possible Cormier could lean on his wrestling a little more this time around? Perhaps, but he’ll have to measure the risk and reward of shooting takedowns.

If he drains his gas tank with offensive wrestling, Cormier could be in a world of trouble with a heavy-handed opponent standing in front of him.

Win or lose, this is the last fight of Cormier’s career – so it’s hard to know where his head is at during preparations.

I like Stipe Miocic in this main event and I think he reclaims his belt with another TKO finish.