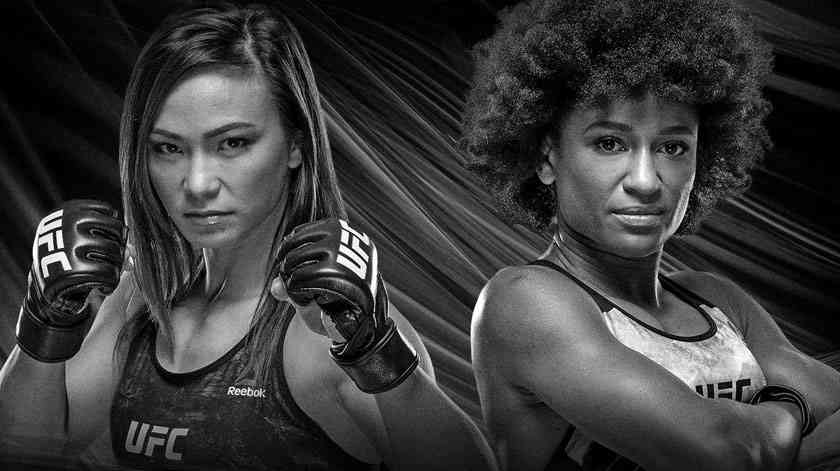 I’m coming off a 3 unit loss last weekend, which sucks. Hopefully I can get a cash injection this weekend as there are two Bellator events and a solid UFC card.

With no disrespect intended, I’m not high on Kyle Nelson as a UFC fighter.

“The Monster” packs a punch and has plenty of first round finishes on his record, but he doesn’t have the best overall skill set for MMA and he tends to fade badly as fights wear on.

Nelson is a true warrior and will come out with all guns blazing, but I think he’s in major trouble if he can’t put Billy Quarantillo away in round one.

Much like the Diaz brothers, Quarantillo will melt opponents with volume and attrition. He has a huge cardio advantage in this fight and I expect him to set a pace that Nelson can’t keep up with.

Quarantillo’s defensive wrestling is not great, but his high level BJJ and scrambling ability should keep him out of trouble if he does wind up on his back.

I’m hoping that Billy Quarantillo takes a beating early, because there could be an excellent live betting opportunity after the first round.

I was happy to rake in some cash a few weeks ago when Mike Rodriguez dismantled Marcin Prachnio inside of a round. Interestingly, I was banking on Rodriguez using his long range weapons to defeat a more compact opponent – yet he got the job done in the clinch.

In open space, I feel that Rodriguez will dominate and his straight left will land at will. However, he should also be able to hold his own in the clinch – which is the best facet of Ed Herman’s game.

It’s ironic that his opponent is nicknamed “Slow”, because Herman moves like he’s underwater and is ridiculously hittable at this stage in his career.

At 39-years-of-age, Herman still has plenty of heart and grit, but I would only favor him over lower tier light heavyweights.

Unless he can somehow get the fight to the mat and utilize his ground skills, I expect Herman to struggle with the speed deficit and 7-inch reach disadvantage.

I’m expecting Mike Rodriguez to win by KO/TKO, although there are some concerns with him doing two weight cuts in quick succession.

I’ve done a good job of betting Roxanne Modaferri’s recent fights. I bet her against Antonina Shevchenko and faded her against Jennifer Maia and Lauren Murphy – I just wish I got some of her +700 moneyline against the green and unproven Maycee Barber!

At 37-years-of-age, I’m not expecting anything new from “The Happy Warrior” this weekend.

Modafferi will always be a threat because of her grit, tenacity and stifling top game, but she’ll always be let down by her lack of inherent athleticism and weak striking.

With such glaring strengths and weaknesses, her fights are easier to predict than most.

With an extensive background in Muay Thai, Andrea Lee should win every second while the fight remains vertical.

Whether at range or in the clinch, “KGB” will have the upper hand.

While Lee can be taken down, she’s an excellent scrambler with a brown belt in BJJ and it’s difficult to establish a dominant position against her.

Listening to interviews, Lee emphasizes how important it is for her to not get taken down at all!

I think Lee’s takedown defense will hold up fine in the clinch and I don’t rate Modaferri’s open space takedowns. However, I could potentially see a situation where Lee gets taken down from a caught kick.

The UFC needs more flyweight contenders to face Valentina Shevchenko in the near future and I think they’re giving Andrea Lee this match-up at the right time.

“The Deathstar” is primarily a striker with fast hands and herky jerky movement – which makes it difficult to get a read on his timing. He has good slips and counters, which could be instrumental in this match-up.

While he’s had some bad knockout losses in his career, he hasn’t been finished since 2017 and is currently riding a seven-fight winning streak.

Ottman Azaitar is also a striker, but I don’t see as much finesse in his style. He will wade forward throwing big leaping hooks and power shots in the pocket, but he leaves himself open defensively and has been rocked badly on the regional circuit.

When you consider Azaitar’s wide-angled punches as well as his 3-inch reach disadvantage, he may need Worthy to brawl with him at close range in order to land the death blow.

I’ve seen Azaitar plant his feet and throw wild combinations with his head on the centerline, and that seems like the exact type of situation where Worthy could slip, counter and knock him out.

Both men fight with a kill or be killed mentality, so someone is probably taking an early nap in this co-main event.

I managed to get some action on Khama Worthy at the outrageous price of +138. He’s currently sitting at -135, and that feels about accurate to me.

Coming from a karate background, Michelle Waterson has an impressive array of kicks in her arsenal. While she’s certainly an effective striker, her boxing is not at the same level as her kicking game and we’ve seen her get picked apart by more competent kickboxers in the past.

While she’s not outclassed on the feet, Waterson will have her biggest advantage on the mat.

With a purple belt in BJJ, Waterson should be able to rack up control time or potentially maneuver her way to back mount and choke her opponent out. I’m not a fan of the head and arm throw that Waterson uses, but she does have more conventional takedowns at her disposal as well.

It’s interesting that this fight was rescheduled as a main event, because Waterson’s cardio has never been in question and a five round fight definitely favors her.

It feels like Angela Hill is competing every other week!

So much cage time must lead to comfortability, and that’s probably why we’re seeing Hill turn out her best performances at 34-years-of-age.

I expect the striking to be competitive, but I believe the straight punches of “Overkill” will find a home with regularity. If she can pump the jab, stay light on her feet and maintain a consistent pace for five rounds, Hill should earn a decision victory.

Hill uses a lot of movement and she’s been known to fade late in fights. Even if she’s up on the scorecards, I can see the championship rounds being sketchy for her.

Defensive grappling was a big problem in Hill’s first stint with the UFC – although she’s addressed some of those problems since then. Still, I wouldn’t be surprised if Hill gave away rounds lying on her back (particularly late in the fight when she’s tired).

I’ll side with Angela Hill as an outright pick, although I feel the value is marginal at -125.

UFC and Bellator plays are available at MMA Oddsbreaker Premium.