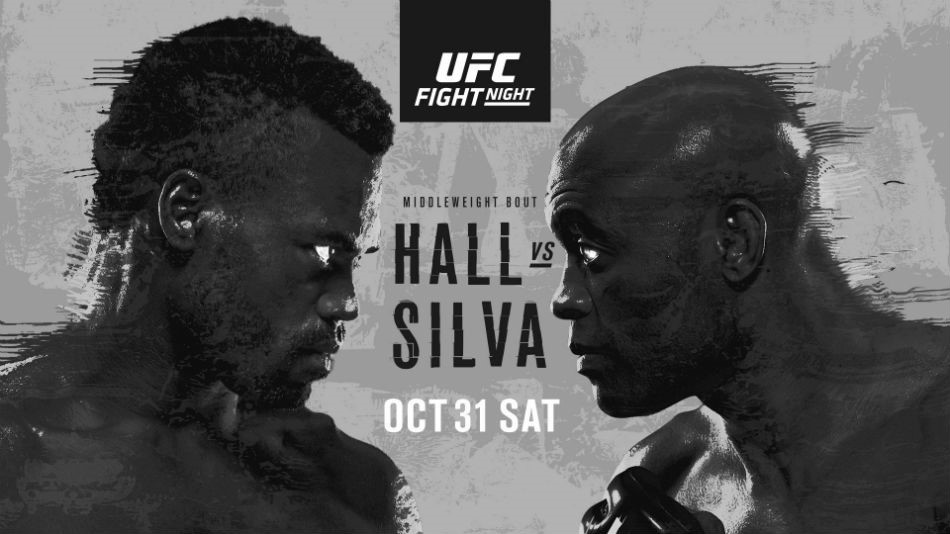 UFC Fight Night 181 looks like an entertaining card and I’m sure all the die-hard fans will be tuning in to watch the legendary Anderson Silva’s retirement fight. Here are my main card UFC picks from a betting perspective.

I’m glad to see Bobby Green putting a nice win streak together. I always had thought he had a high ceiling, but I wasn’t sure that he would ever live up to his potential.

Green isn’t one of the younger lightweights on the roster at 34-years-of-age, but super athletic dudes like him can usually stretch out their athletic prime a bit longer than the average fighter.

Predominantly known as a striker, Green has sharp hands and precise counters. If he can keep the fight standing, I’m pretty confident he’s going to land the more eye-catching shots over fifteen minutes.

While he can be taken down, Green is fantastic in scrambles and is nearly impossible to hold down. I could see him concede takedowns in this fight, but I’m inclined to believe that grappling won’t be a main talking point when all is said and done.

Thiago Moises is a skilled BJJ player and he does have good entries into his takedowns, but I think he’ll be forced to rely on his striking. That isn’t to say he’s incapable of pulling a submission out of thin air, but hitting an Achilles lock on Michael Johnson isn’t the type of thing he’ll usually get away with against competent opponents.

As far as striking goes, Moises is okay – but unremarkable. I feel that he’s at a footwork disadvantage and he’s very easy to back up, which is a bad look.

We saw Damir Ismagulov school Moises on the feet and I think Green can do the same.

The value is probably on Bobby Green to win by decision at -130, but if you want to just parlay him up then I can’t blame you.

Before taping this fight, my inclination was that Greg Hardy would simply walk Maurice Greene down and knock his block off – much like Greene’s fight with Sergei Pavlovic. That could definitely happen, but I’m far from certain after doing my research.

Hardy is a fast and explosive athlete with great movement for a heavyweight. He has a good jab, a powerful right hand and underrated countering ability.

I don’t think Hardy is the best defensive fighter and he seems susceptible to low kicks, which could be a plan of attack for a kick-centric striker in Greene (although Hardy is certainly capable of firing back with low kicks of his own)

Since blowing his gas tank against Allen Crowder, we’ve seen Hardy fight more methodically. If he doesn’t end the fight early, I could see the second and third round becoming competitive – simply because Greene will keep producing output.

There isn’t a lot of process to Greene’s striking and he doesn’t have much in the way of pure boxing ability. He’s uncomfortable when opponents work their way into punching range and often over-extends on his strikes, which leaves him vulnerable.

That said, Greene isn’t showing up just to crumble against the former NFL star and it wouldn’t be completely shocking if he pulled off the upset here.

I don’t have any interest in betting either fighter straight up, but I do think there is some value on the fight going to decision at +220.

If you take away all the tomfoolery and silly antics, Kevin Holland is a damn good fighter.

Standing 6’3 with an 81-inch reach, Holland has an extensive vocabulary of strikes to pick opponents apart from the outside.

Unlike some other well known fighters who are tall for their divisions, Holland is no slouch at fighting in close range either. “The Trailblazer” can hang in the pocket and has an underrated clinch game as well.

Holland’s takedown defense is not the best (which is expected given that he cuts hardly any weight), but you have to respect his crafty BJJ game if you want to take him to the mat.

I don’t think grappling will play much of a role in this fight. We’ve seen Makmud Muradov hit takedowns against regional opponents, but the Uzbek fighter is primarily a kickboxer.

Muradov throws crisp combinations and has great footwork. In fact, one could argue that he moves around a little too much – because he has a tendency to fade late in fights.

I like Muradov’s striking acumen, but I think this is a tough fight for him against a taller, longer, more technical out-fighter

I would pick Kevin Holland against most middleweights in an open space striking battle, and I think there is a bit of value on him at -150.

At 13-0, Bryce Mitchell looks like a promising prospect in the stacked featherweight division.

The BJJ black belt has shown off his fantastic ground game in his last two fights, finishing Matt Sayles with an outrageous twister submission and thoroughly dominating Charles Rosa from top position (who is a legitimate black belt in his own right).

Takedowns and top control should win Mitchell the fight, but I don’t have a solid read on his wrestling ability. He took Rosa down from caught kicks and the single leg he hit on Matt Sayles was incredibly soft.

Mitchell trains with a Division 1 wrestling team down in Arkansas, so I’d expect him to be making strides in that area, but Andre Fili is a competent grappler himself.

In his fight against Dennis Bermudez, Fili’s takedown defense looked pretty good. However, he’s shown a lack of urgency to scramble back to his feet when he does wind up on his back – this was particularly alarming in the second round against Sodiq Yussuf (who is basically a pure striker).

On the feet, Fili should have a sizable advantage – but is he actually planning to keep the fight standing? We just saw Fili get into a blood and guts striking battle with an opponent who can’t defend takedowns to save his life, so he’s clearly not the type of guy to take the path of least resistance.

In interviews, Fili even said he’d like to submit Mitchell – which shouldn’t be on his radar whatsoever!

I feel like there is value on Andre Fili at +135, but he’s a difficult guy to trust with your money.

Once known as a flashy finisher with suspect fundamentals, Uriah Hall has added a lot of process to his game under the tutelage of the great Sayif Saud at Fortis MMA.

I like the way Hall has been fighting behind the jab more in recent fights, although that might be stifled against an unpredictable southpaw counter-striker like Anderson Silva.

Hall is great at making reads and landing the kill shot on opponents, but he has problems pulling the trigger and tends to give rounds away. On paper, Silva is exactly the type of opponent that should give Hall anxiety attacks and make him even more hesitant.

The thing is, Silva is now 45-years-of-age and his reflexes have slowed. Once compared to Neo in The Matrix, the Brazilian is far more hittable these days and is facing an opponent with fight-ending power.

Still, I do favor Silva to win rounds – even in his dilapidated state coming off a long injury layoff.

Perhaps I’m being nostalgic, but I feel like the value is with Anderson Silva at +194. I also quite like Silva’s decision line at +350.