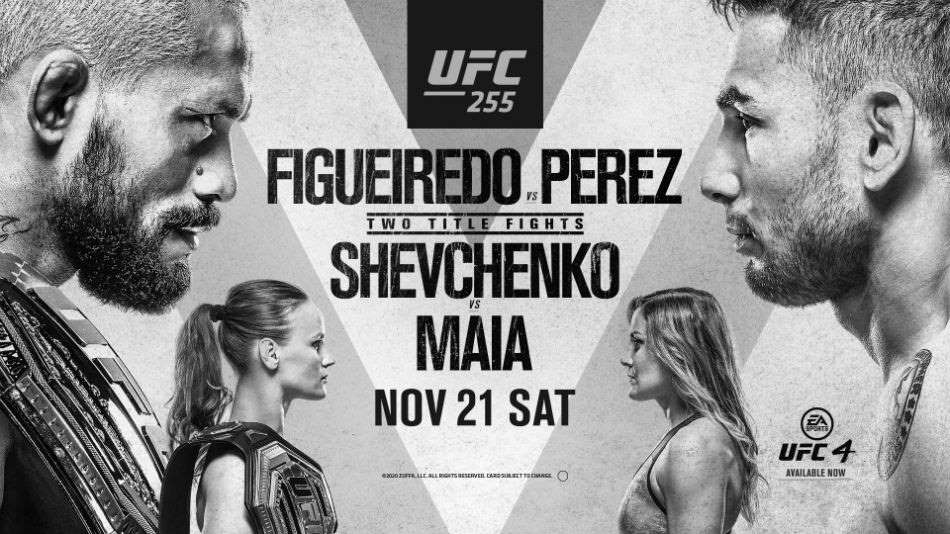 UFC 255 looks like an excellent card and I’m ready to get my gamble on. Deiveson Figueiredo and Alex Perez headline the event with a thrilling flyweight title clash.

Much to my annoyance, the initial contest between these two light heavyweights was ruled as a draw. I felt that Mauricio “Shogun” Rua won a clear 29-28 decision, but you can’t count on the judges to get things right.

At his best, Rua was a phenomenal Muay Thai striker, but he looks shot to pieces these days. His knees are weathered and his reflexes are so slow that he can’t get out of the way of strikes anymore.

Still, he doesn’t have to rely on his striking to win here. Rua is an excellent wrestler and should be able to take Paul Craig down at will – as we saw in the last contest.

Unlike some of Craig’s previous opponents, Rua is a savvy BJJ black belt and is extremely unlikely to get caught in a guard submission. If Rua is able to secure top position, I see him landing peppering shots until the end of the round.

It sounds crazy to say, but Craig is probably the more dangerous striker in 2020. He’s clearly improved over the years and has gone from being dreadful on the feet to serviceable.

The Scottish fighter throws a clean 1-2 and is dangerous in the clinch with his knees. Against a dilapidated opponent, it wouldn’t be shocking for Craig to win by knockout.

Both fighters have obvious paths to victory and I don’t think one is more likely than the other. Give me the Brazilian veteran at +150 and up.

In her flyweight debut, Cynthia Calvillo was able to take down and control Jessica Eye for large portions of the fight. She doesn’t have the most explosive takedowns, but she times her entries brilliantly and will chain attempts together until she gets her opponent to the mat.

Calvillo floats well on top and I can see her riding out rounds if her wrestling is successful.

On the feet, Calvillo’s boxing is nothing to write home about – but the threat of the takedown will often limit the striking threat from her opponents.

Katlyn Chookagian is much taller and longer. In open space, she should be able to pump the jab and fire teep kicks to rack up points, but she doesn’t have the power to deter smaller fighters from closing the distance on her.

I liked the knee that Chookagian showed against the much shorter Jessica Andrade, and she would be wise to try the same attack when Calvillo level changes.

Chookagian is a BJJ brown belt, but she’s not much of a wrestler. I can see her threatening with submissions off her back, but she might have a tough time scrambling her way to her feet if she does get taken down.

Worryingly for Chookagian, she’s mentioned that retirement and starting a family are on her mind – and that isn’t something I like to hear from a fighter I’m wagering money on.

I feel like Cynthia Calvillo probably wins this fight with takedowns and positional control, but -220 seems like a very steep price to pay.

Tim Means is a strange guy to bet on. Sometimes he looks like a top tier contender, while other times he drops the ball completely.

I don’t think we’ll see any new wrinkles in his game at 36-years-of-age, but he’s certainly the more technical striker and should look to utilize his height and length against a more compact opponent.

Means has good pocket boxing and sharp counters, although he often takes one on the chin to give one back – which seems sketchy against a hard puncher like Mike Perry.

Interestingly, Means is a southpaw and some of Perry’s worst performances were also against southpaw strikers.

We saw Means crack his last opponent with a left high kick and that’s the same strike Geoff Neal landed on Perry to send him staggering backwards towards the fence before the finish.

Perry has some power, but he blocks punches with his face and a lot of his shots come at wide angles. The smaller octagon favors “Platinum”, but he will have to pressure relentlessly and not allow himself to get backed up.

You have to handicap a fight based on skills first and foremost, but I’d be concerned about laying cash on Perry considering his crazy antics outside of the cage. He’s talked about having a problem with alcohol and it’s not a good look for a professional fighter to get into brawls with random dudes in bars.

I could see this going either way, but I’ll side with the more technical striker in Tim Means at plus money.

Like every women’s flyweight title fight, this is a mismatch.

Jennifer Maia is a good pocket boxer with a black belt in BJJ, but she’s completely outclassed here. I just don’t see a clear path to victory for the Brazilian and I’m not even interested in taking a stab on her at +800.

It’s going to take something special to dethrone Valentina Shevchenko, and I can’t see that happening anytime soon.

Shevchenko is lightning fast and can play the counter-striking game if she wants, or she could take the fight to the mat and dominate from top position. Despite her submission victory in her last fight, Maia is generally not proficient at fighting from her back.

I have no interest in betting this fight, but Valentina Shevchenko should roll comfortably.

I can’t remember seeing a more potent finisher in the flyweight division than Deiveson Figueiredo. The Brazilian is an explosive Muay Thai striker and can damage opponents at any range with any limb.

Wagering on his power and durability, Figueiredo doesn’t mind a 50/50 exchange because he’s confident that he’ll come out on top.

For all of his strong points, the Brazilian does have some shortcomings. With so much explosive power, we’ve seen him slow down late in fights and this one could potentially last for 25 minutes.

While dangerous in terms of opportunistic submissions, I wouldn’t say Figueiredo is the most complete MMA grappler. We saw him get taken down and controlled by Jussier Formiga and he’ll be facing a solid wrestler in Alex Perez.

On the feet, Perez needs to be extremely careful. He likes to box in the pocket and that could be a recipe for disaster in this contest.

Instead, Perez would be wise to get his leg kicks going. This will help to compromise Figureido’s movement and take some pop away from his devastating right hand.

Perez has good wrestling and top control, so that would probably be the most sensible approach – at least in the first two rounds when he’s most at risk of being knocked out.

An early knockout for Deiveson Figueiredo is the most probable outcome, but I wouldn’t touch him at -300. This feels like an obvious underdog or pass situation, and where is the fun in passing?