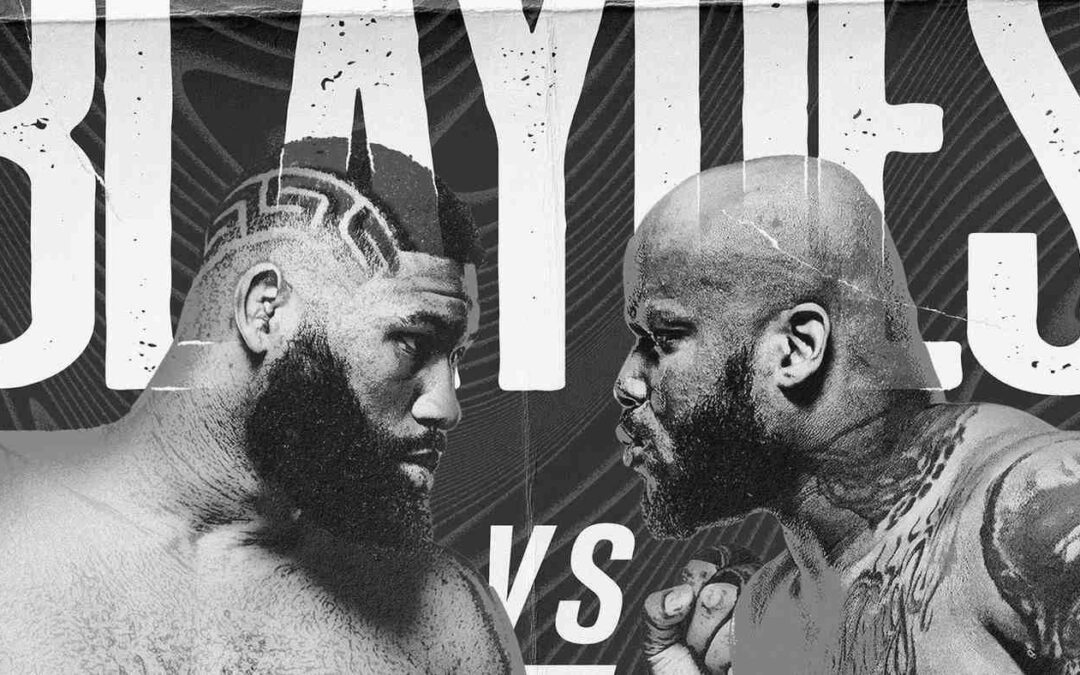 UFC Fight Night 184 looks like a good card for betting and the headliner is an explosive heavyweight clash between Curtis Blaydes and Derrick Lewis. Here are my main card UFC picks from a betting perspective.

Spike Carlyle is a certified maniac. “The Alpha Ginger” is not one to pace himself and will throw all caution to the wind trying to finish his opponents as fast and brutally as possible.

While not a refined striker, if he connects with one of his big looping shots – he’s going to cause damage. The guy is a physical specimen at featherweight and few can match his explosiveness (early in the fight, at least).

With a black belt in judo and a solid ground game, Carlyle prefers to take the fight to the mat – and I think he’ll be able to this weekend. If he can’t get the submission or TKO in round one, there is a good chance that he will fade as the fight progresses.

Bill Algeo lacks a bit of physicality, but he’s a skilled Muay Thai striker and can hold his own on the mat.

I don’t think Algeo is a great wrestler, but his first layer takedown defense is serviceable. Still, if Carlyle wrestles with persistence then I think he can get him down.

Can Algeo weather the early storm and stage a rally in the second half of the fight? I wish I had a clear answer.

Algeo is the much more technical striker and has the capability to tee off on a tired opponent, potentially even putting him away.

I’ll side with Spike Carlyle as an outright pick, but I have no interest in betting him at -175. This fight could be a great opportunity as far as live betting goes.

I don’t have a solid read on this fight, so I’ll keep it brief.

Takashi Sato has one of the cleanest left hands in the game and he throws it with zero wind up. Sometimes he uses the jab to disguise it, but the left hand is the main threat as far as his striking offense.

The Japanese fighter moves light on his feet and also has a black belt in judo, which we don’t see him use very much.

I would expect Sato to be making improvements now that he’s training under Henri Hooft at Sanford MMA, but you shouldn’t bank on improvements if you’re putting money on the line.

Miguel Baeza trains at MMA Masters with a notorious southpaw welterweight contender in Colby Covington, so at least he’s getting some southpaw looks in the training room.

There is definitely a rawness to Baeza’s style and he can get a bit reckless defensively (as we saw in his last fight against Matt Brown). I like his low kicks and he’s got some major steam on his right hand.

There might be some value on Takashi Sato as the +130 underdog, but I’m not confident by any means. I’m passing on this fight, but I’d probably take over 1.5 rounds at -130 if I was forced to make a play.

Despite a dreadful UFC debut, Parker Porter isn’t as bad as he looked in that fight. Going through his regional footage, you can tell he has some decent boxing.

Porter is mobile for a heavyweight, has a good jab, a powerful overhand and some crafty counters too.

From a technical perspective, Porter is the way better striker and should be able to out-land his opponent if he can maintain his preferred boxing range.

The problem for Porter is that he’s very hittable, is at a power disadvantage and has a questionable bottom game.

Josh Parisian’s striking is absolutely terrible in open space. He likes to throw naked kicks and awkward spinning techniques, which he often gets away with as a powerful heavyweight.

When standing at range, I feel that Parisian is most effective with his low kicks. I’d like to see him attack the lead leg of the boxing-centric Porter (he has a large target to aim for) instead of trading punches.

Parisian should be the more dangerous fighter in the clinch and if he can get the fight to the mat, he has a great chance of putting Porter away. We saw him shoot a double leg on Matunga Djikasa and then finish him shortly thereafter, so I’d assume this would be his game plan.

Things could get interesting if Parisian can’t get an early finish, since Porter has good cardio for a big dude.

I’ll side with Josh Parisian to get a first round TKO from ground strikes. That said, Parker Porter by decision is sitting at +800 and there might be some value there.

Coming back from two terrible losses, Anthony Smith looks to get back into the win column again.

While he’s vulnerable to head strikes and low kicks, Smith is a potent Muay Thai striker and should have a clear advantage whenever the fight stays standing. Whether at range or in the clinch, I expect “Lionheart” to dish out damage.

Smith has struggled to defend takedowns throughout his career. While he’s a competent grappler when he’s the one in a dominant position, he doesn’t offer much off his back.

Against a wrestler/grinder like Devin Clark, this could be problematic.

At range, Clark is limited and usually throws one strike at a time. His striking mainly serves the purpose of setting up his wrestling, which is fine considering his suffocating style.

While he’s been finished numerous times, Clark is gritty and will fight for your money. In his last fight against Alonzo Menifield, he absorbed a lot of damage and fought with a fractured orbital bone to emerge victorious.

While Anthony Smith is far more likely to finish, I suspect this will turn out to be a close fight where the judges are weighing up control time versus damage. As far as betting goes, I’d probably wager that the fight goes to decision at -115.

In a classic striker versus wrestler match-up, it’s obvious what each man will be looking to do.

Curtis Blaydes has explosive takedowns in open space and good cage wrestling as well. As opponents are trying to scramble to safety, he’s usually able to hit mat returns and continue dishing out punishment.

In a division where most fighters are measuring risk versus reward in terms of energy expenditure, an athletic wrestler like Blaydes has a clear edge over the division (now that Cain Velasquez has retired).

Blaydes is not a sitting duck on the feet. He showed some improvements in his striking against Junior Dos Santos, but he probably doesn’t want to mess around too much against an opponent that throws nuclear bombs like Derrick Lewis.

While certainly not a technical striker, Lewis only needs to connect once to put your lights out.

Lewis has been taken down repeatedly throughout his career and doesn’t have much of a ground game – but has been able to power his way out of bad positions time and time again.

The way “Black Beast” can just stand up with another heavyweight lying on top of him defies all logic, although he might have a tougher time against a strong top control wrestler this weekend.

That said, every round starts on the feet and we saw Blaydes slow down in the championship rounds in his last fight. If you’re paying the juice on Blaydes, your heart will be in your throat every second that the fight is standing.

It’s obvious why Curtis Blaydes is favored and there might be some value on his decision line at +270.