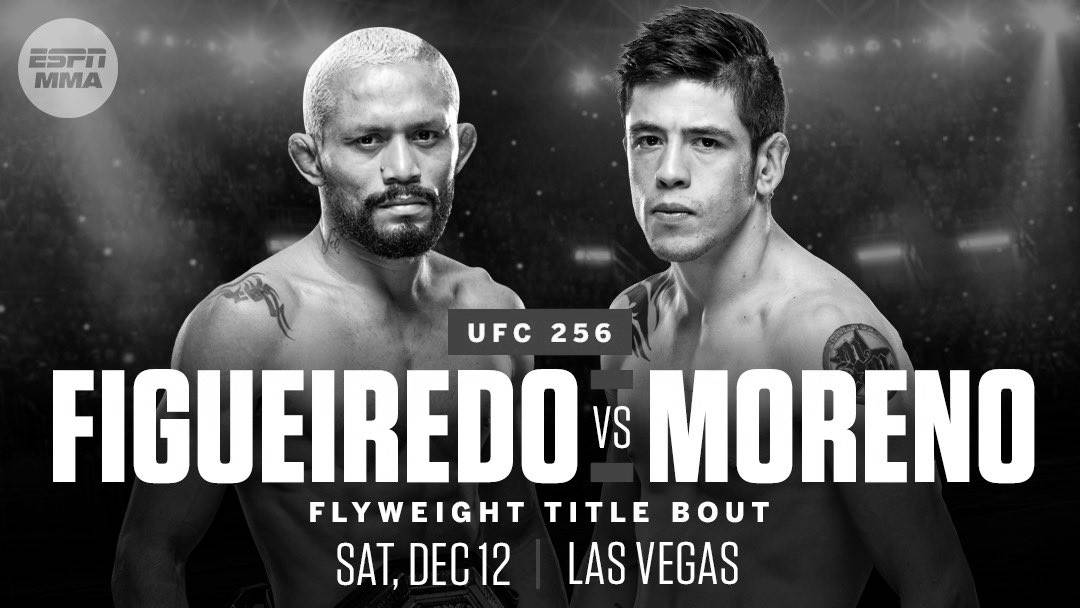 UFC 256 is headlined by a phenomenal flyweight title clash between Deiveson Figueiredo and Brandon Moreno. Both men are making a quick turnaround, so it remains to be seen how they’ll handle the situation with minimal time to prepare.

We’ve never seen a more potent finisher in the flyweight division than Brazil’s Deiveson Figueiredo. Whether on the mat or the feet, “Deus da Guerra” only needs a tiny window of opportunity to take his opponent out.

I bet against Figueiredo in his last fight with the full knowledge that an early finish for him was the most likely outcome – and it happened.

He managed to lock onto a guillotine during a scramble and then sucked his opponent into his guard, which had Perez tapping for mercy seconds later.

The Brazilian has so many offensive weapons and I wouldn’t be surprised if he finished this fight in the first couple of rounds as well, but it’s far from a certainty.

Figueiredo cuts a lot of weight and I don’t think the short turnaround is in his favor. Furthermore, his explosive style makes me question whether he’ll be able to sustain the same kind of output if we reach the later rounds.

Compared to his first stint in the UFC, Brandon Moreno looks vastly improved – particularly on the feet.

I guess you don’t have to look far to get good boxing training in Mexico!

While Moreno is hittable, I love his clean combinations and counters. If he can avoid getting obliterated by his opponent’s powerful right hand, the Mexican fighter is capable of landing the cleaner shots and winning minutes on the feet.

We know that Figueriedo leaves his chin high and isn’t afraid to take one in order to give one back. It’s worked out for him well so far, but a more technical boxer like Moreno could give him problems (on paper, at least).

Don’t sleep on Moreno’s grappling either. He’s not the best wrestler, but I trust his submission defense far more than Figueiredo’s last opponent.

It’s obvious that Figueiredo should be the favorite, but I think he’ll need another early finish to justify his price tag. He’s going to get dragged into deep waters eventually, and it could happen this weekend.

If this fight goes past the first round and a half, Moreno will be an extremely live underdog and I’d favor him in the championship rounds.

Call me crazy, but I’m going to take a shot on the underdog.