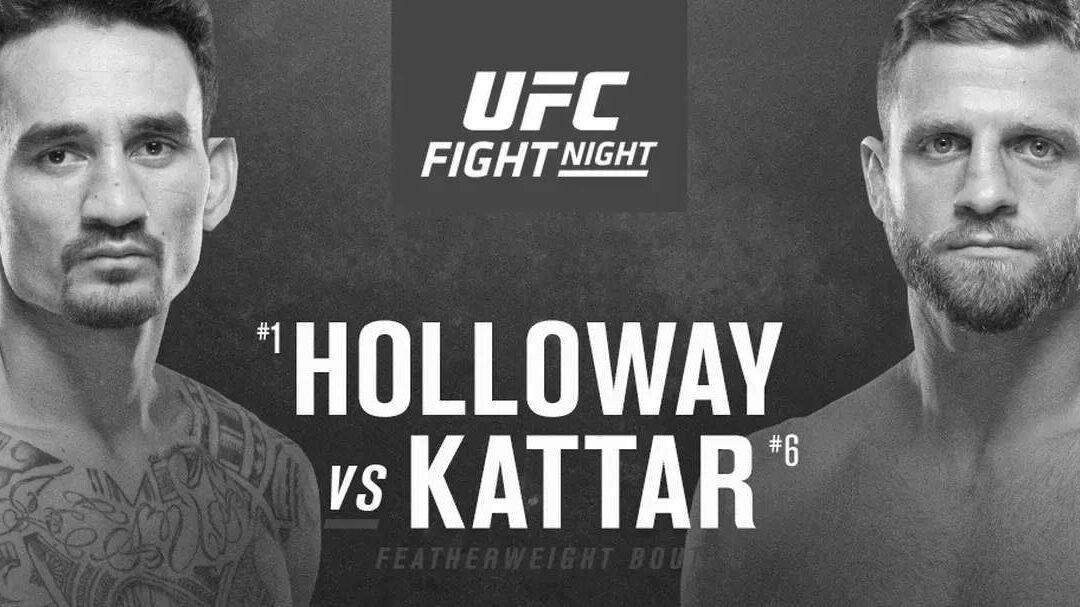 We’re treated with an excellent featherweight clash to start the year as surging contender, Calvin Kattar, takes on former champion, Max Holloway, in the main event of UFC Fight Night 184. Here is my breakdown of the fight from a betting perspective.

Also known as “The Boston Finisher”, Kattar has some of the best pure boxing ability in the UFC.

The right cross is Kattar’s money punch and he has numerous creative paths to set it up.

He has a piston of a jab and a smooth left hook. Against Ricardo Lamas, he faked the jab in order to land the cleanest 3-2 I’ve ever seen.

This is relevant, because Holloway got tagged up by both the jab and left hook in his previous contest against Alexander Volkanovski.

As with most boxing stylists, Kattar leans heavily on his lead leg and is therefore vulnerable to low kicks. Holloway isn’t a hard kicker, but attacking Kattar’s lead leg could disrupt his boxing rhythm.

I give Kattar the advantage if both men are trading head strikes at distance and I also believe he’ll be able to land hard counters as Holloway enters the pocket.

Kattar comes from a high school wrestling background, so he should be able to keep the fight standing.

Having lost his title in a razor close bout that could’ve gone either way, Holloway will be looking to get back into contention as soon as possible.

The Hawaiian is known for weaponizing his cardio, forcing opponents to fight at a pace they can’t keep up with and then melting them as the going gets tough.

The output Holloway produces is insane and he never shows signs of slowing down.

Holloway is at his best when he has his opponent compromised and is slipping and ripping in the pocket. However, singular power strikes from Dustin Poirier prevented Holloway from getting into an offensive groove and I think Kattar is also capable of stopping his momentum.

Aside from leg kicks, Holloway should look to target the body. He was successful in landing to the midsection of Jose Aldo and we saw Kattar struggle with body shots in the second round against Shane Burgos.

Holloway is not as defensively sound as his opponent and has relied on his durability throughout his career. I’m not saying he’s going to get knocked out this weekend, but he’s facing an opponent that can crack and all the damage he’s absorbed is going to catch up to him sooner or later.

All signs point to this being a back and forth contest with both men having periods of success.

I wouldn’t be surprised if Holloway won, but I’m siding with Kattar for a couple of reasons. Firstly, I think he’ll find a home for his jab and left hook.

Also, his powerful counters will be instrumental in disrupting Holloway’s offensive flurries. If Kattar can deal with the leg kicks and body shots, I think he has a great chance at winning this fight.

I would cap Kattar as a slight favorite, so I think there is a bit of value at +138.