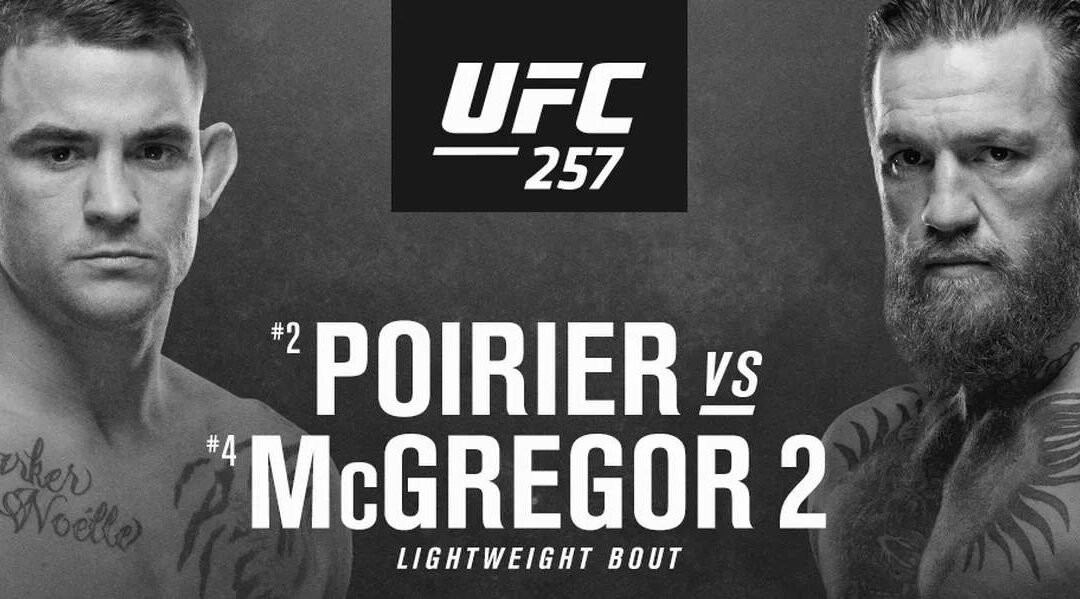 UFC 257 looks like a great card and the main event features a spectacular rematch between Conor McGregor and Dustin Poirier. Will “The Notorious” add another emphatic knockout to his highlight reel, or can “The Diamond” make adjustments and emerge victorious?

Coming from a background in Muay Thai, Marina Rodriguez is a proficient striker.

In open space, she throws a clean 1-2 and has good teep and low kicks. She’s also effective from the Thai clinch and has the perfect frame to devastate shorter opponents with knees at close range.

The problem for Rodriguez is her grappling, or lack thereof.

Her takedown defense is below average and she’s clearly inexperienced on the mat. This doesn’t bode well for her against a skilled BJJ player and judoka in Amanda Ribas.

Against a kick-centric striker, I expect Ribas to apply pressure and force Rodriguez to fight off the back foot.

Interestingly, Emily Whitmire attempted to secure the Thai clinch against Ribas and was taken down and submitted shortly thereafter. I could see something similar play out here (Ribas’ most effective takedowns are trips and throws from the clinch).

Once Ribas is able to pass the guard of Rodriguez, I think we’ll see her take home a neck or an arm. Unlike Carla Esparza, I can’t imagine Ribas will be content to simply burn the clock while controlling her on the mat.

I can’t argue with the heavy juice on Amanda Ribas, this looks like a grappling mismatch.

I’m not sure what to make of Ottman Azaitar.

His regional footage looked underwhelming. He’d often get taken down, rocked and dropped by opponents that would have no business competing in the UFC.

He’s performed far better in the UFC, but he’s finished both opponents early on.

We still don’t know whether his cardio or grappling skills have improved, or how his durability will hold up against hard hitting lightweights.

On the other hand, we know exactly what we’re getting with Matt Frevola.

“The Steamrolla” will come forward swinging big looping shots, and if he doesn’t take your head off then he’s shooting the double leg in order to pummel you on the mat instead.

His ultra-aggressive style leaves him open to counters and he’s facing an opponent with proven knockout power.

Limiting open space striking exchanges and trying to drag Azaitar into deep waters with a grappling-heavy game plan seems like the smartest strategy for Frevola, but I don’t think he’s a strategic kind of guy (check his fight with Polo Reyes for reference).

I don’t have a clear read on this fight, but I’m hoping we see the later rounds so I can get some questions answered about Ottman Azaitar.

Primarily known as a Muay Thai striker, we’ve seen some new wrinkles in the game of Joanne Calderwood since moving to Syndicate MMA.

She submitted Kalindra Faria off her back and mixed in takedowns to earn a decision victory over Ariane Lipski.

Calderwood’s coach and fiance, John Wood, will have seen Jessica Eye get dominated on the mat in her last contest and I’m confident that grappling will be part of his game plan. Whether she’s able to hit takedowns or not, I’m not sure.

Eye looked dreadful on the scales against Cynthia Calvillo and I suspect her performance was compromised by a rough weight cut. Typically, she’s not a bad wrestler.

I feel that Eye is the better athlete and her boxing pressure should cause problems for Calderwood. The Scottish fighter is kick-centric and we saw her struggle with the boxing offense of her last opponent, Jennifer Maia.

Calderwood is not a hard puncher and only has the teep kick to maintain distance, so I think she’ll have a hard time getting Eye’s respect.

I feel like there is value on Jessica Eye at +100, I would cap her as a moderate favorite.

Michael Chandler is someone I’ve been watching for years, but I never thought we’d see him in the UFC.

Despite his accolades as an NCAA Division 1 All-American wrestler, Chandler is known for his big knockouts and is not a lay and pray type of grappler. We often see him stepping in with huge right hands and separating combatants from their consciousness.

He still performs well at 34-years-of-age, but he’s been in a lot of wars. In addition to getting starched by Patricio “Pitbull” Freire, I’ve seen him get rocked in numerous fights – so his durability could be waning.

Given that his hands are his main weapons, it will be interesting to see how he fares against a taller, longer and more dynamic opponent.

Dan Hooker is not a plus athlete, but he’s tough as nails, extremely crafty and has many tools in his arsenal.

My guess is that Hooker will try to pump the jab and attack with low kicks, frustrating Chandler before walking him onto a huge knee or right cross.

Hooker is very hittable if you can close the distance on him, but that’s easier said than done. He’s also difficult to take down, as is common among the City Kickboxing stable.

Dan Hooker is currently listed as a slight favorite, and I think there is a bit of value there.

With the potential for a boxing match against Manny Paquiao somewhere on the horizon, Conor McGregor has selected another southpaw boxing stylist to go to war with in former foe, Dustin Poirier.

The Irishman has a reach advantage and is able to slip and counter with blistering precision, so it’s easy to see why he’s favored against an opponent that wants to square up and swing hammers in mid-range.

The southpaw versus southpaw match-up opens up the calf kick for both fighters. We saw McGregor attack the lead leg of Nate Diaz in their 2016 rematch and the same option is there for Poirier.

Interestingly, Mike Brown (the head coach of Poirier) cornered Kyoji Horiguchi last month against an opponent that had a reach advantage and stood heavily on his lead leg. The game plan to invest in low kicks worked beautifully and I’m sure the victory is still fresh in his mind.

Surviving the first two rounds will be crucial for Poirier. I don’t think he can hit takedowns when McGregor is fresh, but a grappling onslaught could be extremely effective if the Irishman starts to tire.

Poirier should have the cardio advantage, but I’m not confident he can avoid getting knocked unconscious in order to capitalize on it.

I’ll take Conor McGregor as an outright pick, but there is no way I’m betting him at -300. I’m hoping for a live bet opportunity on the other side.