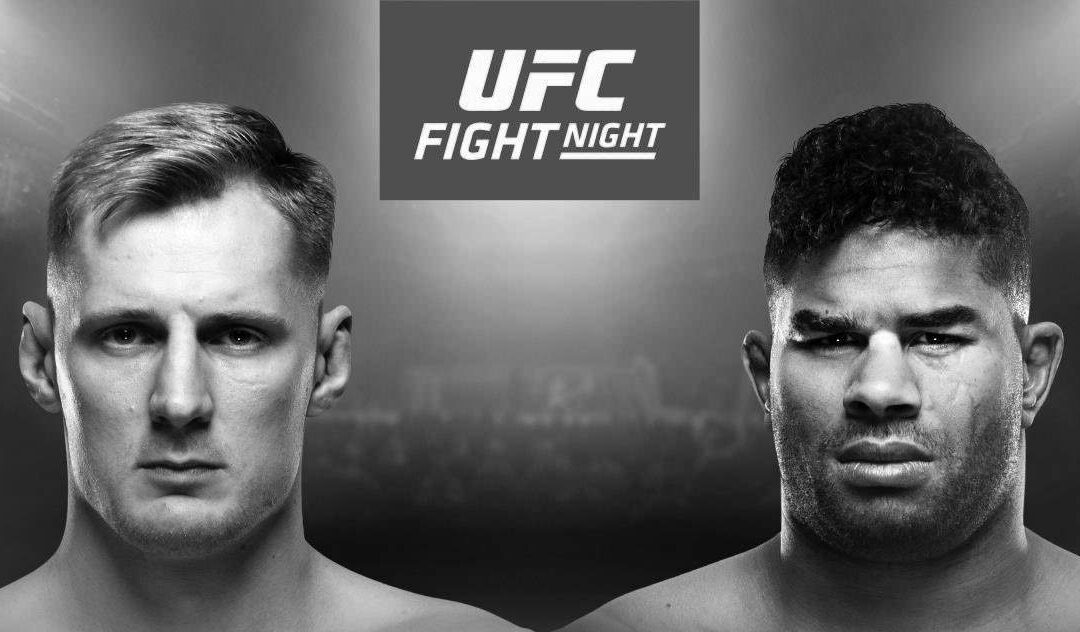 I’m coming off a disastrous UFC 257 card where I got my ass handed to me. I got foolhardy after a hot run at the end of 2020 and bet on fighters with red flags that I shouldn’t have trusted.

I’m glad 2021 is a long season with plenty of shows, because I’m looking to get back into the black starting this weekend.

Here are my main card picks for UFC Fight Night 184.

In the first encounter between these two warriors, Diego Ferreira was a limited grappler competing in MMA – but he’s improved his game by leaps and bounds training at Fortis MMA under Sayif Saud.

These days, we see Ferreira pressuring opponents and boxing them up. There is nothing remarkable about his striking skills, but his double jab and right cross combinations work perfectly well.

Pressure will be the name of the game against Beneil Dariush, who fights from the southpaw stance and does his best work in open space.

Dariush has a good inside leg kick, left body kick and is an effective counter-striker. It will be interesting to see if he tries to utilize his clinch game as Ferreira closes the distance on him, because he doesn’t want to be trading punches in the pocket.

We’ve seen Dariush slow down in fights and his chin is not the best. This makes me wonder what will happen if he’s not able to knock out or severely compromise Ferreira in the first round – because the Brazilian is known to keep a relentless pace.

As far as grappling goes, both men are high level black belts. Ferreira has the superior pedigree on paper, but I have a suspicion this fight will primarily take place on the feet.

I think Diego Ferreira might have a difficult first round, but I’m picking him to take over down the stretch. This could be a great fight for live betting.

While not blessed in the reach department, Cody Stamann is a proficient boxer with sharp counters. His ability to mix in takedowns provides an additional threat, because opponents are always anticipating the level change.

While his top control could be better, “The Spartan” is a great athlete and can usually rinse and repeat with takedowns throughout the fight.

I don’t think he’s ever going to be in the title picture, but you can rely on him to put on good performances against a certain level of competition.

Stepping in on short notice, Askar Askar will be making his UFC debut in undesirable circumstances.

With no disrespect intended, I’m underwhelmed by his footage.

He looks like a competent wrestler and top position grappler, but I don’t think that’s a viable path to victory against Stamann.

His offensive striking seems serviceable, but he has a tendency to brawl with little to no head movement (this is how he was violently knocked out in a 2020 regional fight).

I feel that Cody Stamann is the superior fighter in all aspects, so I’m not surprised he comes with a -400 price tag.

A powerful and athletic striker, Manel Kape has been racking up knockout victories in RIZIN against opponents of varying skill.

Kape moves well, throws fast and accurate punches and fights well out of both stances. When he switches to southpaw, look out for the head kick – which is one of his most dangerous weapons.

I can understand why the UFC have signed him and I’m sure he will put on some exciting fights in years to come, but he has some major deficiencies in the grappling department.

He has a fast sprawl, but can be taken down pretty easily when chaining attempts or with a well-timed entry. While he possesses a brown belt in BJJ, his positional awareness on the mat looks questionable.

In a 2018 fight, Ulka Sasaki had him in numerous bad spots throughout the contest.

He’s a relatively young fighter at 27-years-of-age, so he could be making improvements – but we have to rely on the footage available as gamblers.

Alexandre Pantoja’s striking style is not as aesthetically pleasing, but he’s capable of dishing out damage.

The Brazilian stands flat-footed and is hittable, but is dangerous with his boxing blitzes, body kicks and leg kicks. I feel that leg kicks could be particularly effective against Kape.

With a black belt in BJJ in his back pocket, he’s free to open up with his striking and won’t care if the fight hits the ground in any position.

Pantoja is a phenomenal transitional grappler and aggressive guard player. Dragging Kape into his spider’s web seems like the obvious strategy for him, so I hope he doesn’t take the path of most resistance and get involved in an idiotic brawl.

I have questions about Alexandre Pantoja’s fight IQ, but this seems like a great match-up for him on paper.

Cory Sandhagen is perhaps the most nuanced striker in the bantamweight division. He gives opponents plenty of looks and keeps them perplexed with his shifting, flurries and unpredictable movement.

While “The Sandman” can be taken down, he’s a great scrambler and is adept at getting back to his feet. He does sometimes give up his back however, as we saw in his fight against Aljamain Sterling.

At 5’11, Sandhagen is the biggest bantamweight on the roster, which is ironic given that Frankie Edgar (standing 5’6) only recently moved down from featherweight.

Edgar is known for his perpetual movement, blitzing attacks and unpredictable level changes.

While still competitive at 38-years-of-age, he’s a lot slower and hittable these days. Against Chan “Korean Zombie” Sung Jung, Edgar came crashing forward with his head on the centerline and was brutally punished for it.

The game plan for Edgar will be to keep it reasonably competitive on the feet and mix in takedowns in order to rack up control time, but it feels like a tall order.

I wouldn’t bet Cory Sandhagen at -400, but there might be some value on his decision line at -104.

A stalking kickboxer, Alexander Volkov is known for his clean combinations, stinging counters and front kicks to the body.

I liked the way he applied pressure against Walt Harris and picked his shots wisely when he had his foe pinned against the fence.

A well-timed knee could be useful for him in this fight, as I expect Alistair Overeem to put on his wrestling shoes.

Overeem is more of a sniper these days and primarily throws single strikes. I suspect he will opt to fight southpaw and try to catch Volkov with a huge left hand or body kick.

The Dutch fighter can be backed up against the fence and will use the crazy monkey defense at times, which I’m not a fan of. This is not a position you want to be in against a hard-hitting opponent like Volkov.

As the Russian enters punching range, look for Overeem to try and secure the clinch – where he’ll go for his favored trip takedowns. Volkov lacks takedown defense, but is good at limiting his opponent’s offense from the closed guard position.

That said, Volkov put on a noticeable amount of muscle mass after his fight with Curtis Blaydes and I wouldn’t be surprised if defensive wrestling has been a focal point in the gym.

Every round starts on the feet and there is a big discrepancy in terms of durability. If Overeem gets knocked unconscious yet again, I can’t see a route back to a title shot for him at nearly 41-years-of-age.

Overeem could have a path to victory with takedowns and positional control, but I wouldn’t say it’s a probable outcome.

I like Alexander Volkov here and I think he wins with style points.