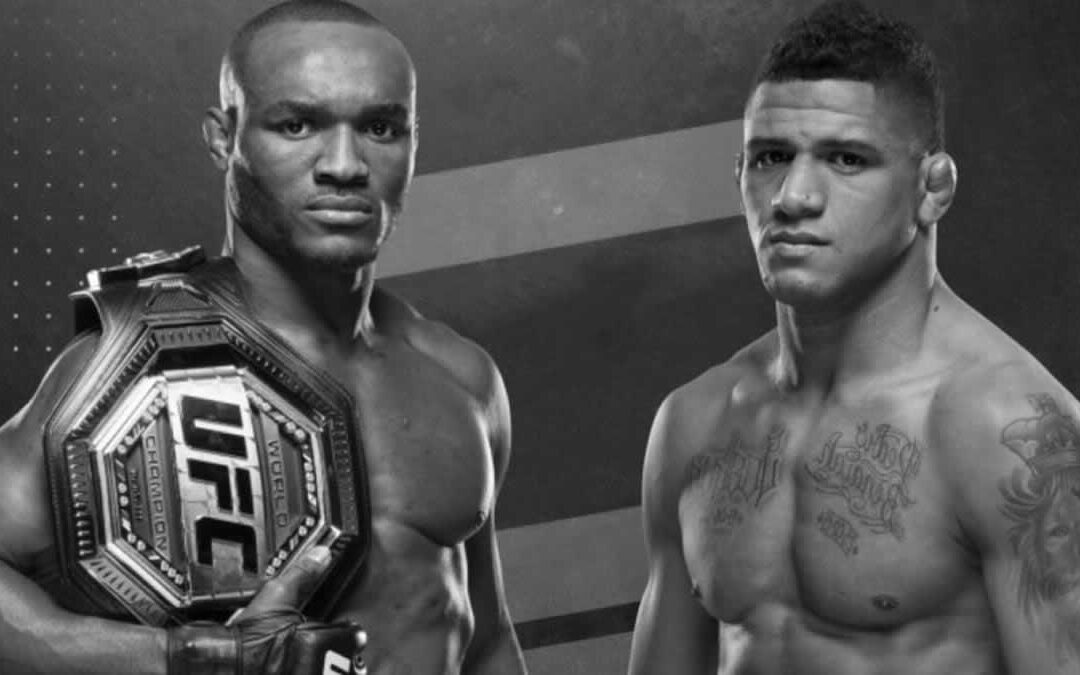 I’m coming off a superb card where I hit a clean sweep with my plays, which was much needed after a negative January. I’m hoping to keep momentum rolling as I head into UFC 258 this weekend.

Here are my main card UFC predictions from a betting perspective.

We haven’t seen Julian Marquez in the octagon since 2018. During his long injury layoff, he ballooned up in weight and it sounds like he’s been through the ringer on a personal level.

Marquez will go for submissions when the opportunities arise, but he’s primarily known as a striker/brawler that wants to walk opponents down and line them up for a huge right hand or left hook.

He often throws caution to the wind defensively, but his chin is rock solid.

We’ve seen him manage his energy poorly and slow down in the past, but I wouldn’t be surprised if he turns in a more composed performance now that he’s training under James Krause at Glory MMA.

Like Marquez, Pitolo’s main weapons are his hands. The Hawaiin picks his shots well, rips the body effectively and has a good check hook.

His fight IQ has been a major issue in his career thus far. He put on a hideous performance in his UFC debut against Callan Potter and randomly dived into a guillotine after getting the better of Darren Stewart on the feet.

Pitolo has been knocked out a few times, but only at welterweight where he was depleting himself to make the cut. His chin looks better at middleweight.

With everything considered, this looks like a highly competitive fight and I’m inclined to believe the value lies with Maki Pitolo at +145.

Standing 5’11 with a 75-inch reach, Andre Ewell has an absurd frame for the bantamweight division.

Primarily a boxer, Ewell fights from the southpaw stance and has a blistering straight left as well as fast combinations in the pocket (when he’s fresh, at least).

After the first round, he loses some pop on his punches and you can see him breathing with his mouth wide open.

His takedown defense and ground game are highly dubious, but that probably won’t come into play here.

With his wide stance, he’s susceptible to low kicks. He probably came out orthodox against another southpaw in Jonathan Martinez to avoid the outside calf kick, and was blasted with one every time he returned to his more comfortable southpaw stance.

Chris Gutierrez primarily fights out of the orthodox stance, so his favored outside calf kick won’t be available. I think he’ll look to attack with inside leg kicks and right body kicks, because he’s completely outclassed in terms of boxing ability and will be at a severe reach disadvantage.

I wish there was some footage of Gutierrez facing southpaw competition, but he’s a main training partner of Martinez – so he should be getting plenty of rounds in the gym.

I could see a close decision going either way, so I’ll side with Andre Ewell as the +130 underdog.

Coming off a streak of losses against stellar competition, Kelvin Gastelum will look to re-enter the middleweight title picture with a win this weekend.

Despite his college wrestling background, Gastelum primarily likes to strike. From the southpaw stance, he will crash the distance quickly in order to land his patented 1-2 combination.

While his offense is primarily just the jab and left cross, you don’t need a flamboyant arsenal of attacks to be an effective striker – and Gastelum is proof of that.

Ian Heinisch is far more raw on the feet. He has good low kicks and a clubbing right overhand, but I don’t see much process behind his striking.

He’s going to need to land inside low kicks early and often, because he can’t compete in a pure boxing match.

Heinisch will have a significant size advantage and he’s a skilled wrestler and scrambler, but Gastelum’s takedown defense generally holds up well.

This feels like a stylistically favorable match-up for Kelvin Gastelum, but I’d need a better price than -225 in order to take a pop.

Maycee Barber is physically dominant for a female flyweight, although her skill set is a work in progress.

She throws powerful looping shots and heavy kicks, but her defense is porous.

Barber leaves her chin sky high and is open to counters after throwing naked kicks. We saw J.J. Aldrich and Roxanne Modaferri land punches on her chin and she’s facing a much more skilled striker in Alexa Grasso.

A life-long boxer, Grasso has good striking fundamentals. She keeps her chin tucked, hands high and throws crisp shots down the pipe.

Grasso is also adept in the clinch, which is the strongest aspect of Barber’s game.

To her detriment, Grasso can be taken down and controlled on the mat – although Barber doesn’t seem like much of a wrestler. Still, Barber is extremely young and it wouldn’t be surprising if she’s made some improvements since we last saw her inside the octagon.

Based on the footage available, I’m inclined to believe this will be a striking match and I have to side with the superior technician in Alexa Grasso.

It’s easy to see why Kamaru Usman is nicknamed “The Nigerian Nightmare”.

A chain wrestler with elite strength and cardio, it’s nearly impossible to stop Usman from having his way with opponents – even though they’re always aware of his plan of attack.

The only time we’ve seen Usman struggle with adversity was against Colby Covington, but that was an anomaly against the only opponent who could match him in the wrestling department.

Usman has decent boxing and can hold his own at range, but he does his best work mauling opponents in the clinch, taking them down and draining their will to win as he lands strikes from top position.

What can Gilbert Burns do to win this fight?

The Brazilian may have the advantage at distance. He certainly has the more varied offense and could find success with low kicks.

That said, I expect Usman will be looking to catch kicks and convert them to takedowns.

Burns is usually comfortable off his back, but I don’t think he’ll have much success fishing for submissions or trying to sweep Usman. Burns would be live to get a submission if he could secure a dominant position on the mat, but that feels unlikely to me.

I think Burns would be best to throw caution to the wind and go all out for an early finish, because he’s at a cardio disadvantage and risks being grinded out and losing a decision like all the other welterweight contenders who stood before him.

The biggest intangible of this fight is that both men are former training partners and have hundreds of sparring rounds together. Burns wouldn’t have taken this fight if he thought he couldn’t win.

I love taking shots on wide underdogs, but I think this is business as usual for Kamaru Usman.