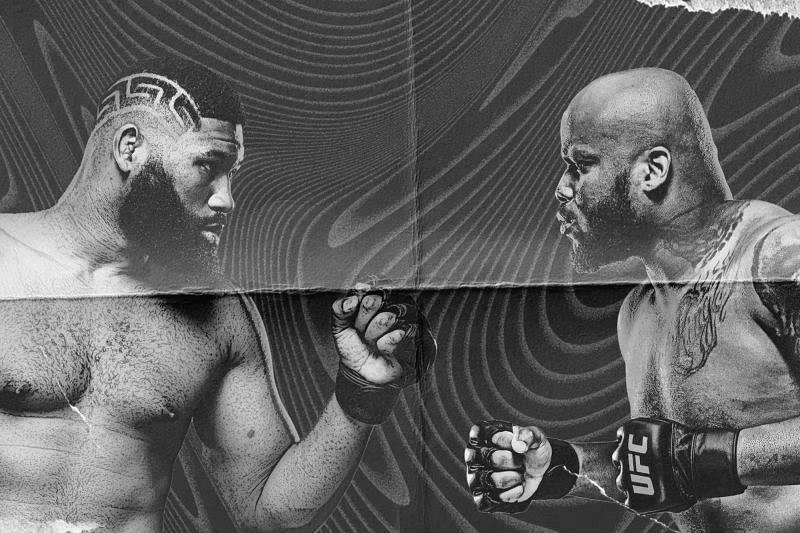 I’m coming off a solid weekend where I won 3.6 units. I’m aiming to stay hot, because I love UFC Fight Night 185 from a betting perspective.

At 42-years-of-age, Andrei Arlovski can still hang at the elite level and he’s made some adjustments to his game as he’s got older.

When training at Jackson’s MMA, he was hilariously one-dimensional and used to head hunt with the right hand against every opponent. He fights much more intelligently now and often prefers to hang back and counter – which is a wise approach against younger, faster competitors.

While he has the skills to turn this into a close, low volume contest – I think Tom Aspinall is a difficult match-up for him.

The British fighter comes from an amateur boxing background and applies pressure intelligently. He throws fast combinations, which will be essential as he looks to back up an evasive opponent and clip him with the second or third shot.

Given that his footage is limited, I couldn’t get a solid read on Aspinall’s grappling. He does have a BJJ black belt, so perhaps a ground attack will be part of the strategy?

Aspinall has fought lower level competition and most of his finishes have come in the first round. This is a bit of a red flag at heavyweight, because we don’t know how his gas tank will hold up if he’s dragged into deep waters.

I like Tom Aspinall here stylistically, but there is no way I’d bet him at -240. There might be some value on the fight going the distance at +135.

Coming off a spectacular first round knockout victory, Phil Hawes will look to keep momentum rolling and make his stamp on the middleweight division.

I wouldn’t say he’s the most technical striker. He likes to wade into the mid-range and throw hammers – which worked out well for him against the severely out-matched Jacob Malkoun.

However, his aggressive style has some drawbacks and we’ve seen him slow down as fights progress. All that muscle mass needs oxygen, so it’s not a surprise he’s a bit of a front runner.

Nassourdine Imavov is more languid in his approach. His output is quite low, but he has more offensive tools in his arsenal and good countering ability.

Despite being hittable, his chin is solid and he looks difficult to take down and hold down.

I’ll side with Nassourdine Imavov as an outright pick, but I feel he may have to weather an early storm. This could be a great fight for live betting.

It’s crazy to think that Aleksei Oleinik made his professional debut in 1996!

The Russian fighter is still competing at 43-years-of-age, although he’s been the victim of some brutal knockouts in recent years.

His approach is linear and predictable. He throws wild looping shots in order to work his way into the clinch, then tries to drag opponents to the mat and choke them unconscious.

He’s most famed for his outrageous Ezekiel Choke, which he can also lock in from a standing position.

It’s all well and good submitting the likes of Maurice Greene and Junior “Diaper Man” Albini, but he’s struggled against higher level opponents.

Chris Daukaus looks like a solid prospect and could be a force to be reckoned with in the heavyweight division.

He moves well for a big man and has fast hands. If the fight takes place in open space for extended periods, I’m convinced he finds the knockout.

Importantly, Daukaus looks savvy in the clinch. He digs for underhooks well and I think Oleinik may struggle to control his upper body in order to execute his favored takedowns.

If the fight does hit the mat, Daukaus has a BJJ black belt to rely on. Considering Oleinik’s poor gas tank, Daukaus may only need to use his defensive grappling in the first round before he’s able to open up with his striking.

I like Chris Daukaus here and believe there is plenty of value on him at -160.

A submission grappler with a kill or be killed ethos, Darrick Minner isn’t known for going to the scorecards.

He typically throws wild haymakers to force an entanglement as soon as possible, and is so confident in his guard game and sweeping abilities that he’s happy to go to the mat in any position. He’ll often jump for guillotines, which is a high risk maneuver at the UFC level.

The footage we’ve seen of Minner may be deceptive however. This will be his first full camp training under James Krause at Glory MMA and he’s spoken about improving his fight IQ.

Furthermore, Minner fought several of Krause’s fighters before he joined his camp. This is a coach who is acutely aware of his strengths and weaknesses.

Krause is one of the most intelligent minds in the game and I’d be shocked if we don’t see a more methodical approach from Minner against an opponent who has some obvious holes to exploit.

I expect Charles Rosa to be on his bike, where he should have a clear advantage at kicking range. This will be in the small octagon however, so maintaining distance could be more challenging – particularly since he’s not a hard puncher and lacks pure boxing ability.

Rosa is a good grappler when he’s the one in a dominant position, but his takedown defense is porous and I don’t think he’ll have success fishing for submissions off his back.

We saw Bryce Mitchell take Rosa down and dominate him from top position. While Minner has been known to give up positions in search of submissions in the past, I think he has the ability to replicate Mitchell’s game plan if he desires.

I’m picking Darrick Minner to come through as the +160 underdog.

As far as pure skills go, I’m high on Ketlen Vieira. The Brazilian is one of the most well-rounded fighters in the bantamweight division and is comfortable wherever the fight takes place.

Vieira is a fluid boxer, in the pocket and at range. However, her grappling is the strongest part of her game.

Drawing from a background in judo and wrestling, Vieira has a plethora of techniques to disrupt the balance of her opponents and plant them on the mat. The Brazilian applies heavy pressure from top position and one takedown for her is likely a round in the bank.

Worryingly, Vieira slows down in the second half of fights and I think there is a strong chance she gives up round three in this contest.

Yana Kuitskaya could provide some frustrating offense at distance, firing lead leg side kicks and teeps against a more boxing-centric opponent (although she’ll have to be careful she doesn’t concede takedowns from caught kicks).

The Russian fighter does her best work in the clinch – and this is where the fight will be won or lost in my opinion.

The objective will be to dig for underhooks, control the upper body, land meaningful offense and not succumb to the judo trips of Vieira. She did this well against the likes of Lina Lansberg and Julija Stoliarenko, but Vieira is a completely different caliber of grappler.

I’m inclined to believe the value is with Yana Kunitskaya at +230, but I’m not confident by any means.

Derrick Lewis is an unpretentious guy. He’s a brawler, not a martial artist (as he’s stated himself on numerous ocassions).

While deficient in skill, “The Black Beast” is gritty and possesses extreme knockout power – which has carried him far in his career.

He’s always capable of landing the bomb and detaching opponents from their consciousness, but he’s an atrocious round winner and dreadful grappler.

He concedes takedowns in every fight and allows opponents to advance to dominant positions, yet powers his way back to his feet using brute strength.

It’s incredible that he’s only been finished once on the mat in his UFC career, and that was against the great Daniel Cormier.

Curtis Blaydes should be able to land takedowns at will. He’s spoken about taking the path of least resistance in his fights, and considering that he’s in a division full of heavy punchers – can you really blame him?

While he favors control over finishes, I think he can have his way with Lewis on the mat.

The only way I see Blaydes losing this fight is if he gets clipped on an entry in the first few rounds. Blaydes gassed against Alexander Volkov, but I think do a better job of controlling Lewis and making him carry his weight – which should diminish the knockout threat as the fight progresses.

I strongly favor Curtis Blaydes and I think he gets the job done inside the distance.